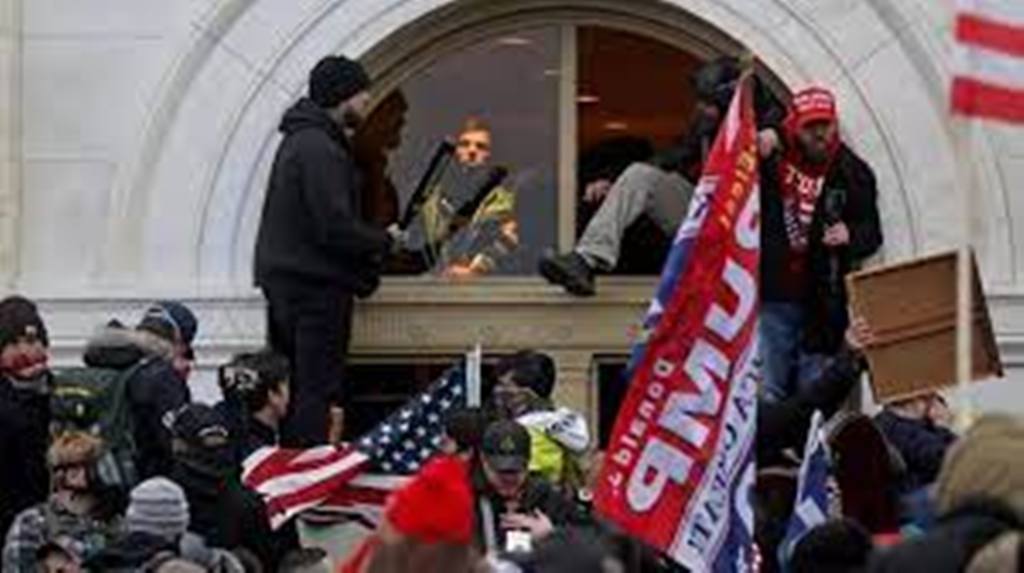 In this report, senators speak of “significant, widespread and unacceptable failures.”

“The attack was planned for all to see”
“The attack was planned for all to see. These are the words of the chairman of the Senate internal security committee, co-author of this report. According to the senators, as of December 21, that is to say two weeks before the attack, the intelligence service of the Capitol police knew that individuals were planning to come armed to the demonstration. And these weapons were intended to confront the police who would prevent them from entering the building.

Intelligence also knew that these supporters of the former president were sharing maps of the Capitol on social networks in order to assess the best way to get inside and block the entrances. Because the future rioters also sought to determine in advance how to trap the elected officials to prevent them from certifying the victory of Joe Biden in the presidential election.

This information confirms that the attack on the Capitol was not spontaneous. But this information was not shared with the police officers responsible for ensuring the security of the Capitol. As a result, neither their workforce nor their equipment was reinforced before January 6. They expected a routine meeting write the senators.

A unit to coordinate intelligence services
And in this report, these Senate committees also blame federal agencies like the FBI for their lack of anticipation. The FBI, but also the Department of Homeland Security did not alert in time. The report notes that the FBI did warn of a risk of violence but only the night before Donald Trump’s meeting. Much too late, and in a simple email.

Suddenly, in their recommendations, the commissions ask to improve communication between intelligence services by creating a coordination unit. That said, even better communication would not have been enough to avoid the worst, the report says, as only a dozen police officers tasked with protecting the Capitol had received adequate riot training and none were adequately equipped. The senators therefore also propose that the Capitol police chief can request emergency support from the National Guard without waiting for the green light from the federal agencies, which may be delayed, as we saw on January 6.

Donald Trump épargné
A major player of this day escapes all criticism: Donald Trump. The reason is simple: this is a bipartisan Senate investigation. No question therefore for the elected Republicans to scratch Donald Trump who still reigns almost absolute master over his party. At no time is the question of his responsibility in the January 6 attack therefore raised, at no time is his role recalled that day, especially when the former president called on his supporters to march on the Capitol. by repeating this big lie, as the media say, that the election was stolen from him.

Republican elected officials are doing everything to slow down the investigations around January 6. As a reminder, many called for an independent commission on January 6 like the one launched after the attacks of September 11, but in recent days Republicans have opposed it.