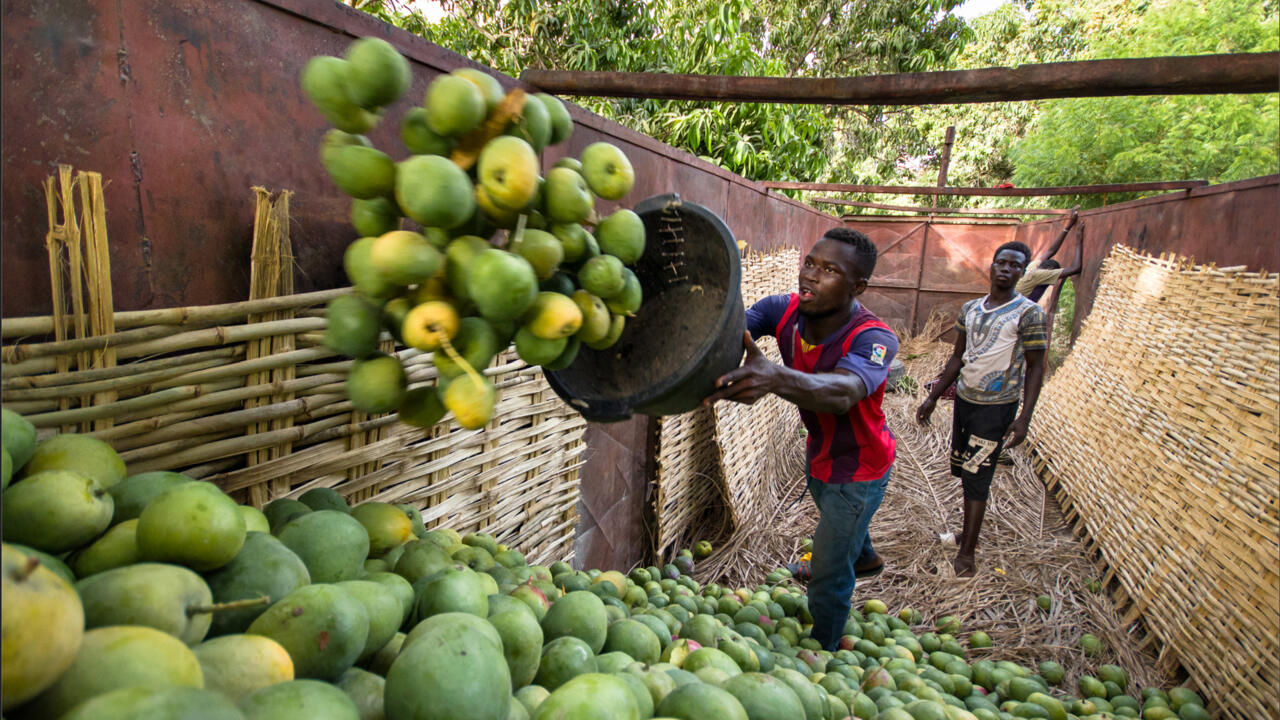 Mangoes are being harvested, especially in Casamance, a region in southern Senegal which provides 60% of the 150,000 tons produced each year in the country. But producers face the scourge of the fruit fly, an invasive pest that rots mangoes and has a negative impact on their income.

With our special correspondent in Casamance

At the foot of trees emptied of their fruit, a few mangoes rot on the ground. Producer Awa Sané sold her harvest earlier than expected, before it was attacked by the fruit fly. ” When it’s not raining, there are no flies. But when it starts to rain, they come and the mangoes start to fall. Many rot, laments the producer. That’s why we cut everything. We sold that. The money is not favorable, but we are forced to sell quickly. »

In the orchard of the village of Tionkesil which supports several families, the producer Idrissa Agnaba, estimates the losses at more than 50% because of the fruit fly. ” It’s costing us a lot of money. When the picking arrives, we take only those of good quality, and the others, we throw them away. There are many mangoes that have fallen. We could have kept them, but since we don’t have companies to transform them, the only thing we do is pick it to sell, regret the producer. The best thing is to sell the mangoes by the kilo. This is where we find ourselves a little bit. »

Ali Ndoye is banabana, that is to say a trader who buys Casamance mangoes to resell them on the markets of Dakar or Touba. He reduced his purchase price to cushion the losses. ” We too are affected by the fly, because we buy the mangoes and when we arrive in Dakar everything is spoiled, so we have huge losses, he indicates. I start harvesting in June until there are no more mangoes, before the fly invasion it was until December, but now I have to stop earlier. »

But the risk is even greater for farmers whose production is exported to the European Union. This is the case of Malick Coly. ” It prevents us from really having substantial income to be able to really earn and live with it. Mangoes are first attacked at tree level by flies, explains the farmer. Sometimes, when you pick them before they ripen, there are already worms. This is detrimental to those who export mangoes to Europe. In a container, discovering a single rotten mango, you pay for the destruction. Because it is rigorous monitoring of the products that enter. »

In 2021, of the 24,000 tons of mangoes exported, no Casamance cargo was intercepted and only three nationwide, according to Boubacar Seydi, president of the mango sector innovation platform.

Annexed by Russia, Crimea becomes the new focus of the war in Ukraine