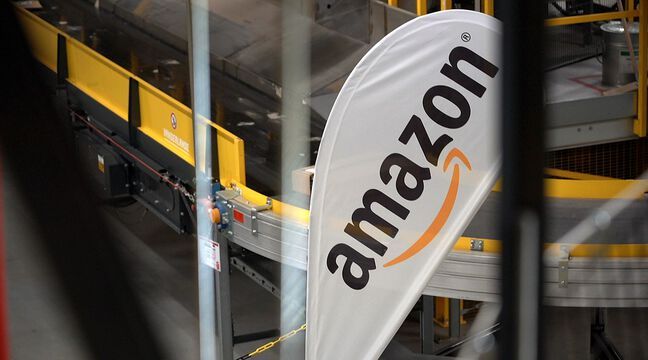 Several hundred activists and citizens gathered on Saturday morning in several cities in France to protest against Amazon, especially near the
Pont du Gard, where the American mail-order giant plans to set up a 38,000 m2 warehouse.

At the call of local associations who fight against this project located in the town of Fournès (Gard), near the world heritage jewel, but also several other environmental and anti-capitalist associations, some 800 to 1,000 people came to plant shrubs on Saturday morning in front of two large banners proclaiming “Stop Amazon” “Neither here nor elsewhere”.

A human chain over 14 hectares

They also formed a human chain to show the influence of the planned project along the A9 motorway over 14 hectares. Multicolored balloons floating at 18 meters showed its height, equivalent to a five-story building. “For two years, citizens of Fournès and the surrounding area have been fighting against the establishment of a huge Amazon warehouse. At the beginning they were a little alone against all but succeeded in slowing down the project thanks to legal recourse »still in progress, explained Raphaël Pradeau, national spokesperson of Attac.

“Little by little, the fight widened with other national associations and we created a coordination of the various local struggles against Amazon projects”, he underlines while other mobilizations were planned Saturday in France, especially in Metz, Quimper or Rouen. “We want to show that these are not small isolated struggles and that we can mobilize hundreds of people who are ready to come back to prevent work,” he adds.

The working conditions in question

A little further on, Sarah Latour, 38, came with her two sons, 8 and 6, who are happily planting a fragile strawberry tree in holes previously dug in the wasteland on which vines previously grew since they had been uprooted. . “These plants, these shrubs that we are planting today are a symbol of life in relation to the concreteization that Amazon practices”, explains the young woman.

“I came with my children because I don’t want this harmful model for them,” adds the mother living in Ardèche. Opponents of the American online sales giant blame it in particular for the destruction of jobs and small businesses, poor working conditions, artificialization of soils, and a negative impact on climate change.