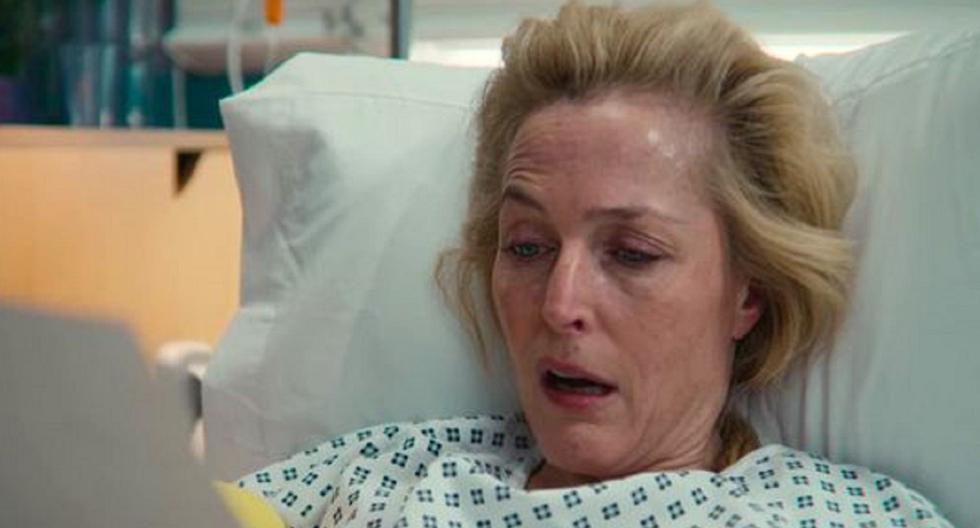 As young people deal with love, personal, family and school problems in the third season of “Sex Education“, from Netflix, Jean Milburn (Gillian Anderson) must tell her ex that she is pregnant, but when she finally tells the truth and seems close to starting a new family, something suddenly falls that can change everything.

MORE INFORMATION: What does the end of the third season of “Sex Education” mean?

After talking to Jakob (Mikael Persbrandt) and attending therapy together, Jean and Ola’s father decide to move in together and try to be a family, which becomes torture for Otis and his ex, who must now behave like siblings.

As the pregnancy progresses, both Jean and Jakob have doubts about their decisions and the future that awaits them together. Additionally, an encounter with a former casual partner of the therapist raises suspicions from Jakob, who requests a DNA test.

Jean’s delivery is early, but despite the complications, mother and daughter are saved. However, Jean’s peace of mind is over when she receives the results of the DNA test. Although she does not share the information, her reaction of surprise is not what she expected. So who is the father of Jean’s daughter? It will probably be revealed in the next episodes of “Sex Education”.

MORE INFORMATION: Absolutely everything about the fourth season of “Sex Education”

WHO IS THE FATHER OF JEAN’S DAUGHTER?

Although from the reaction of Otis’s mother it is unlikely that the father of that girl is Jakob, no option can be ruled out. Perhaps it was another reason for Jean’s surprise. If anything, how will you deal with the news? Will he hide it or tell the truth?

Considering that in the second season of “Sex Education“Jean cheated on Jakob with Otis’s father, it is possible that Remi Milburn (James Purefoy) is the little girl’s real father. Does it mean that you will return to your family? Without a doubt, it will be a great conflict.

MORE INFORMATION: Who is Hope Haddon in season 3 of “Sex Education”?

It is also possible that the father of Jean’s daughter is an occasional partner of the therapist, including Dan himself. In fact, it was he who raised Jakob’s doubts and motivated him to request a paternity test. In any case, it will be something that will be resolved in the fourth season of “Sex Education”.