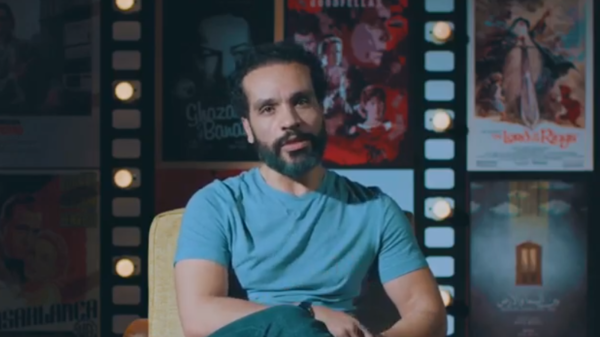 The details of Case No. 6238 of 2021 Heliopolis Felonies in the Egyptian capital, Cairo, revealed shameful details of the incident7 girls accused of an Egyptian artist of trying to harass They were humiliated and raped.

The details included the facts of what happened to the Egyptian artist Shadi Khalaf, who was recently referred to the criminal trial on several charges, including harassment, indecent assault, and rape, inside an acting training workshop he owns in Cairo and Nuweiba in South Sinai.

The details included that the accused works as an artist and owns an acting training workshop called “Studio That”, and last July 4, several reports were received from girls regarding the accused’s attempts to rape and indecently assault them while receiving training lessons, and the girls revealed in their reports that the accused tried to kiss and touch them. Sensitive parts of their bodies, touching their chastity areas, and forcibly removing their clothes.

Violent acts and reports against him

The girls stated that the accused tried to engage in offensive acts with them, and when they refused, he expelled them from the workshop, but they retracted reporting the facts for fear of their reputation, and after that they learned through social media that the accused had committed such acts with others, so they wrote down what happened to them on one of the communication sites. social.

Counselor Yasser Abu Ghanima, the first public defender of the East Cairo Prosecution, ordered that the case be referred to the relevant criminal court in the Cairo Court of Appeals, while the accused continued to be held in pretrial detention.

It is noteworthy that Shadi was born on October 13, 1977, and is the son of the poet and former official in the Ministry of Interior, Nabil Khalaf. The artist participated in many films, including “The Three They Work for It”, “365 Days of Happiness”, and the first in love, which is chaos, and talk to me thank you, and when it is easy.

The Giza Criminal Court, a few years ago, punished the father of the young artist with 3 years in prison, received 62 million and 120 thousand pounds, and removed him from the job, in a case known to the media at the time to seize the funds of the Ministry of Interior.

Khalaf, who composed and wrote songs for great singers such as the Lebanese singer Wael Jassar, Nancy Ajram, Ali Al-Hajjar and Muhammad Mounir, was at the time the account manager in the ministry.