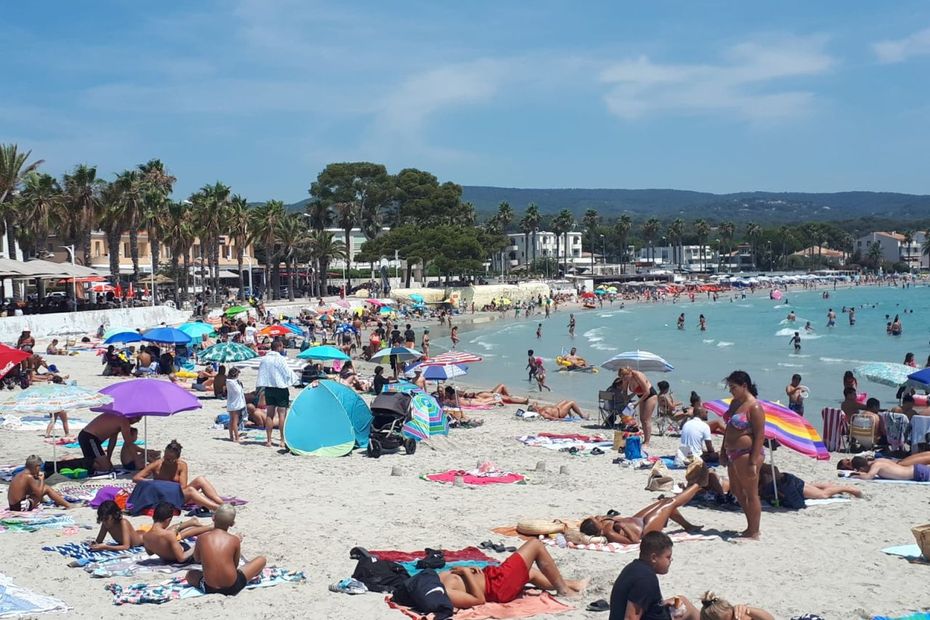 On the eve of a new announced mobilization of anti-health passes and while the Var has gone under increased restrictions, should we expect stricter measures in the Bouches-du-Rhône, where the epidemic situation continues to degrade ?

At the same time, screw turns are multiplying everywhere, especially in the Var. In recent weeks, the epidemiological situation has deteriorated significantly in the Paca region.

In the Bouches-du-Rhône, the indicators are red and the department could soon also switch to reinforced restrictions. France 3 explains why.

Bouches-du-Rhône is one of the five departments most affected by Covid-19 in mainland France. The incidence rate (number of Covid cases per 100,000 people) continues to climb, it is today at 226.

This is almost four times more than the previous week.

Bad figures, which could lead the Bouches-du-Rhône to follow the example of the Var which has tightened its health restrictions: the mask has become mandatory outdoors in 58 municipalities.

The Bouches-du-Rhône department is a worse pupil than its neighbor: the incidence rate is 226, against 138 in the Var.

The incidence rate is increasing particularly among 20-40 year olds. “This is explained in particular by a less extensive vaccination within this age group and also to an important social life during the summer period.”, explains the ARS (Regional Health Agency) Paca.

The Bouches-du-Rhône is today the department where there is the most people in intensive care. At regional level, according to data provided by ARS Paca, the bed occupancy rate is 24.3%.

Paca is one of the five regions, where “we can see that there is starting to be an increase in the number of patients on shifts”, Health Minister Olivier Véran said Thursday in the Senate.

We can think that initially the age group mainly affected by the epidemic rebound namely the 20/40 years will limit the impact on hospitalizations in intensive care. Secondly, we can fear that the contagion will spread to the older age groups and that the risk of serious cases will be real.

If, as in the rest of the country, since the end of April the number of people in intensive care has been decreasing, the curve is stabilizing and could well start to rise again. ARS Paca indicates hospitalizations of Covid patients have been on the rise for two weeks.

A trend also observed by the firefighters of the department. During the week of July 12 to 18, interventions related to Covid increased by 32%.

On its Twitter page, the Assistance Publique des Hôpitaux de Marseille (AP-HM) calls on the population to be vaccinated to avoid overloading hospitals.

In the AP-HM crisis cell today, the doctors are unanimous: currently people who develop severe forms of Covid are not vaccinated !!! Protect yourself ! Protect our caregivers: get VACCINATED!

The problem is that getting vaccinated has become more complicated. Since the announcements of Emmanuel Macron on July 12, demand has increased sharply in the Bouches-du-Rhône and is not absorbed by the places of vaccination.

In the week following the announcements, twice as many people received a first dose than in the previous week. As of July 18, 61.2% of the population aged 12 and over had received at least a first injection of vaccine and 51.6% had received a full vaccination schedule.

With the presence of many tourists in the Provençal territory and the share of the population who work in sectors where the health pass will be compulsory, vaccination sites are stormed.

To face it, the Regional Union of health professionals and liberal doctors in Paca asks to receive more vaccines, they denounce a shortage of doses.

With 57 clusters, the Bouches-du-Rhône is the most affected department in Paca. For the marine firefighters of Marseille, mobilized daily to do the monitoring of the presence of Covid in wastewater of the city, the outbreak of the Delta variant is there.

The more contagious variant is strongly detected in several districts of Marseille, including the very touristy one of Pointe-Rouge. The clusters are linked to family reunions or nocturnal festive places, explains the ARS. The concern now is whether this upsurge in contamination will have repercussions on intensive care admissions.