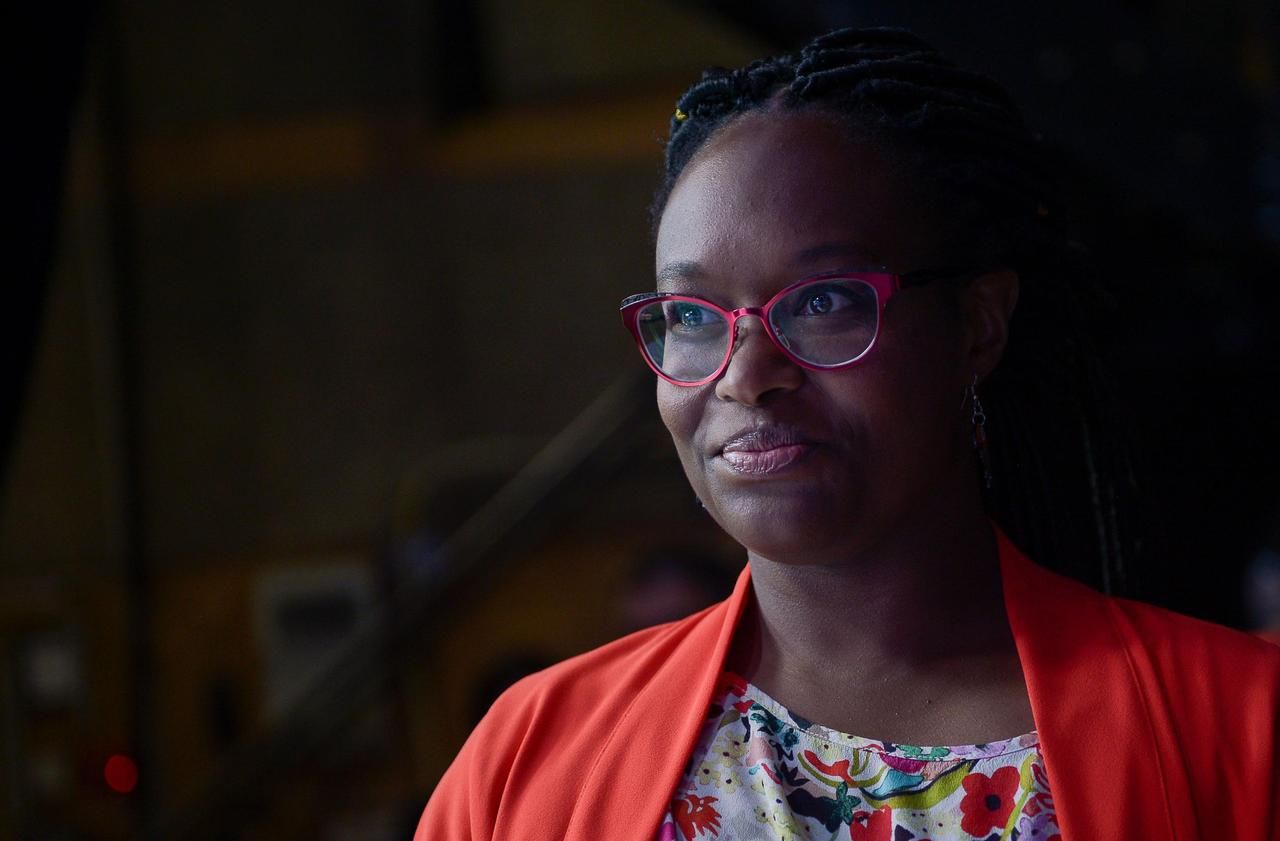 From the Rothelin-Charolais hotel to the upper floors of Adecco. After two decades in politics – she was an activist, collaborator, minister – Sibeth Ndiaye left the scene during the reshuffle in July, with the stated intention of “returning to civilian life”.

Epilogue of several months where, spokesperson for the government, she had concentrated the criticisms, in particular for having certified (in full shortage) not to know how to wear a mask. “She paid cash for her blunders,” observes a macronist. Good soldier megaphone also reflecting procrastination, contradictory messages, elements of language, of the executive and the experts. “Lightning rod in all its successive functions”, notes a relative, who also remembers the time when she was, at the Elysee, the guardian of a locked communication. Radio silence, since, duty of reserve in screen.

“When I switch to the private sector, my activist commitment becomes citizen, private, behind professional commitment”, she says. Because here she is general secretary in charge of “public affairs, legal, communication and employment solutions” of Adecco France, world number one in temporary work. “A very big job,” blows a friend. She wanted to take on responsibilities in a company, the process took several months. “It was less easy for her than she imagined,” slips a former government official.

Some see it as a revolving door – “her job is to be paid to prepare for 2022”, scratches a familiar of the executive. “Given the responsibilities of the function, it cannot be revolving door! We can be pros in politics, but not necessarily professionals in politics, ”retorts the MEP and adviser to the president, Stéphane Séjourné. It was proposed to him to take the head of a large public institution. She said no. “She needed to restore her health outside of that system,” observes another of his comrades.

Warning from the High Authority for the Transparency of Public Life

A professional retraining accompanied by a warning from the High Authority for the transparency of public life. His recently published opinion points to the risk “in certain cases of calling into question the normal and impartial functioning of his former services” and enjoins him to withdraw from cases which could be linked to his former functions. Caught up in her past as minister, too, when an October morning, at 6 a.m., the police rang the doorbell of her family apartment for a search as part of an investigation into the government’s management of the Covid crisis -19.

The interim appears far from the commitment to the left of his young years at Unef. Her former comrades would recall that she was then sailing on the social-democratic wing, “the right wing”, of the student union, opposed for example to a universal student income … She defends her professional choice in these terms: “If at the end of the chain, there is not a company to hire, it does not work. There, I see people in agencies who are struggling to find work for temporary workers who sometimes have little qualifications. Macronist one day …

Sibeth Ndiaye may have turned a page, she has not closed the book, still present behind the scenes. LREM boss Stanislas Guerini came to pick her up in September. The party is shaken by catastrophic municipal elections, its lonely delegate general. She sits on the National Talent Commission, works at the Ideas Pole with Clément Beaune where she wants to work on equal opportunities and the fight against discrimination, and attends executive offices. “The idea was to unite,” says a member of this commando. Guerini appreciates the “political sense” of the ex-spokesperson. His loyalty to Emmanuel Macron (with whom the link has not weakened), to the team at the start, his attachment to the party, and “the virus of politics” (the expression is from his friends) do the rest. .

Our analyzes and indiscretions on power

Inevitably, the question arises of his involvement in the 2022 campaign. For the time being, Sibeth Ndiaye is not opening this door. But it remains ajar. “It depends a lot on the nature of the campaign, the team. I don’t know how, but she will always remain committed to this movement. That won’t go away, ”says Beaune. When she joined Adecco, her friends joked: “She will find us a job in 2022.”