The instant messaging application adopted by Edward Snowden himself seems to want to take advantage of WhatsApp’s woes to improve its interface, and seduce potential new users in the process.

Since the announcement of its change of T & Cs, WhatsApp is at the heart of the storm. A complicated situation for the Facebook subsidiary, which has greatly benefited the competition, and in particular Signal. Considered much more secure, and above all more respectful of privacy of its users, the platform has continued to grab users for a few weeks. This time, the app confirmed on Twitter the rollout of its new update 5.3 for Android and iOS. On the program, a slew of new features, some of which are directly inspired by WhatsApp.

Here’s a sneak peek at some new Signal features that will start rolling out in a few days:

Among the new features announced this week by Signal, we therefore count the arrival of the new user status, accessible from the about section. Like on WhatsApp, this feature will allow you to quickly describe your current mood with a sentence or an emoji. Another novelty is the possibility of changing the wallpaper of your conversations. Finally, Signal has also formalized thearrival of animated stickers – 24 in total specifies the site of The Verge, intended to enrich your future conversations. On iOS, there are also several additions, starting with the display of profile photos in full screen, as is already the case on Android, or the arrival of new settings for downloading content. The messaging app also took advantage of this update to now display the insert required by Apple regarding the use of user data.

So many new features undoubtedly intended to bring Signal closer to WhatsApp in terms of experience, thus allowing the arrival of new users, cooled by the new requirements of the platform. 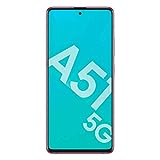