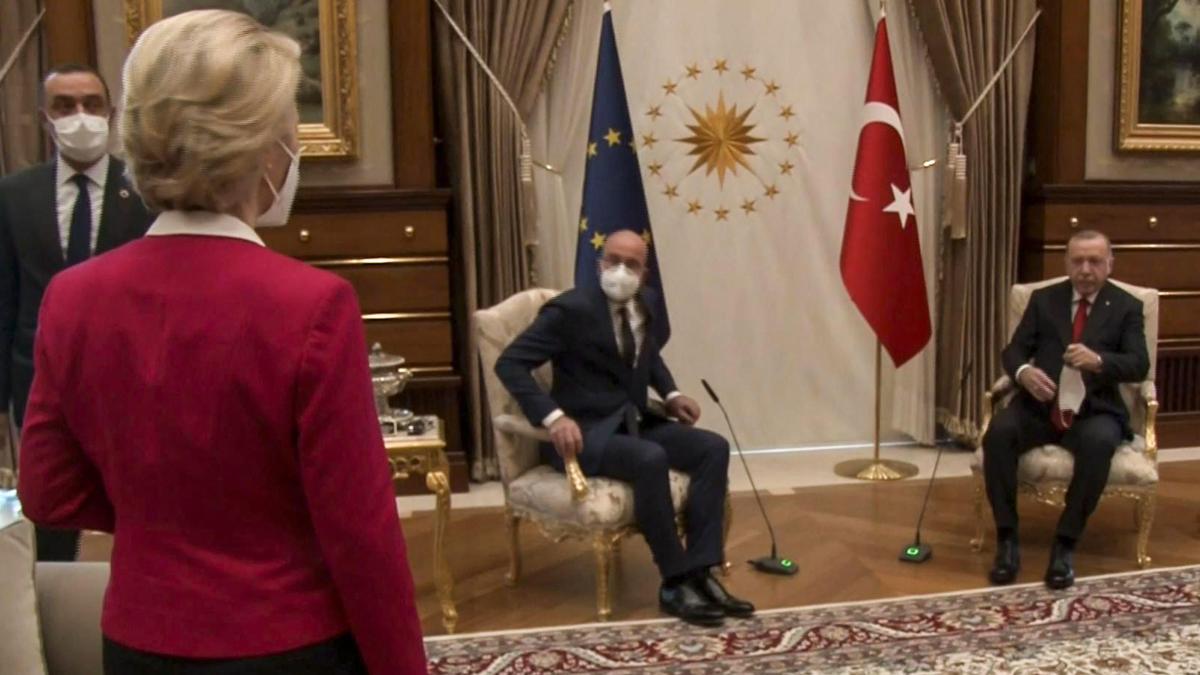 Why even Thomas Bernhard cannot save Ursula von der Leyen

In Istanbul Erdogan did not offer the EU Commission President a seat in the armchair. A protocol faux pas or an act of misogyny? We read up on the chair expert Thomas Bernhard.

“While everyone waited for the actor who had promised them after the performance of the Wild duck When I came to their dinner in Gentzgasse around half past eleven, I watched the Auersbergers closely from the wing chair in which I sat almost every day in the early 1950s and thought that it was a serious mistake to accept the Auersbergers’ invitation . “

The narrator in Thomas Bernhard’s novel “Holzfalls” has a lot to complain about in terms of its location. He disapproves of the Auersberger couple, Gentzgasse, the actor, the Wildente, Vienna and actually the whole world.

But there is one good thing about it, because at least he is sitting. In that wing chair that will be mentioned a few hundred times on the following pages during the eternal monologue, the Suada or the Rant, as one would say today: “… I thought, sitting in the wing chair,” is the famous name Formula. He doesn’t even know how good he is. This may be true of the good old eighties in general – “Holzfalls” appeared in 1984 – compared to the present, but that’s a different topic.

This week Ursula von der Leyen was the guest of Turkish President Erdogan. In contrast to many stately homes that have long since modernized their furniture and come up with metallic-leather Eames chairs, in Istanbul, even in the 21st century, old-fashioned baroque armchairs with golden legs, flower covers and at least hinted ears, which are also blocked in Vienna any time from 1780 to the present day beautiful figure would do.

Nevertheless, one is stingy with them on the Bosphorus, at least when women are expected: Erdogan only had one armchair set up for himself and one for the traveling European Council President Charles Michel for the photo session. The men made themselves comfortable and left the startled Commission President standing in the middle of the room. “Um,” she made. Your inner stream of thoughts will have been much longer and angrier. It could certainly fill half a chapter in a novel about European-Turkish relations. Finally von der Leyen took a seat on a nearby sofa.

The protocol affront, which under other circumstances could also be deducted as negligence, gets a taste from the fact that Turkey only canceled the so-called Istanbul Convention on the strengthening of women’s rights a few days ago. Erdogan repeatedly stated in this context that equality between men and women is “unnatural”. His Vice President Fuat Oktay seconded that Turkey needs “no foreign role models” to protect women’s rights. Instead, the “solution” lies “in our customs and traditions”.

One would like to oppose this with Thomas Bernhard, but his wing chair in Vienna also stubbornly defended its place against possible successors. The only female main character in the book, the choreographer Joana, hung herself up before the plot began.