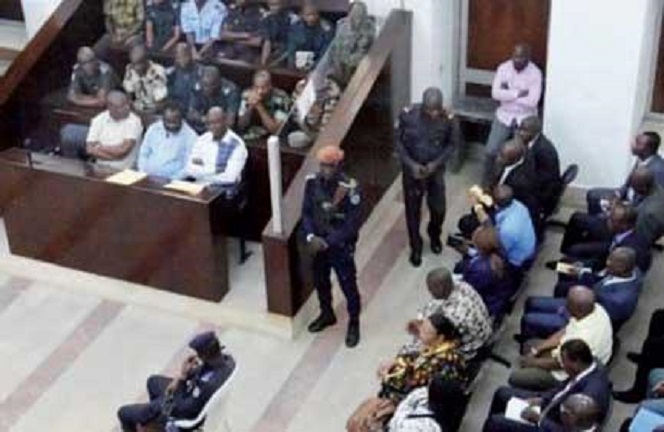 More than five years later, the sound of automatic weapon fire on the beach of Grand-Bassam still resonates in some heads. “It is still forbidden today to make fireworks in Bassam. Because when we do, it puts us back in this hell of 2016, ”says Alassane Ouattara, boss of the Wharf, a front-row seafront hotel that day. Like many, he wanted to turn the page and move on. “It’s difficult, you never get over that kind of thing, but you just do with it. Because life goes on! ”

Alassane Ouattara has not filed a civil suit, but is now considering doing so. “A trial is always useful. It allows you to pose the truth and to be morally quiet. The truth must come out, things must be said, people speak out so that we can take more security measures in the city of Grand Bassam, ”said the director of the Wharf. But isn’t justice too slow? Will this trial not come too late? “No, it’s never too late to do well. It is useful a trial. Sankara’s trial, how long has it been since he died? [1987 ndlr] And even today, it continues. ”

Five years ago on the beach, Jean-Pierre Arnaud was shot dead by terrorists. His widow now lives in the south of France. She relegated her Ivorian years to the bottom of her memory. “It’s far behind. It is far and it is near. It’s close, because I spent 45 years there and had great memories. This attack changed everything in my mind, ”says Anne-Marie Arnaud, who does not hope for anything from Justice. “If they’re judged, that’s fine, but what if they’re not?” And if that doesn’t work, what do you want me to do? What power do I have to force a tribunal to do its job? ”

Today, four people have been charged and are behind bars in Côte d’Ivoire, awaiting trial: the driver who conveyed the weapons, a man who made the reconnaissance of the place and two others who hosted the terrorist commando. Seven others are claimed by the Ivorian justice, including the sponsor Mimi Ould Baba, in prison in Mali and also prosecuted by the American justice, Fawaz Ould Check, alias “Ibrahim 10” condemned him, in Mali, or the conductor. of the attack, Kounta Dallah, still on the run somewhere in the Sahara. The investigation is coming to an end and there will be a trial soon.

Trial scheduled for late 2021
For the prosecutor of the Republic of Abidjan, Richard Adou, this trial needs the participation of the victims. “It’s true that it won’t bring back the dead.” But the idea is to allow all these victims, their parents, to come and help justice to be done, so that all those who intend to start over will know that, whatever the acts that may be, will be done in the night, which will be prepared in silence, we have the means to seek them out, to find them and to know the modus operandi they have put in place. So, it is hand in hand that we must work, ”argues the magistrate.

The nature of the case provides for two levels of investigation which lengthened the proceedings. But it is coming to an end. And according to the prosecutor, “if the judgment of referral to the Criminal Court is taken, we will have no other choice but to enroll this case for trial.” A trial which should therefore start at the end of 2021 or at the latest January 2022.