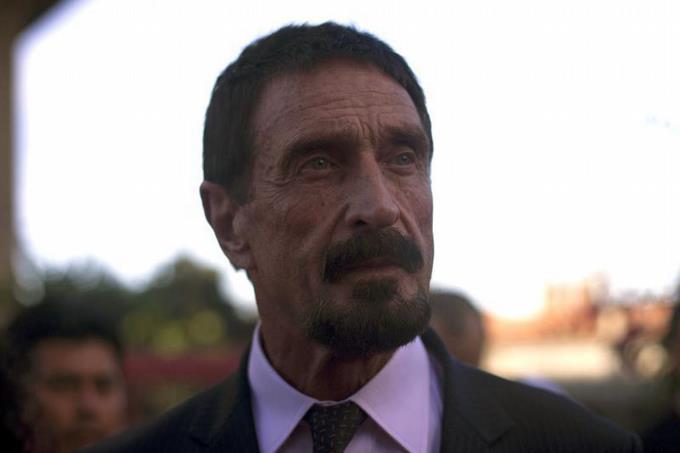 The Spanish National Court will study next Friday whether to extradite businessman John McAfee, creator of the famous homonymous antivirus, to the United States, a country that is claiming him to be tried for his alleged responsibility in a fraud case by allegedly hiding his income from the public treasury .

The Prosecutor’s Office of the National Court is favorable to the extradition request in relation to alleged tax crimes committed by McAfee in 2016, 2017 and 2018, not for the two previous years that the US Justice also imputes to him.

Almost eight months after being arrested at the Barcelona airport (northeast), when he was about to catch a flight to the Turkish city of Istanbul, the 75-year-old American tycoon submitted to an extradition hearing on the 4th.

The United States claims the founder of the antivirus software company McAfee for “the prosecution of five crimes of tax evasion, punishable by a maximum penalty of five years in prison each”, and another five of “non-payment of tax, punished each with a maximum penalty of one year in prison “, allegedly committed between 2014 and 2018.

During the hearing, the Spanish National Court will not assess whether McAfee has been able to commit these crimes, since the extradition proceedings only analyze the occurrence of the crimes established in the applicable regulations and treaties.

For its part, the Prosecutor’s Office points out in its brief that the crimes charged during 2014 and 2015 do not have any “criminal significance”, given that the quota allegedly defrauded is far from 120,000 euros (about 146,000 dollars), while in In the following three years, the alleged tax offense committed is greater and, in fact, would constitute three offenses under the Spanish Penal Code.

Apart from these cases of scam, the United States Justice is also investigating him for alleged fraud and money laundering for the promotion on Twitter of cryptocurrencies to investors between 2017 and 2018.

Investigators suspect that he pocketed with his adviser “more than 13 million dollars” through “fraudulent schemes” on the Internet.

They consider that both used the “old method of pump and dump”, buying large amounts of “altcoins” (alternative cryptocurrencies to bitcoin) at low prices so that later McAfee recommended them on Twitter in a deceptive way, increasing “artificially” its value.

His arrest in Spain on October 3, 2020 when he was preparing to leave the country is not the only one behind the antivirus pioneer, who was also arrested in 2019 in a port in the Dominican Republic with several weapons on board his I already.

Days before, the businessman reported that he was leaving the United States because the Central Intelligence Agency (CIA) had tried to arrest him for alleged tax crimes. Finally, the Dominican authorities released him and McAfee traveled to the United Kingdom.

When he was arrested in Spain, the judge sent him to preventive detention and the National High Court has repeatedly refused to release him, considering the risk of flight and his little personal and family roots.