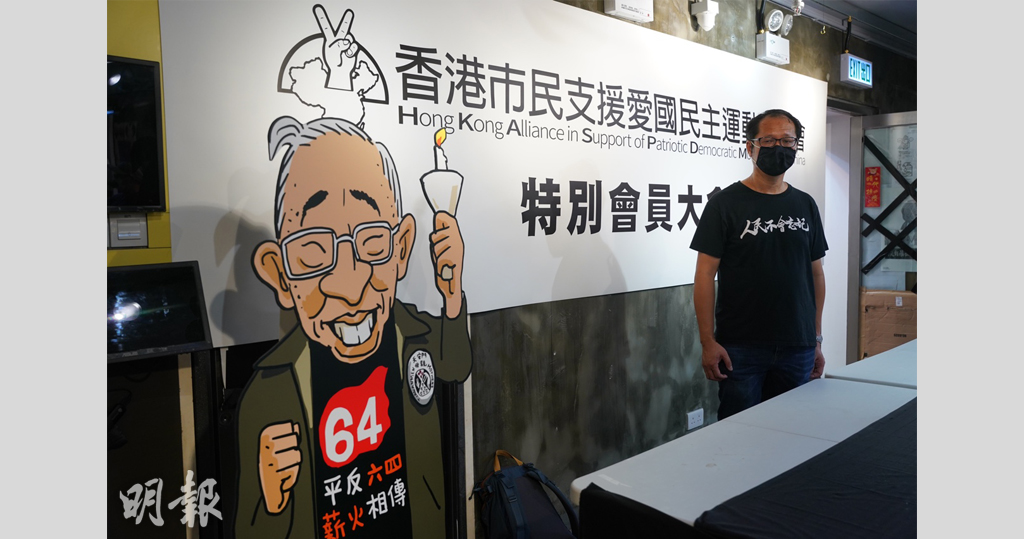 [15:19]The stake special member meeting passed the resolution with 41 votes in favor, 4 votes against, and 0 abstentions, and passed the dissolution resolution; without any objection, it passed the appointment of Cai Yaochang and the former director general of the Trade Union Deng Yan’e as liquidators.

Cai Yaochang pointed out that the two liquidators will deal with the stake’s assets and liabilities in accordance with relevant laws and the Stake’s Articles of Association. After completion, they will hold a meeting to approve the report, and then make a final report to the Registrar of Companies. The company registration will be formally delisted, which is equivalent to dissolution.

[14:13]Many members dressed in black attended the event, including the former chairman of the Kwun Tong District Council, Tsai Chak Hung. Zeng Jiancheng (Aniu), who had opposed the dissolution of the stake and later turned to support, also attended; when asked about his voting status, he only said that he “will go up to a meeting.” The Stake Association is located downstairs at the meeting site in Mong Kok. About half a hundred media are waiting. The police also arrived at the scene at approximately 2 pm and surrounded the interview area with orange belts.

Tseng Jiancheng said in an inquiry to this newspaper a few days ago that when he saw that the vice chairman of the stake Zou Xingtong and many stake standing members were arrested, he had changed his support for the dissolution of the stake. “The prisoners will be released indefinitely. Tired”.

Since the stake is registered as a “company limited by guarantee”, the special resolution on dissolution must be supported by three-quarters of the members attending and voting at the special general meeting to be effective.

The government plans to withdraw the stake company registration Deng Bingqiang: a report will be submitted to the chief executive’s bank on the stake explanation

The stake meeting resolution passed the dissolution of Zou Xingtong: dissolution is not an option