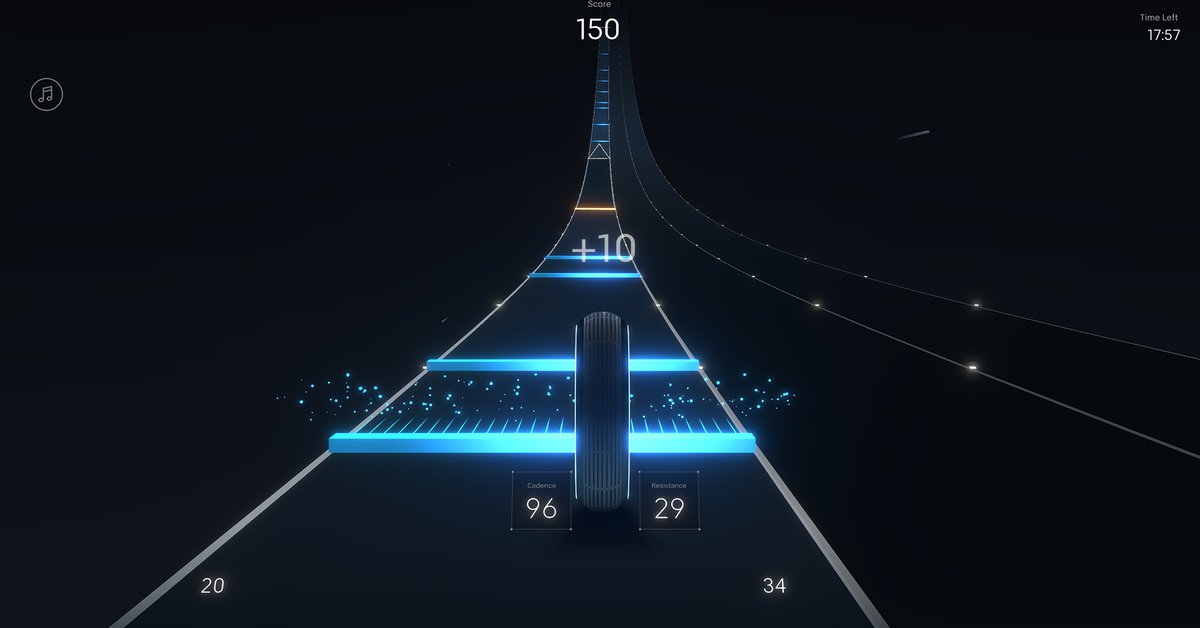 The game will adapt the tracks and their exercise routines according to the music played (Photo: Peloton)

Electronic exercise device company Peloton announced a new video game that will make use of your gadgets so that users can advance both with their physical practices and within the virtual experience.

Is about Lanebreak, a rhythm game to be included within the same machines to collaborate in a more interactive way in the exercise routines of the users.

The way the title will work is that it will appear as one of the options available to use with the stationary bike’s own screen of the brand and will use the pedals of the same machine to recognize the movements of the user.

The game itself will focus on guide a tire along an obstacle course with very cyberpunk neon lights like the classic Tron while using the resistance knob to change lanes as required.

As explained by the company, this game will focus especially on music and its inclusion in the exercise routine. The cadence and the specific movements that will have to be carried out will be adapted to the time of the game music.

The way the music will affect the game more specifically will be through specific playlists adapted to different forms and exercise routines together with predetermined distances that you want to travel. Of course, each level will have the option to choose the desired level of difficulty and that will be seen in the type of content within the chosen routine.

The look of the game is quite similar to rhythm-based action titles like Audiosurf Or until Thumper characterized by rapid movements on seemingly endless tracks while obstacles appear in time with the music.

This news is surprising because it is about a change of direction within a software dedicated to exercise and no, as has usually been seen on previous occasions, video game consoles that enable the use of accessories or peripherals dedicated to physical exercise, as in the successful case of Ring Fit Adventure for Nintendo.

A similar example of this interaction between exercise markets and video games had previously met with the company Zwift, albeit with a much more competitive approach.

In the case of Zwift bikes, an entire online multiplayer network was created with the aim of offering tracks on a world scale that they adapt the use of the bicycle to its equivalent within the chosen location, which would be working as a training alternative for professional cyclists and also amateurs interested in professional-size tours.

These alternatives would be the response of the new markets by adapt active lifestyle habits to a digital environment, a trend that since last year has increasingly proven to capture the attention of people around the world.