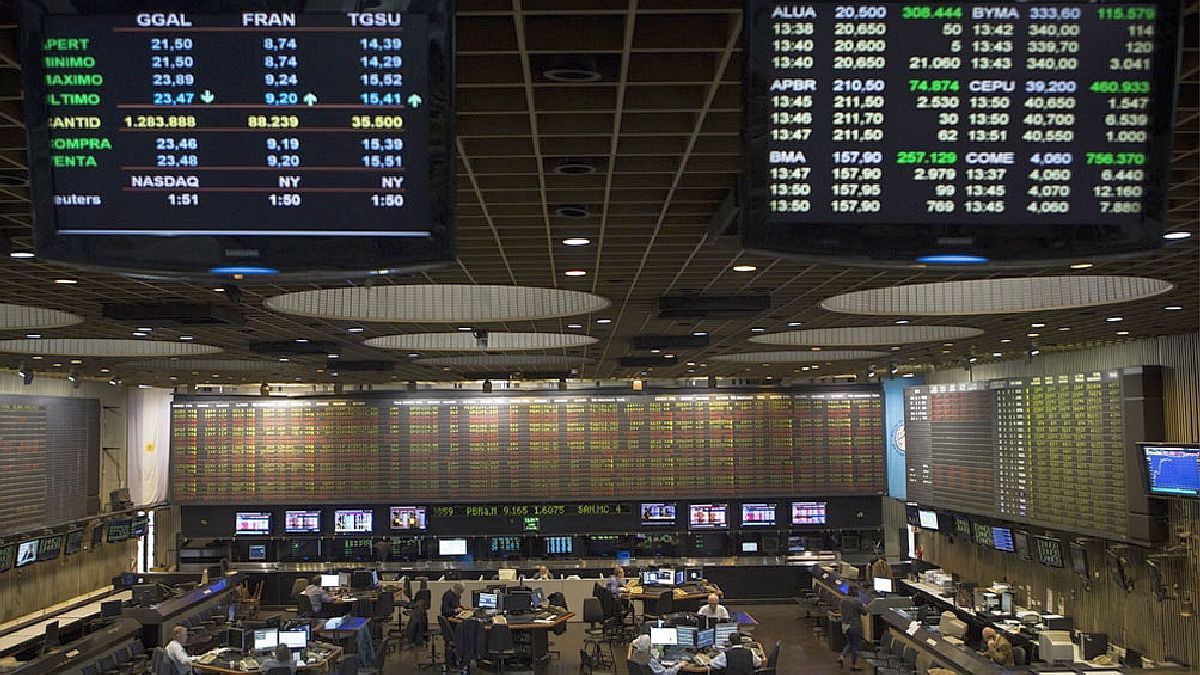 After the adverse result, several ministers of the hard wing of Peronism made their resignations available, which, according to official sources, have not yet been accepted. amid growing confrontations between President Alberto Fernández and his vice, Cristina Kirchner.

Under this panorama of maximum caution and awaiting news from the political front this weekend, the S&P Merval Index of Argentine Stock Exchanges and Markets (BYMA) It fell 1.5% this Friday, to 78,512 points, after a slightly upward start.

The volume traded in shares fell for the second day in a row (-16%) and ended at $ 1,345.3 million, the lowest in almost two weeks. And what is worse, it barely represented 35% of the total traded in equities, before a clear dollarization of portfolios via Cedears.

On Wall Street, on the other hand, the ADRs of Argentine companies closed with the majority of decreases, in a day in which Ternium led that lot with a decline of 8.1%. To the podium of the most punished papers in the day they climbed Cresud (-5.1%); and Telecom (-5.1%). Among the few increases on the wheel, Banco Macro’s assets stood out (+ 1.2%).

The ruling party is now looking for a way to reverse the population’s bad mood, between expanding populist policies or seeking a moderate approach to attract middle-class voters who supported the opposition.

“The market sees all these political events with great uncertainty, where naturally the course taken by the Government (basically, breaking or not the alliance with Cristina Kirchner) will affect macro variables”, said Roberto Geretto, an economist at Fundcorp. “Thus, there is a market in ‘risk-off’ mode that translates into greater demand for the future dollar, at the retail level greater demand for the blue dollar, with bonds and stocks that were far from achieving a ‘post-STEP rally'”added.

Another trader described the stock market situation: “In what was supposed to be a more than positive week for stocks, the crisis that broke out in the ruling party determined the opposite. The virtual fight between the president and the vice president determines a degree of uncertainty incompatible with risk markets At this point, sooner rather than later, changes in the cabinet are assumed. Consequently, prudence and longer terms should be expected for an eventual agreement with the IMF, which is now in doubt. “

Regarding the weekly balance, the leading panel accumulated an advance of 3.5%, as a consequence of the strong advance on Monday when the market celebrated the victory of the opposition in the PASO (rose 5.5%). That day, the leading benchmark scored a historical record level in pesos of 83,923.24 points.

In the fixed income segment, dollar bonds closed down almost 2%, since the noises within the ruling party, detonated after the harsh result left by the PASO, open a scenario whose scope and implications are still unknown. The falls were led by Global 2046 (-1.9%) and Global 2030 (-1.1%). However, hard currency securities accumulated an average increase of 1.5% in the whole curve during the week, after the jump on Monday.

For his part, Argentine Country Risk prepared by JP.Morgan bank rose 1.1% to 1,512 units, after falling to less than 1,440 points on Monday, after the electoral result was known. Thus, throughout the week it accumulated a drop of 1.7%.

Regarding the peso market, bonds that adjust for CER fell again, and in some cases recorded drops of up to 1.1% (TC23). They accumulated average losses of 1.5% during the week, after the August inflation figure stood at 2.5%, below the expected 2.85%, while investors reduced exposure to the peso market seeking exchange rate hedging, or directly, via CCL, they explain in the market.

On the contrary, given the political uncertainty, Investors accelerated demand for dollar linked securities, which rose to 1.2%, in search of exchange coverage.