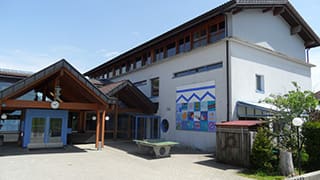 The child runs home from class, along the street, alone. A black car is rolling in. The stranger stops, talks to the child. He shows him a soft toy and sweets. It should have it all, it should only get in, he promises.

What makes parents startle immediately has actually happened twice this week in the canton of Bern. Once a girl in Ursenbach in the Emmental was affected, once a child in Heimisbach BE.

He did exactly the same thing

The schools in the two municipalities are now sounding the alarm. They inform the parents in two letters that are available to BLICK.

The incidents are identical: a man sits behind the wheel, his car is black, he lures the children with a soft toy and sweets. Fortunately, in both cases, the children did not accept his offer and ran away.

Children only on the go as a couple

The police reported the cases, the letters say. The school management recommends that parents send their children to school only in pairs.

The cantonal police in Bern are aware of the incidents, reports «TeleBärn». It is not yet possible to say whether there is a connection. The investigation is ongoing. (HI)