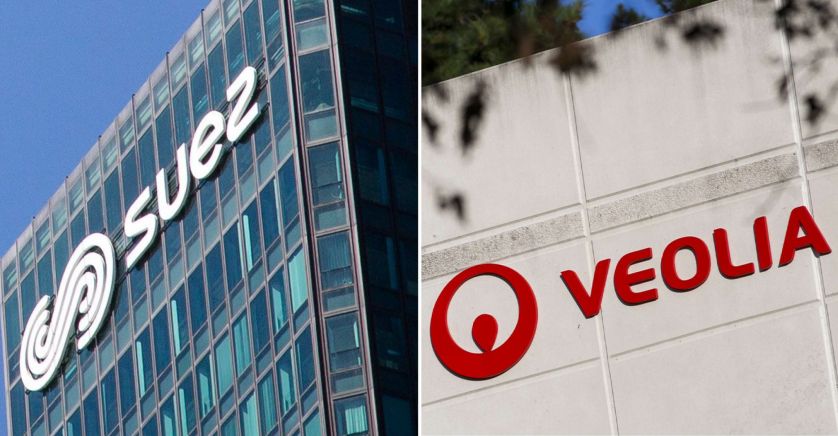 After eight months of battle, Suez finally gave in to the advances of Veolia: the two French flagships of water and waste have found an agreement in principle so that Veolia absorbs a good part of its rival, an operation which made their stock market price.


Veolia will buy a large part of Suez’s international activities for a total turnover of 37 billion euros.

At the same time, the future Suez, largely focused on France, will be taken over by majority French shareholders and will be less than half the size of the current group, i.e. around 7 billion in revenues out of the 17 billion recorded in 2020. .

“All the stakeholders of the two groups come out (…) winners. The time for confrontation is over, the time for reconciliation has begun, ”said Veolia CEO Antoine Frérot in a press release.

“We had called for a negotiated solution for many weeks and today we have found an agreement in principle which recognizes the value of Suez”, underlined the president of Suez Philippe Varin.

From a deep initial disagreement, the two companies have reached a series of compromises and hope to reach final agreements by May 14.

Veolia notably agreed to raise its offer to 20.50 euros per Suez share – it initially offered 18 euros, an amount deemed insufficient by its rival who demanded 22.50 euros per share. The price finally adopted values ​​the whole of Suez at around 13 billion euros.

See Also:  Here are the biggest polluters of Lanaudière

At the same time, the “new Suez” will integrate the current activities of Suez in municipal water and solid waste in France, as well as other activities of the company “in particular in water” and in several geographical areas. including Italy, Africa, India, China and Australia.

According to a source familiar with the matter, the Meridiam fund as well as the duo made up of the Ardian and GIP funds, which respectively supported the initiatives of Veolia and Suez, will each hold 40%. The balance should be in the hands of the Caisse des Dépôts and Employees.

Meridiam had already announced that it was ready to also bring its waste treatment activities to Europe, ie the equivalent of one million tonnes.

Monday afternoon, Ardian and GIP assured that they had not participated in the preliminary negotiations and now want to “study the consequences” of the agreement.

“We will have to work with them. (…) Our agreement is an agreement in principle. It is now necessary for the detailed terms to be established, this of course presupposes discussions which will be held in particular in the next month ”, tempered Mr. Varin.

At the Paris Bourse, the signing of this armistice was welcomed: in a rather sluggish market, the Veolia title took more than 9% on Monday and that of Suez nearly 8%. The latter, listed at 19.87 euros, thus approaches the price offered in the context of the offer.

On the union side, the CGT secretary of the Suez European works council, Franck Reinhold von Essen, expressed Monday to AFP a “real feeling of betrayal”, considering that “the means to negotiate something else existed”.

“We will be vigilant to ensure that Suez colleagues have a guarantee for employment and that there are no redundancies at headquarters. We wonder about the group’s indebtedness and how it will be able to absorb it in view of the share price which rose this weekend, ”noted Alain Bonnet (Force Ouvrière) on the side of Veolia.

The agreement provides for four years of maintaining employment and social gains in the new Suez.

Multiplication of legal remedies, insults through the press, pressure blows and warning signs … The two French groups have been fighting each other since last August, and in particular since the acquisition by Veolia in October of 29.9% of Suez from Engie. Veolia then launched a hostile takeover bid for the rest of the Suez shares.

Everyone, however, showed his willingness to reach out to his rival, but on his terms, giving the impression of a dialogue of the deaf.

The case had also taken a political turn, with Economy Minister Bruno Le Maire repeatedly intervening to advocate for a negotiated solution. On Monday, he hailed a “friendly agreement” that “preserved employment.”