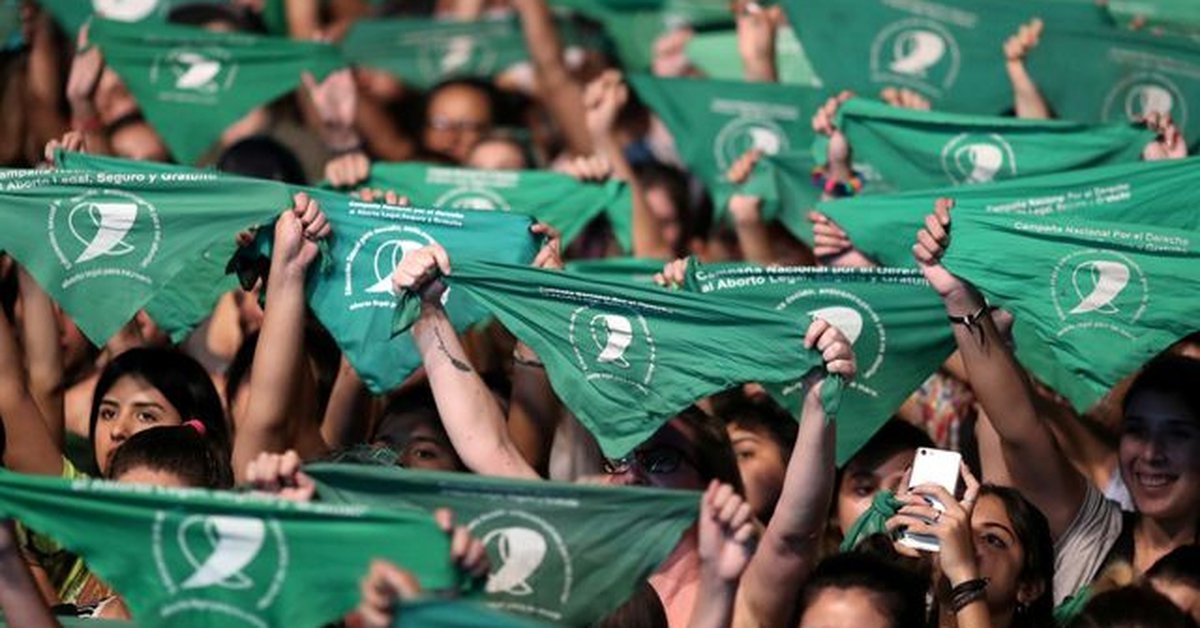 Activists demonstrate for the legalization of abortion outside the National Congress in Buenos Aires, Argentina, on February 19, 2020. REUTERS / Agustin Marcarian

In Colombia, abortion is legal on three grounds that were determined by the Constitutional Court in 2006: when there is a risk to the life or physical and mental health of the woman, when there is a malformation of the fetus and when the pregnancy is the product of rape or incest.

However, the Ombudsman’s Office and the Causa Justa movement, an organization that seeks to enable women to freely and informedly make autonomous decisions about their pregnancy, denounced that, despite the three legal grounds for abortion, The EPS are not attending to the women who need the procedure and, on the contrary, are making it difficult for them to access these services.

In recent days, it was learned that the National Superintendency of Health has sanctioned different EPS and IPS for denying the abortion service to women who comply with the causes. So far, sanctions have been imposed with fines totaling 629 million pesos.

The highest sanction was filed on September 16 to Compensar for 298 million pesos, for failing to comply with the instructions of the Supersalud in which he asked for a report on the women who have come to the EPS requesting the termination of pregnancy. In February 2018, the lawsuit of a woman who was denied the IVE service by this same entity, in addition to other procedures not included in the POS, was known, a complaint that caused the EPS to be fined 234 million pesos.

Compensar is followed by the EPS Western Health Service, who received a fine of 64 million pesos, for not responding to a request for termination of pregnancy. Also, because he did not refute with valid arguments for the Superintendency, why the procedure was not performed on the woman.

On the other hand, the Magdalena Medio regional hospital received a fine of 32 million pesos for denying the abortion procedure to a woman who had been raped, a victim of the armed conflict.

And the IPS are not far behind, according to the information reported by the Superintendency of Health, four of the nine IPS that were audited on the care protocols for women victims of sexual violence, did not comply with the necessary measures. These were: the San Francisco de Asís de Quibdó hospital, the San Rafael hospital in Ebéjico (Antioquia), the San Joaquín hospital (Nariño), and the Nuestra Señora de las Mercedes de Corozal hospital, in Sincelejo (Sucre). They apparently did not even use emergency contraception in the event of a risk of pregnancy and did not inform the victims about psychological aids after the trauma.

So far in 2020, the Superintendency reported that they have received 57 complaints from women who were denied voluntary pregnancy termination service. According to the institution, 100% of the complaints were processed and resolved. However, the response time was not optimal since several of the EPS took up to 66 days to solve, which is harmful for women.

In November 2020 it was confirmed that the National Government will not support the demand of the Just Cause movement. The petition sent by the group calls for the total decriminalization of abortion in Colombia. However, the Ministry of Justice responded that there is no reason to go a step further by judicial means since the competence to decriminalize abortion lies with Congress.

The stabilization plan advances on the island of Providencia