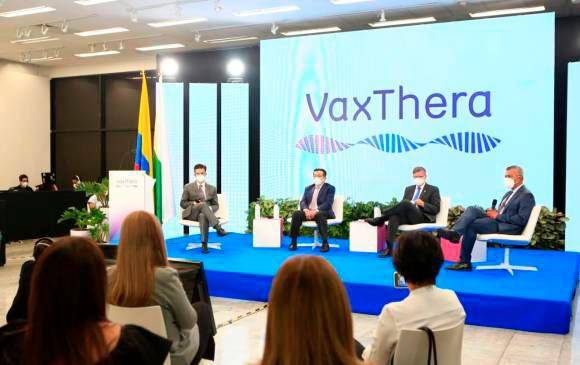 The governor in charge of Antioquia, Luis Fernando Suárez, revealed this Friday that VaxThera, a vaccine research and development company of Grupo Sura, will be located in eastern Antioquia.

“They were analyzing Valle del Cauca, Cundinamarca or Bogotá and had Rionegro Antioquia as a third option,” said Suárez.

And he added that one of Sura’s vice presidents was the one who confirmed that the company chose Rionegro as the headquarters for the operation.

“The company is called VaxThera and it is a biotechnology laboratory, which will be based in the municipality of Rionegro, and it is the first in the country, through which we seek sanitary sovereignty, so as not to depend on vaccines that arrive from other countries”, stressed the governor in charge.

Suárez stressed the importance of this move, understanding the impulse for the economy and employment in the region.

At the time, the group explained that the new company has a projected investment of $ 54 million by Seguros Sura Colombia, for its first phase.

An important fact, in line with information from the firm, is that VaxThera is developing a universal vaccine against coronavirus, which is in the preclinical testing phase in Wisconsin (United States) and is expected to be ready by 2023.

It is awaiting the official confirmation of Grupo Sura.