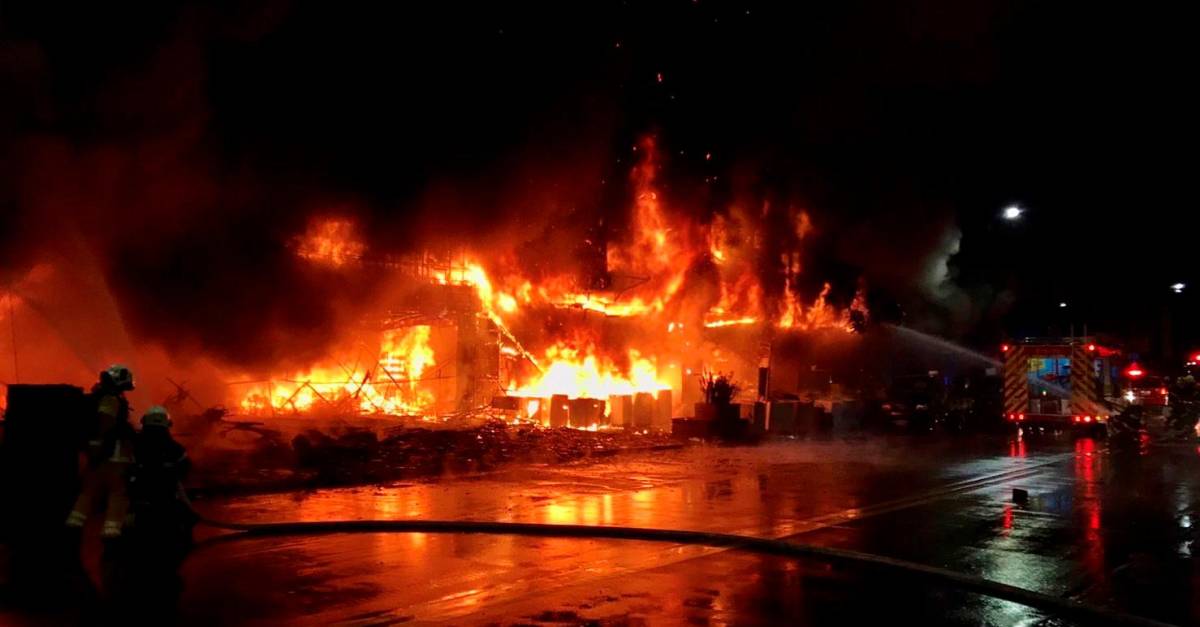 A fire that ripped through a building in southern Taiwan’s Kaohsiung city left 46 dead and dozens injured, authorities reported Thursday.

The fire broke out early Thursday in the 13-story building and it destroyed several levels before firefighters came to control it.

“The fire caused 41 injuries and 46 deaths,” the Kaohsiung Fire Department said in a statement sent to reporters.

Images released by the official news agency showed the smoke coming out of the building’s windows, while firefighters threw water at the flames.

The local fire department said it sent more than 70 trucks to fight the fire.

At dawn the magnitude of the damage became apparent, with all the floors of the building stained black.

Most of the deaths occurred between floors seven and eleven, for residential use, firefighters said. The first five floors are for commercial use and were unoccupied at the time of the fire.

A Kaohsiung police officer told AFP that the building is 40 years old and mainly houses people with few resources.

Authorities did not rule out an intentional fire, added the officer, identified by the surname Liu, while forensic teams arrived at the scene to investigate what happened.

Taiwan, an island frequently hit by earthquakes and typhoonss, has strict building codes and has a positive safety record.

Nevertheless, old buildings are a risk.

The fall of these dilapidated buildings during tRecent earthquakes have caused the highest death toll on the island.