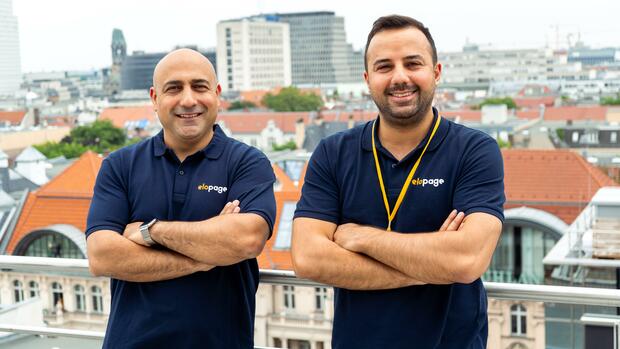 Berlin “Attention, there is still a construction site here,” says Özkan Akkilic as the 47-year-old founder walks ahead across the corridor that is glued with non-woven cover. He wants to show the newly emerging offices and the huge roof terrace high above Berlin-Charlottenburg. Elopage has already secured 2500 square meters, but the young company currently needs just half of that for its 70 employees. “Construction site also fits us very well as a metaphor,” says Diana Styles, the new HR manager, and laughs after Akkilic. The start-up has just received EUR 32 million in venture capital. The company is expected to grow to at least 150 employees by the end of the year.

On the one hand, Özkan Akkilic’s company is just one of many that are being supplied with millions by investors in the current venture capital boom. On the other hand, his story is a special one. And it also shows how many people and companies are affected by the digitization surge, which has been talked about again and again for a year and a half due to Corona.

Elopage helps self-employed people and companies to sell digital products: online courses and webinars, e-tickets and software, for example. According to Akkilic, the number of Elopage customers rose by 25,000 to 40,000 providers during the pandemic. For some, it is still about trying to develop a digital business model or at least an additional sales channel. But there are also media platforms among users. The largest is expected to generate annual sales of 40 million euros. The best known are the Burda publishing house and the Sport1 platform.

For example, the start-up offers them the software they need to process payments, enable installment payments, deliver digital products and inform customers about new offers. The principle of Elopage: The users should only have to worry about their own content. On the one hand, you will be billed per transaction, and there will also be a monthly fee for heavy software use.

Several venture capitalists now believe in long-term business success. The majority of the millions in funding comes from Target Global, headquartered in Berlin, followed by Partech Ventures from France and the American financier Avid Ventures. They assume that the segment they call the “creator economy” is already generating sales of more than 32 billion euros. Diana Styles’ commitment is also a testament to great ambitions: the manager was HR department manager at Adidas and most recently HR manager at Neobank N26.

“Stop your imagination and do what you can again”

In other regions of the world, providers similar to Elopage are already significantly larger. Kajabi in the US raised the equivalent of almost 470 million euros in May and is valued at around 1.7 billion euros. At the beginning of the pandemic, the Teachable platform, which is particularly successful in South America, was bought from the Amsterdam hotmart for a quarter of a billion dollars (213 million euros), according to media reports.

“For me, this is not a winner-takes-it-all market,” says Target investor Bao-Y van Cong about her investment hypothesis. It is about a very large market that is growing rapidly. Elopage also stands out due to its compliance with the General Data Protection Regulation and its expertise in local tax regulations. Investors expect one million entrepreneurs to be active on Elopage by 2025.

Such predictions also mark an almost unbelievable turn in the life of Özkan Akkilic. The entrepreneur, who grew up in Moabit, had managed numerous restaurants in Berlin with his brother Tamer Akkilic for many years. But: “I was never interested in what dishes we offer,” says the Elopage founder today. His focus was on the cash register systems, on the interaction with customers, on the optimization of processes. In 2012 he made his first attempt to set up a new tech company. An app should enable users to easily transfer money to one another. But Akkilic always came a little too late with his ideas compared to the US provider PayPal. Investors didn’t give him a chance. In 2015 his savings were used up.

“My wife said: stop your imagination and do what you can again,” says Akkilic. Again and again he felt guilty about his little son’s bed. “Then I thought you wanted to be a good dad to him, tomorrow I’ll get up and pound the company down.” But the next morning my belief in my own ideas was back.

In 2015 he and Elopage co-founder Tolga Önal came up with today’s business model, and in 2018 they broke even. “On our first transaction in 2016, I called my dad and said: We made the first 50 cents,” says Akkilic. He hopes that with the help of Elopage, his customers can have similar experiences.

More: AI entrepreneur Büttner: “There is potential for disruption, including disruption of jobs”