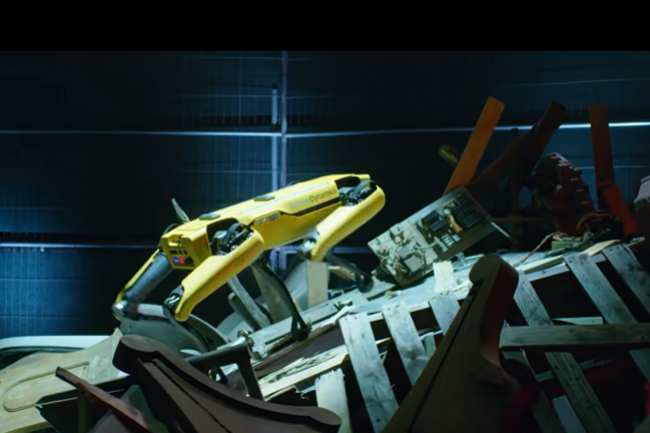 – Altice buys Coriolis Telecom for 400 million euros. The French branch of Altice a announced on Twitter have entered into an agreement with the independent operator Coriolis and seized its 500,000 individual customers. It would thus integrate “existing expertise, partnerships, established distribution network, B2C and B2B customer bases as well as its customer service offers complementary to those of SFR and Intelcia”. The transaction is expected to be finalized in the first half of 2022.

– Boston Dynamics launches version 3.0 of Spot, its robot dog in order to offer better autonomy and facilitate data entry. Spot has an autonomous guidance system called Autowalk, allowing it to travel thousands of kilometers in industrial facilities and on construction sites around the world. Thanks to the update, operators can now register autonomous missions. Live image review is also available to perform inspection tasks such as gauge reading, thermal analysis, or acoustic anomaly detection – all through templates. All current customers will be able to benefit from these latest features upon release.

– The Chinese version of TikTok limited to under 14s. The Chinese short video app Douyin, often compared to TikTok, said on Saturday that all of its authenticated users under the age of 14 will now have access to the app in “youth” mode. The goal: to protect the younger generations from inappropriate content. In detail, we learn that they can only be active on the app for 40 minutes only, between 6 a.m. and 10 p.m. This very strict measure strangely resembles the Chinese messaging app WeChat which has a similar mode and limited functionality.