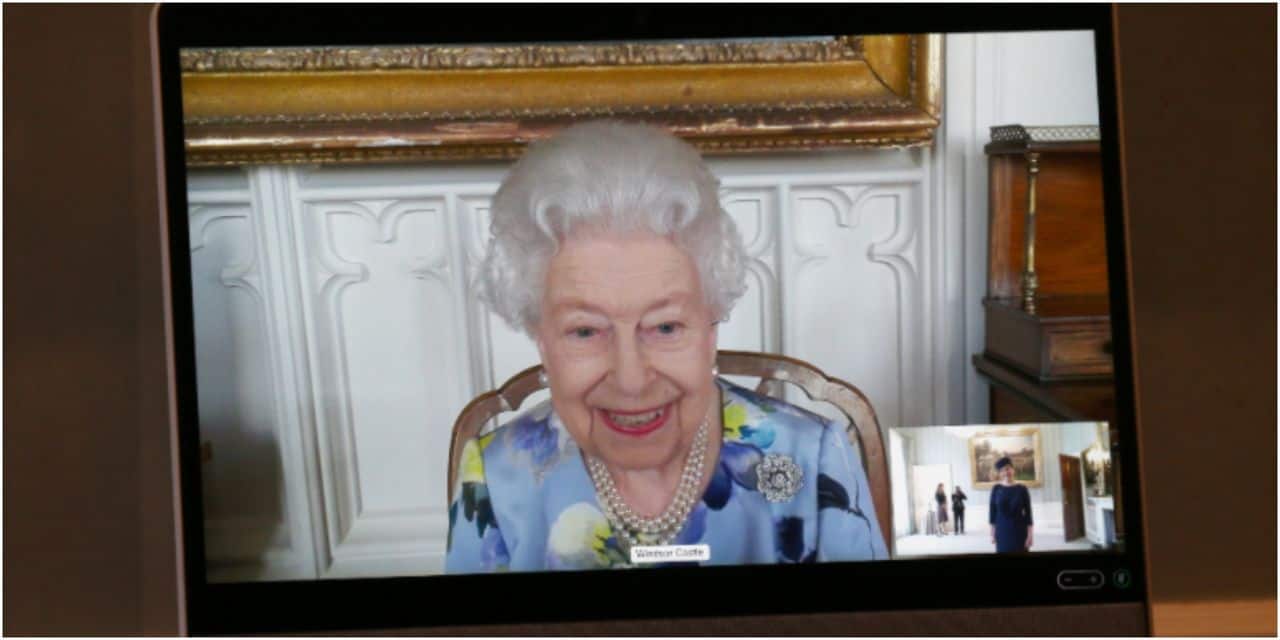 Ten days after the funeral of her husband Philip, Queen Elizabeth II had to get back to work.

As tradition dictates, mourning for fourteen days was declared following the death of Prince Philip on April 9. During this period, the members of the royal family are normally exempt from their functions, even if several of them have this time made an exception to the rule by responding favorably to certain requests. Anyway, since Friday, this period of mourning has officially ended, and the Queen has therefore also resumed her functions and obligations.

This Tuesday, Queen Elizabeth had several virtual meetings (pandemic requires) on the program. From her home, Windsor Castle, she spoke with Ivita Burmistre, Ambassador of Latvia, as well as Sara Affoue, Ambassador of Côte d’Ivoire, both of whom were received at Buckingham Palace.

Despite the fact that the last few days had been very difficult for the monarch, she looked pretty good. For the occasion, she had pulled out a shiny dress, and even managed to sketch a few smiles.

See Also:  "That is why I refused to cooperate with Muhammad Ramadan."