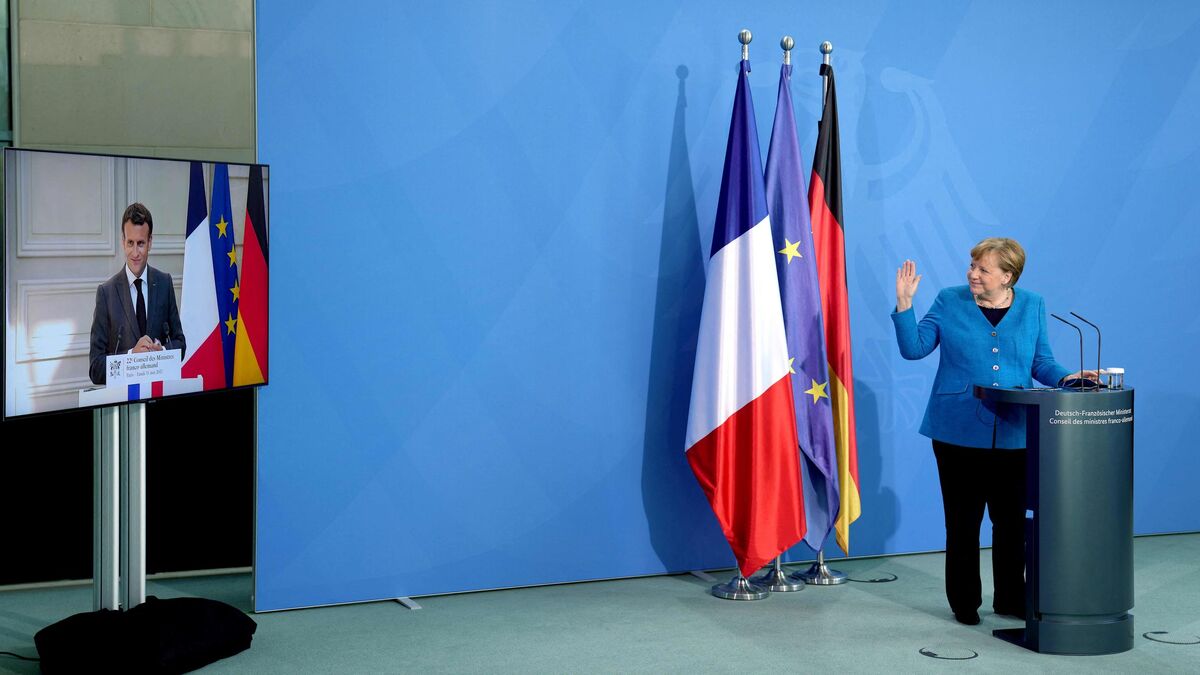 One last session full of praise. Emmanuel Macron praised this Monday “the commitment”, “the patience” and “the ability to listen” of Angela Merkel on the occasion of the last Franco-German Council of Ministers before the departure of the Chancellor in the fall .

“This 22nd (Council of Ministers) is not quite comparable to the previous ones because it is your last, Madam Chancellor ”, declared the French president during a joint press conference by videoconference. “We are far from saying goodbye and we will see each other many times in the coming months”, but “this last tip allows me to say all that the Franco-German relationship owes to your commitment, your willingness to do, sometimes your patience with us, and your ability to listen. And so thank you very much for that, ”he added, touching the Chancellor.

After sixteen years in power that have marked the country and Europe, Angela Merkel will retire after the September 26 elections. Until then, she will notably meet Emmanuel Macron at the G7 and NATO summits in June, and at European meetings.

“This cooperation gives me joy”

Less demonstrative than Emmanuel Macron, the Chancellor stressed that it was “always an enrichment when we reach a common solution because everyone has their own point of view”. “This is why this cooperation gives me joy and we will take stock in due course,” she added.

Emmanuel Macron reaffirmed that “Europe cannot move forward if Germany and France do not agree”. “That Germany and France agree is not always enough to move Europe forward, but of course, if there is no Franco-German agreement, there is none. at 27 and it is therefore in this spirit that we have constantly worked ”for four years, he added.

He notably cited the decisions taken jointly for “real European sovereignty in defense” and for the 750 billion euros recovery plan approved in July 2020 to deal with the Covid-19 crisis. The two leaders also made a progress report on the Treaty of Aix-la-Chapelle, signed in January 2019 to “strengthen ties” between the Germans and the French.

Again this Monday, Emmanuel Macron and Angela Merkel displayed their unity, calling on the United States and Denmark to explain the allegations of espionage by certain officials, including the German Chancellor. “If the information is correct (…) it is not acceptable between allies” and “even less between allies and European partners”, reacted at the end of the Council of Ministers, the Head of State, including the Chancellor. German immediately approved the remarks.