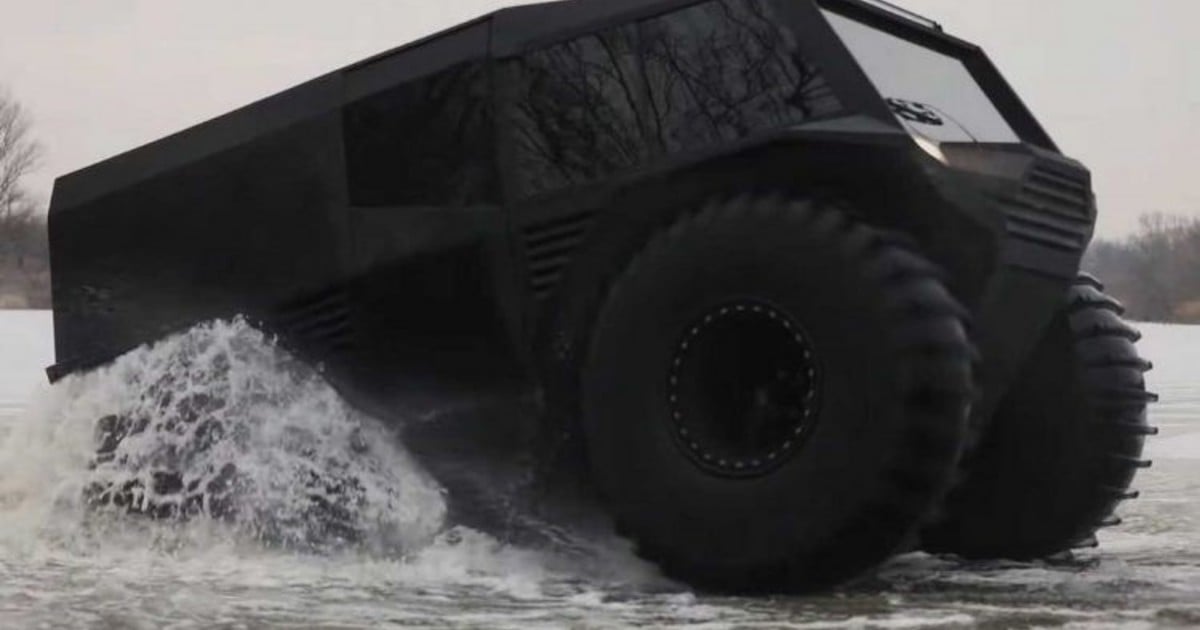 Many 4×4 vehicles were losing their ability to circulate off the asphalt at the hands of the SUV, models that were better adapted for everyday use.

Today there are few models with high off-road skills and those who practice this activity usually know that there are features that can make a difference between passing or not.

But there are also extreme vehicles like the Atlas ATV, a true all-rounder that seems to have no obstacles to stop it.

The massive wheels on the Altas ATV are constantly being inflated and deflated to improve traction.

It is a 4×4 that is built in Ukraine, looking somewhere between a futuristic vehicle and a miniature mine truck.

This special figure is determined by its gigantic wheels, reminiscent of a tractor but with a amazing flexibility. Above those huge tires is a cabin that practically does not exceed the limits of the wheels.

Small motor for a large capacity

The Atlas has a combustion engine to send power to the wheels, although in reality it is not so much that it can command, since the propeller is a 1.5-liter four-cylinder diesel displacement of origin Renault, the same one that for example carries the Duster in Europe.

Although it is an efficient engine, its numbers do not seem to be in tune with the figure of this beast, and much less after seeing what it is capable of: it delivers hardly 87 horsepower and 220 Nm of torque.

But despite the low power and limited torque, the first benefit it achieves is autonomy, since it can do 800 kilometers with a full fuel tank (load 100 liters).

The interior of the Altas ATV has capacity for 12 people.

The huge tires are mounted on 25-inch rims and run at very low pressure, allowing it to improve traction ability and provide suspension features, making it virtually unstoppable on any terrain.

So amazing are the capabilities of the Atlas, that those gigantic wheels end up using them like floats on water that when turning they work like blades that allow him to advance on the surface.

This is achieved despite having a total weight of 2,200 kilograms and being able to transport up to 12 people, at a maximum speed of 60 km / h on land and 7 km / h in water.

This vehicle is very reminiscent of another off-road vehicle called Shepr, although it has overcome it with some technical differences that improve its traction and handling capacity.

For example, the Atlas has four steering wheelsIn other words, they all have a turning angle to reduce the amplitude of the maneuvers. That’s why this beast offers a tight turning radius of 5.9 meters.

Also, you can turn all four wheels to the same side and roll almost sideways, like a crab. And to favor traction capacity, a system is responsible for deflating and inflating all four wheels constantly depending on the situation.

At the moment the price of this Altas ATV has not been announced, but it will surely not be a cheap one. After all, having a vehicle that works both on land and on water is something that not many can boast of.