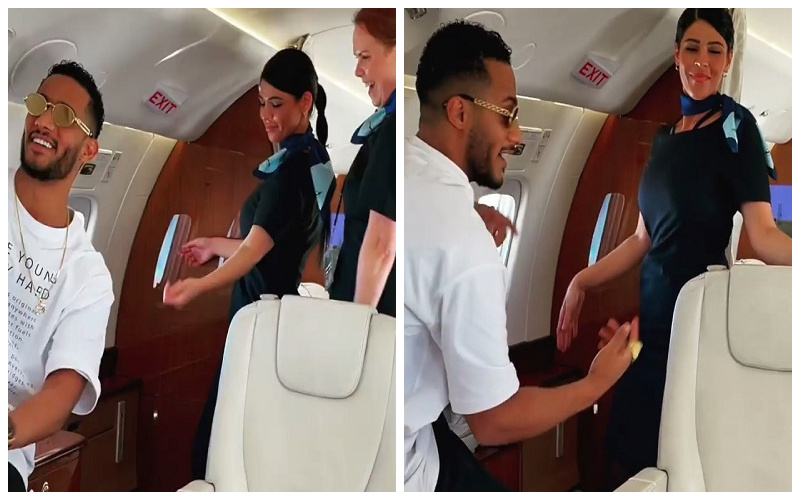 Al-Marsad newspaper: The Egyptian artist, Mohamed Ramadan, shared his followers with a video from inside his private plane, as he headed to the city of Hurghada in the Red Sea to attend the El Gouna Film Festival in its fifth session.

Ramadan published the video on his account via “Instagram”, in which he appeared dancing with the flight attendants of his private plane, to the effect of his famous song “Ya Habibi”.

He commented on the video, saying: “The host Al-Farfoucha Rizk.”

Ramadan will present the song of the fifth session of the opening ceremony of the El Gouna Film Festival 2021, which will witness many surprises, and he will present it with the participation of an Arab singer, as he finished recording it a few weeks ago.