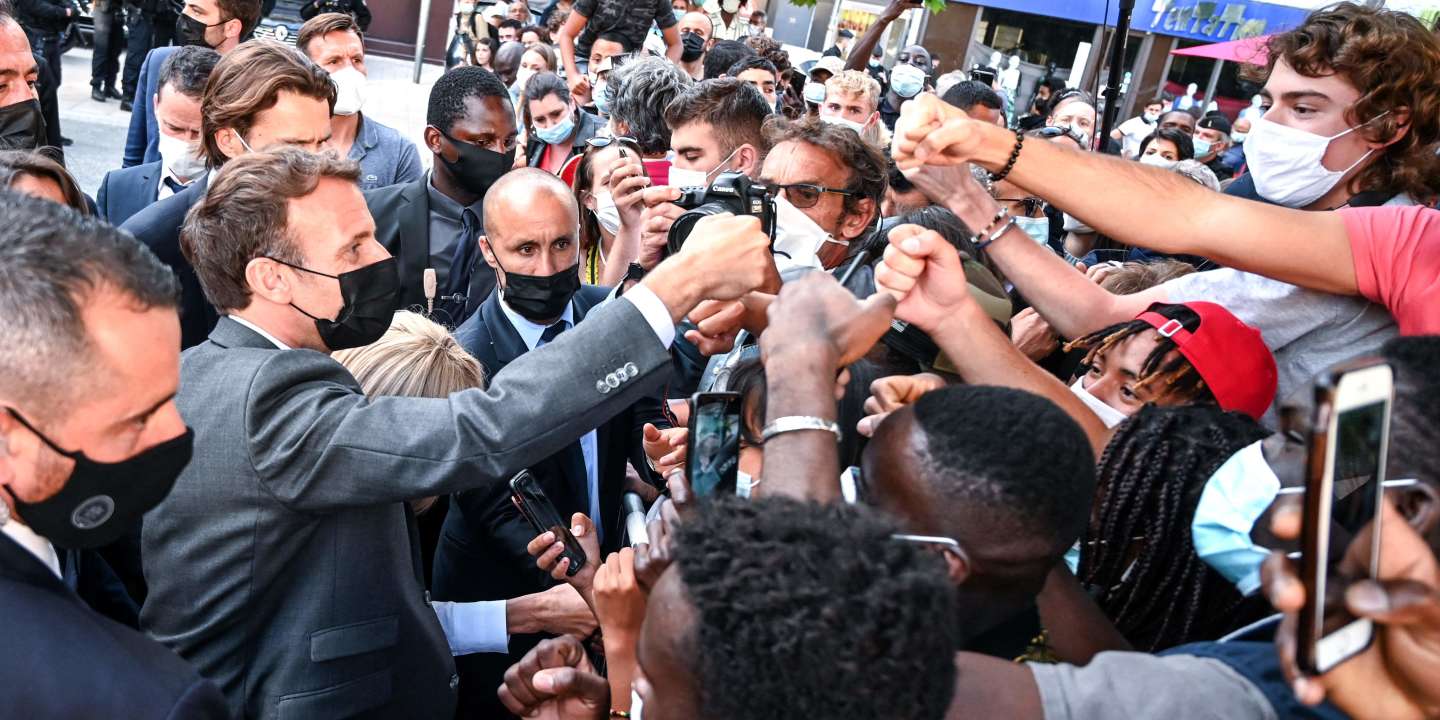 If we do not yet know the motivations that pushed a man to hit Emmanuel Macron during a trip to the town of Tain-L’Hermitage (Drôme) on Tuesday, June 8, his profile on social networks provides the first leads as to his personality.

According to our information, which confirm those of Figaro, the two suspects – the aggressor and a man arrested in his company – would be named Damien T. and Arthur C. Both would be 28 years old and from the small town of Saint-Vallier, neighboring Tain-l’Hermitage . Both are “Unknown to justice”, said the prosecutor of the Republic of Valencia, Alex Perrin.

On images shot by the show “Quotidien”, we can see the two men interviewed in the company of a third, who explains having ” Something to say »To the Head of State on “The decline of France”, because of a president who “Says we have no culture”. At his side, Damien T. and Arthur C. prefer not to answer.

4 hours before the attack, our journalist questioned passers-by who came to meet the president. Among eu … https://t.co/t8CkOl5Ujj

Damien T., the one who allegedly slapped the head of state, is an aficionado of European historical martial arts, which he teaches in a local club. On his Instagram profile, the young man with the long brown hair poses in armor and leads sword fights. By giving his blow to Emmanuel Macron, he launched a royalist war cry – “Montjoie! St Denis ! “ – as well as “Down with macronia!” “.

Sympathies marked on the far right

Damien T. publishes little content, but the subscriptions he has chosen on his various profiles seem to indicate marked sympathies on the far right. On his Instagram account, he follows the youtubeur Papacito, which caused controversy on Monday with a video where the latter was shooting a rifle in a mannequin disguised as “Leftist”.

He is also a subscriber to a series of accounts from the royalist and hard-right movement, for example that of the student cockade movement, that of Julien Rochedy, former head of the National Rally (RN) known for his masculinist activism, or those nationalist rapper Kroc Blanc or far-right cartoonist Mr Kitsune.

A Facebook profile, under a pseudonym but corresponding to the same Damien T., displays similar sympathies, both for medieval and fantastic universes and for the extreme right, in particular the Lyon section of the royalist group Action Française or the traditionalist masses of Valence. The content of the account, however, is almost free of political or activist messages. At most, there is a humorous image in favor of the “yellow vests” movement.

You have 23.83% of this article to read. The rest is for subscribers only.