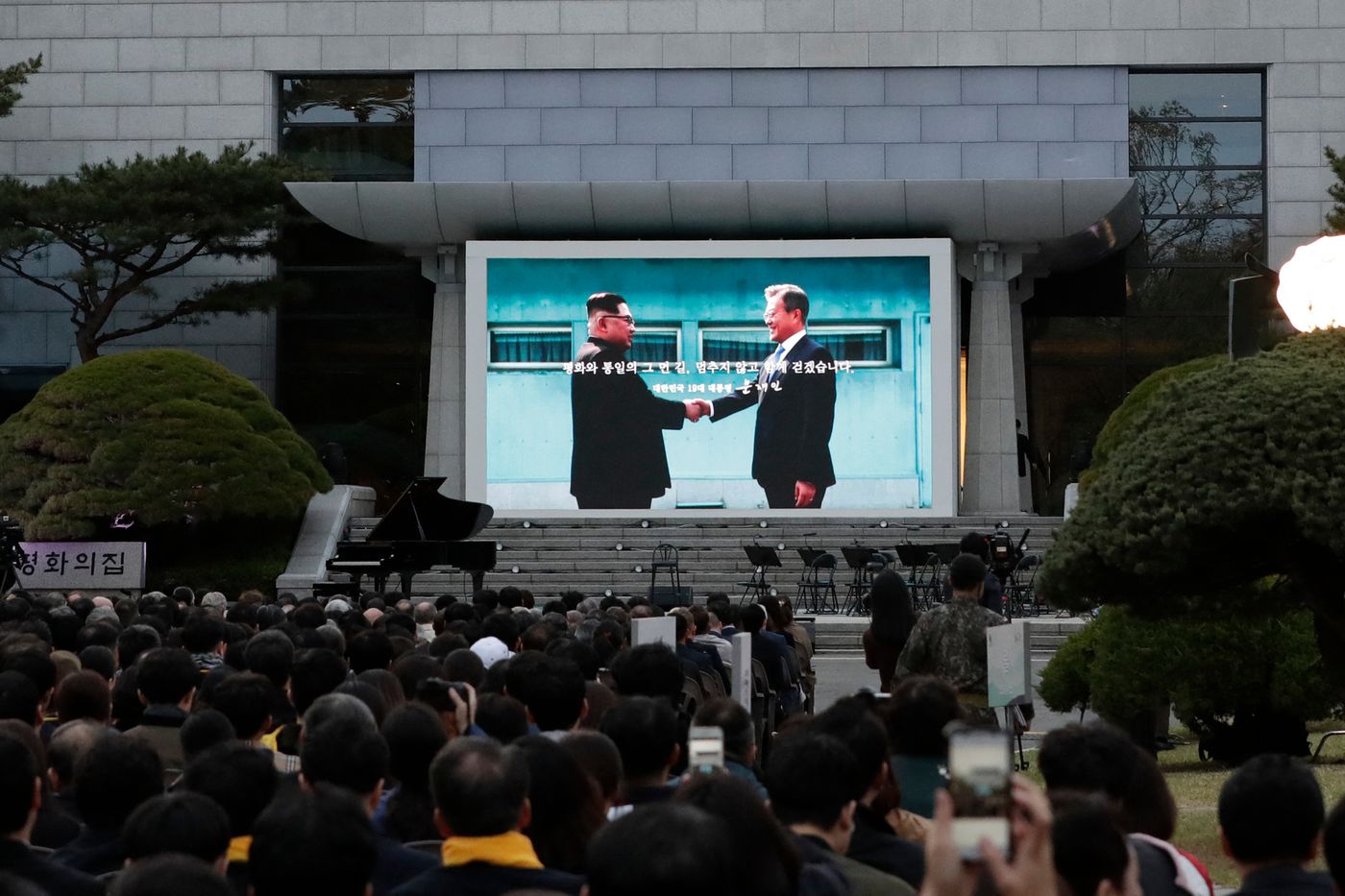 ► How was this inter-Korean rapprochement announced?

The two Koreas announced the restoration of their lines of communication as of July 27, 10 am. According to the South Korean presidency, North Korean leader Kim Jong Un and South Korean President Moon jae-in have exchanged personal letters since April to improve relations and the resumption of communications is a first step. ” The two leaders decided to restore mutual trust between the two Koreas as soon as possible and move forward in the relationship again. », Affirms the South Korean president, one of the main architects of the inter-Korean rapprochement of 2018.

► In what context does it intervene?

The inter-Korean process, and negotiations on the North’s nuclear and ballistic programs have stalled since the summit fiasco between Kim Jong Un and Donald Trump in February 2019 in Hanoi. North Korea unilaterally cut off all official channels of military and political communication in June 2020 after denouncing the sending of anti-Pyongyang propaganda leaflets to its territory by militants based in the South.

Since Joe Biden came to the White House, Pyongyang and Washington have taken a very cautious stance. In June, Kim Jong-un estimated that Pyongyang should both prepare ” to dialogue and confrontation With Washington insisting on the possibility of a ” confrontation ».

The White House promised for its part ” a calibrated, practical approach open to diplomacy With North Korea, arguing for a “ realistic », In close consultation with South Korea and Japan. US Special Representative for North Korea Sung Kim offered in June to meet with envoys from Pyongyang “ anywhere, anytime, no preconditions », A proposal rejected by Kim Yo Jong, sister and close advisor of Kim Jong Un.

► What does this resumption of relations mean?

The economic difficulties are prompting, according to experts, the North Korean regime to resume talks with South Korea and, subsequently, with the United States. In the wake of the pandemic, North Korea closed its borders and suspended trade relations with neighboring countries. The country’s economy, already hard hit by international sanctions, is in dire straits.

In June, Kim Jong Un himself warned of a risk of food shortage. North Korea’s grain production increased from 4.64 million tonnes in 2019 to 4.4 million tonnes in 2020, according to a recent report by the South Korean Development Institute, resulting in a shortage of grains of 1.35 million tonnes this year. To cope with these recurring shortages, the regime has in the past resorted to trade and international aid, particularly from China.

→ READ. North Koreans are “hungry” according to the UN

Restoring communications would be a form of Kim Jong-un’s response to the US proposal for dialogue. ” It seems he decided that domestic and foreign policy in the North could benefit from the restoration of inter-Korean relations. “Said Yang Moo-jin, professor at the University of North Korean Studies, quoted by AFP. ” Read this as Kim Jong-un’s first response in Seoul and Washington ».