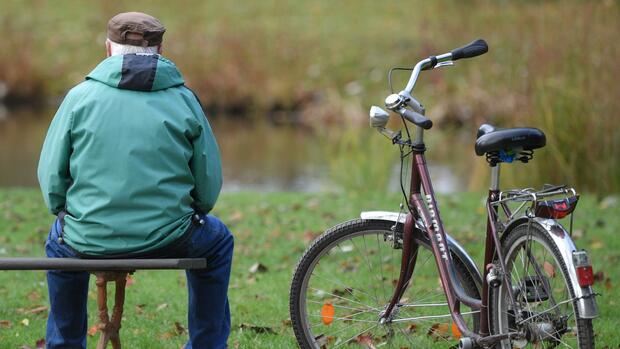 Pensioners on a park bench

Those who want to maintain their standard of living in old age usually also have to make private provision.

Frankfurt Again negative things about the Riester pension: Providers were convicted of closing fees for the disbursement phase of the pension contract by two regional courts. Consumer advocates had sued savings banks and were right in some cases involving subsidized bank savings plans. You are now calling on the affected Riester contract holders to recover their fees.

Such cases are increasing. The criticism of the retirement pension for old age is increasing, but there are no reform proposals: three years ago, the federal government promised a “rapid” development of an attractive standardized Riester product. An improvement in this subsidized private old-age provision is still a long way off. If the governing coalition does not finally make headway, it will be completely embarrassed.

In view of the aging society in the country, the statutory pension is melting away and people have to provide for themselves. But the Riester pension designed for this is complicated, sometimes expensive, low-yielding – and with its 16 million mostly insurance contracts, it is not used enough.

There are numerous ideas for reform: The financial sector is proposing a cheaper, simple model without a guarantee in addition to the existing one. Consumer advocates and politicians of the Hessian government have applied state-organized provision models.

A year ago, the CDU moved in the direction of the industry proposal and advocated gentle compulsion to take precautionary measures via a so-called opt-out. The Christian Democrats want to give the providers of Riester insurance, funds, building and bank savings plans three more years to prove themselves – and to achieve a 30 percent higher increase in the Riester pension. Otherwise, the CDU politicians want to introduce state-organized provision.

Since early autumn, government politicians have been reporting that the reform is being worked “at full speed” and are confident that the promotional pension will be improved during this term in office. But the deliberations in the federal government on the “various views” are still apparently not completed, as the Ministry of Finance says. And according to reports, the grand coalition is working particularly on the issue of capital guarantees – the Social Democrats are apparently having a hard time saying goodbye to the capital commitment.

But this is exactly what is essential to improve private provision. In this world with virtually no interest on the capital market, investments remain as sources of income that fluctuate in value at least for a short time, like stocks. However, it is precisely these that cannot be used sensibly if the guarantee remains because then no fixed end value can be calculated.

In the long term, however, you don’t need this safety net: stocks always bring positive returns over long periods of time, as history shows. Saving on the capital market – this has been proven by old-age provision in other countries for a long time – and guarantees do not go together. If the federal government wants to promote private saving with prospects of returns, it must overcome itself and give up the capital guarantee.

More: Why the capital guarantee is a problem with the Riester pension