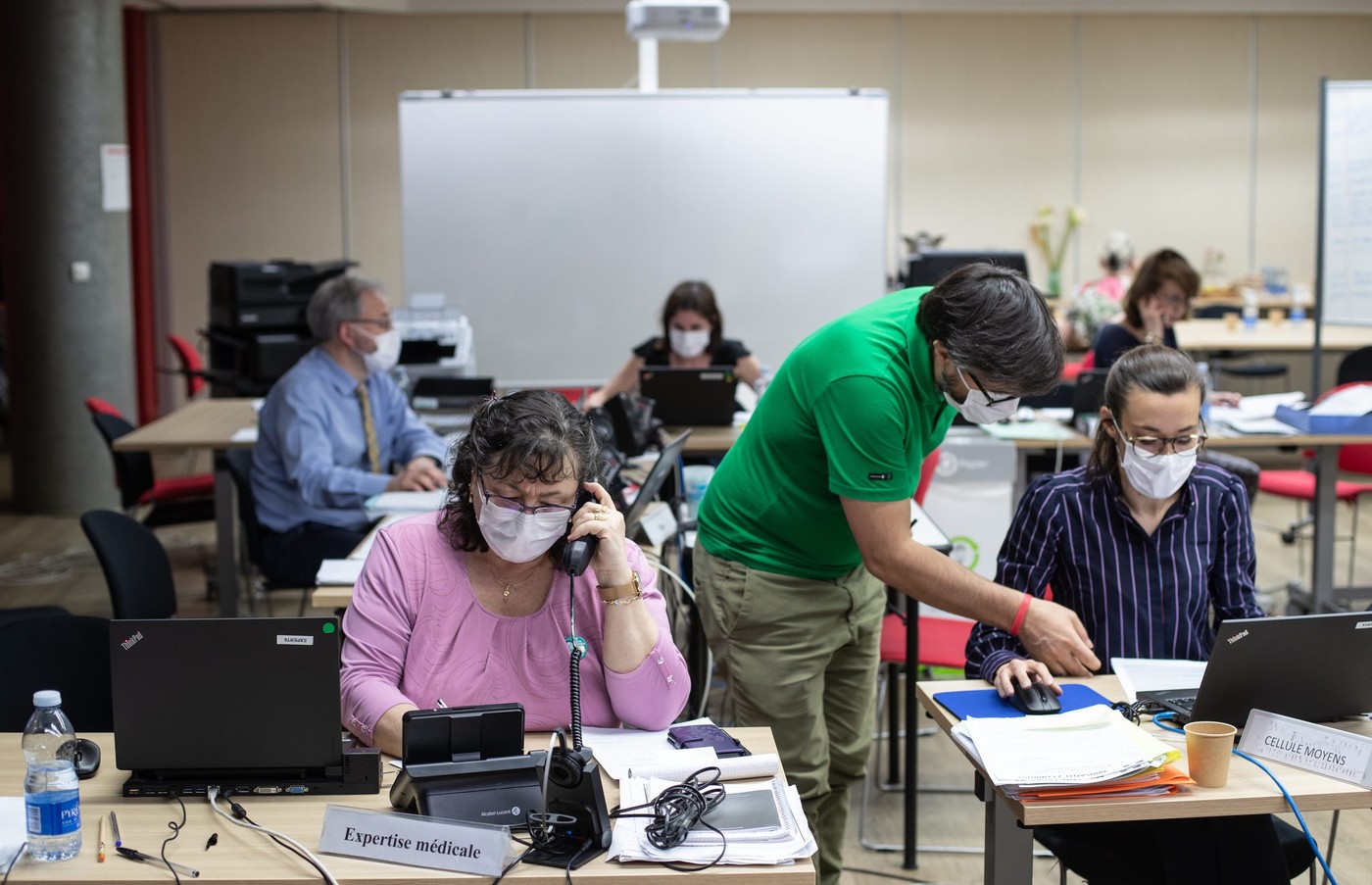 The cross : The health insurance “brigades” responsible for identifying people who have been in contact with a Covid-19 positive patient have been in action for 15 days. How do you assess these first two weeks?

Nicolas Revel: The first observation is that all the players are there. There is good support from generalists and all our teams, at the level of the local funds, which are mobilized 7 days 7. Finally, we work closely with the Regional Health Agencies (ARS) responsible for managing the clusters (households of contamination with more than 3 cases). The device works well but is currently dealing with a smaller number of positive patients and “case-contacts” than expected.

What are the numbers?

N. R. : We had built the device by estimating that we could have, every day, between 1,700 and 4,000 new positive patients. The so-called “zero patients”. However, between May 13 and May 25, we identified approximately 8,000 positive patients. Or on average just under 700 cases per day.

→ READ. Endgame for hydroxychloroquine in France

We also note that the number of “contact cases”, that is to say people likely to have been contaminated by a zero patient, is much lower than the hypothesis of 20 people given to us. To date, we have recorded just over 22,000 “contact cases” in total. This means that on average, for each patient-zero, there are only 3 “contact cases”.

Could it not be thought that the vast majority of these 3 “case-contacts” are members of the patient’s family circle that general practitioners are supposed to report to you. If this is the case, it would mean that the health insurance brigades discover only very few “contact cases” which have not been reported by the doctor …

See Also:  A declaration of love from Tyler Toffoli

N. R. : We can indeed think that a good part of these 3 contact cases belong to the family unit of “patient zero”. But this number of 3 is an average and covers large disparities depending on the situation. Our teams are very mobilized to dialogue with these patients and all the “contact cases” reported.

In the vast majority of cases, we have the feeling that these people understand our approach and the importance of this device to control the epidemic. There may be, here or there, some reluctant people, who do not want to give “case-contact”. But this remains marginal. Overall, people are in dialogue and trust.

How to explain that the figures are less important than expected?

N. R. : We are coming out of two months of confinement during which we have greatly reduced our external contacts. Many people today respect the barrier measures and wear masks, for example in transport or shops. In these first 15 days of deconfinement, it is also likely that we have not yet found all the social interactions of life before.

But these lower figures than expected signify above all the fact that the circulation of the virus has largely slowed down. This observation is corroborated by the percentage of positive tests that come back to us. Among those who get tested, only 2% in the end have a positive result. All of these indicators are therefore rather favorable, even if we must remain very cautious for the future.

See Also:  Coronavirus: If I have passed the Covid-19, is one dose of vaccine enough?

Is it possible that some carriers of the virus are not visible because they do not consult a general practitioner?

N. R. : This is an assumption that we take into account. We already know that there is a significant proportion of asymptomatic carriers with this virus. Maybe, too, some people only have very mild symptoms that don’t make them see them. This is why we must continue to broadcast messages inviting people with symptoms, even minor, to speak to their general practitioner, including by teleconsultation. Because even with few symptoms, a person carrying the Covid 19 is contaminating for his loved ones.

In a recent survey, the MG-France union notes that, in more than half of the cases, the test results arrive late.

N. R. : Laboratories must respond to a screening request during the day and provide the result no later than the following day. In the early days, we got a lot of alerts that deadlines were not being met everywhere. Medicare teams therefore called certain laboratories, pretending to be someone whose GP had ordered a test. In fact, it has been found that, in some cases, the appointment times were much higher than expected.

On May 19, Olivier Véran, the Minister of Health, therefore brought together all the laboratory representatives to firmly remind them of their specifications. Since then, the situation has clearly improved. The other important element is that the testing capacities are there. Between May 13 and May 25, we recorded an average of 40,000 to 50,000 screening tests per day. This is less than the 100,000 announced because the evolution of the virus has led to fewer prescriptions for tests by doctors. This gives us room to conduct proactive screening campaigns in sites where it makes sense. This is what regional health agencies have started to do since last week.