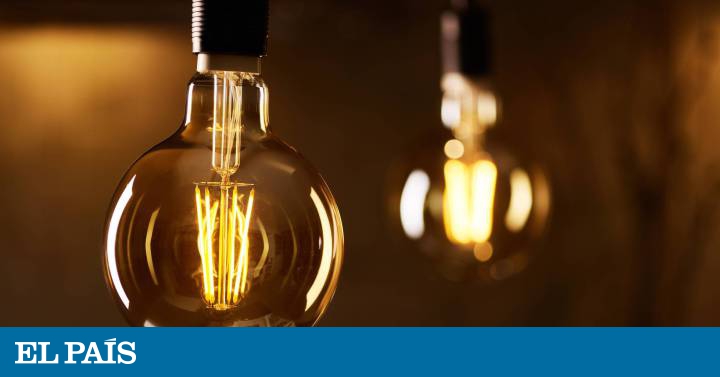 Opening the envelope of the electricity or gas bill any month in the middle of winter and being the victim of a small shock due to the amount marked high, very large, is a scene that is repeated in many homes every year. The same happens at the end of summer, since in this season, as well as in the coldest season, energy consumption tends to skyrocket to attenuate the extreme temperatures that can be reached in some Spanish regions inside the houses. The more consumption, the more spending, although this is just one of the different sections that contribute to inflate the final bill. With the only apparent objective of avoiding this kind of scare for their customers, some companies offer flat rates for electricity and gas: a fixed monthly fee gives access to unlimited consumption. But is it really so? Is it worth hiring a flat rate? Experts doubt it.

Endesa Única, Aldro Energía, Holaluz Tarifa Justa, or the kWh bonuses of the Naturgy Month Rate are just some examples of flat rates marketed by the electricity companies that report from the Organization of Consumers and Users (OCU). It is not to be confused with the fixed fee rate. In the latter case, reference is made to a form of payment by which the consumer each month, instead of paying for what is consumed, pays a fixed fee for 11 months and the twelfth month they recalculate the difference between what was paid and what was consumed.

On the contrary, with a flat rate, in exchange for a personalized monthly fee according to the user’s history, companies such as Endesa, Naturgy, Holaluz or Aldro allow any consumption to be made and always pay the same. Since they have access to historical consumption through the database of the Supply Point Exchange System (SIPS), the marketers can set a monthly fee that covers this consumption and the risk of the customer exceeding it.

“In this way, the company makes a personalized offer to each client, on the one hand, to make sure they don’t lose money, and, on the other, to make comparison difficult. The reality is that this consumption is not unlimited ”, explains OCU spokesperson, Ileana Izverniceanu. “In the fine print of the contract, the company reserves a policy that, in one way or another, limits the possibility that consumption can skyrocket,” he sums up.

The price, the biggest disadvantage

Each has its own mechanisms. “Some badly called flat rates are really an annual kWh bonus, so if you exceed the established consumption, you pay the extra with very high rates”, warns Izverniceanu. “Others reserve the possibility of canceling the flat rate and taking you to a classic or recalculating the rate,” he adds. Along the same lines, the finance expert Antonio Gallardo agrees that exceeding a certain limit “entails a higher expense”, although he admits that “most companies distribute this added expense over several months so that the economic impact is not so significant ”. And alert about those firms that begin to offer flat rates without final regularization. “These usually hide a previous overestimation of your spending or imply that in the next year you have a rise to compensate for that excess,” he says.

In any case, “the price is the biggest drawback of flat rates,” according to Izverniceanu. For the spokesperson of the organization, the proposed monthly fees are high, and there is hardly any room to see advantages. “If one year our consumption rises enough (but not enough to be expelled from that rate) it is possible that the final amount is less than what we would have paid with a classic rate, but the monthly rate for the following year will be recalculated with our new historical consumption. If that consumption returns to normal, the second year our bill will be penalized. Only in a context of year-to-year consumption increases could these rates be competitive ”, he emphasizes.

Gallardo also does not recommend hiring the flat rate, “since the highest consumption is especially in the last quarter and at the start of the first, from November to February, with which in most cases we are anticipating expenses ”. In addition, always paying the same fee, “makes us not aware of the actual consumption we are making, which does not help us save,” he deepens. And if the claim for a rate that does not change according to consumption (within certain limits) becomes irresistible, this expert advises always accessing applications or web portals in which to monitor actual consumption. “It is essential to have a better efficiency in spending that results in your pocket, whether they regularize you at the end of the year or if the rate is raised the next because you have spent more,” he concludes.