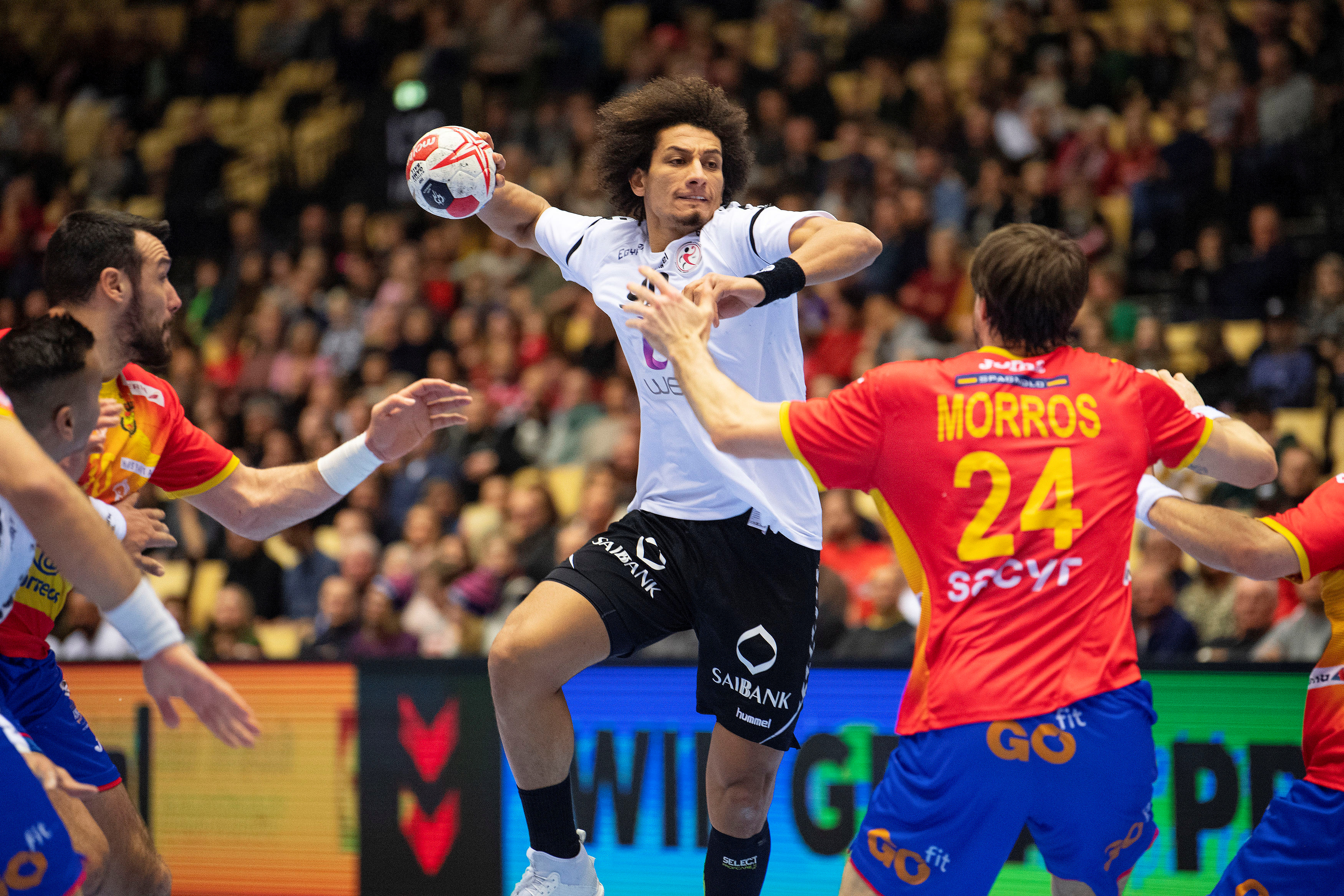 The Egyptian handball team is participating in the Tokyo Olympics, looking for a new achievement to add to the track record of the grandchildren of the Pharaohs at the international level, after the Egyptian handball became a force to be reckoned with at the level of all ages, whether young people, youth or adults.

The Egyptian handball team qualified for the Tokyo Olympics after winning the African Cup of Nations, after defeating the Tunisian team, the host of the tournament, with a score of 27/23 in the final match that brought them together at the Sports Palace in Rades. Best right wing.

The Egyptian team plays in Group B, which includes Denmark, Sweden, Portugal, Japan and Bahrain.

The greatest achievement of the Pharaohs in the Olympics was to get sixth place twice in the 1996 and 2008 editions.

The Egyptian handball team begins its Olympic campaign against Portugal on July 24, Denmark on July 26, Japan on July 28, Sweden on July 30, and finally Bahrain on August 1.

The top four finishers qualify for the quarter-finals. The descendants of the Pharaohs dream of qualifying for the gold square and competing for a medal in that edition of the Olympics.

Roberto Garcia Barrondo, the Spanish coach of the Egyptian national team, relies on the state of homogeneity reached by the descendants of the Pharaohs, along with a distinguished battalion of stars such as Ali Zain, who moved to Barcelona, ​​Spain a few days ago, as well as Yahya Al-Dara’, Ahmed Al-Ahmar, Muhammad Sanad and Ibrahim Al-Masry, along with a guard duo. Goal Karim Hindawi and Mohammed Essam Al-Tayyar.

Handball is the second popular game in Egypt after football, especially with the terrible development that has dominated that game since the nineties of the last century, where the descendants of the Pharaohs occupied fourth place in the World Championship that was held in France in 2001 to become the first non-European team to qualify for the Golden Square in World Championships and opens the door to the achievements of the Arabs, followed by Tunisia, which reached this role in the 2005 championship.

Egypt has a long history in handball, as the beginning was by appearing in the 1964 World Cup, then it was absent for a long time before appearing in the 1993 World Cup in Sweden and the 1995 version in Iceland, then the Olympic achievement came in the 1996 version, where the Egyptian team ranked sixth.

Khaled Al-Awadi, former vice president of the Egyptian Handball Federation, confirmed that his country’s team fell into a strong and difficult group at the Tokyo 2020 Olympics.

Al-Awadi said in exclusive statements to the German News Agency (dpa) that the Egypt group includes strong teams such as Sweden and Denmark.

He added that the Egyptian team played strong matches in the recent period, especially against Sweden, “and any confrontation that the Pharaohs will win will be the decisive factor to qualify for the second round,” and stressed that “we have a group of distinguished players who are able to make the difference despite the difficult task.”

Al-Awadi stressed that Egypt is a candidate to qualify for the second round with all its capabilities, pointing to the ability of the Pharaohs to achieve the dream and qualify for the semi-finals of the Tokyo Olympics.