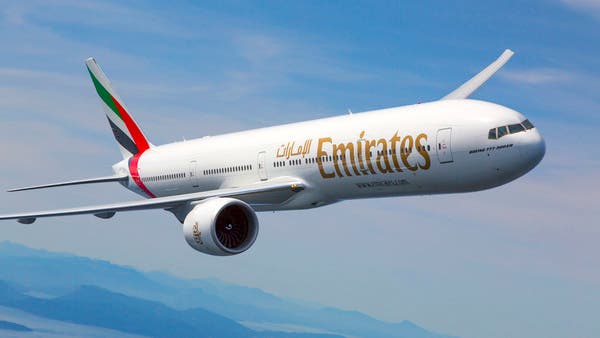 The Emirates Airlines website has allowed to book regular travel flights to 16 destinations in 12 Arab countries starting from the beginning of next July.

Allowing booking on the airline’s website does not mean that they can actually travel, as the operation of these flights is subject to the approval of the civil aviation authorities in both the Emirates and the countries that will receive these flights.

The process of permitting reservations is usually an automated system of the system, so the operation of flights remains subject to approval of the competent authorities.

It is expected that the carrier will operate 21 weekly flights to Cairo, starting from the first of next July aboard “Boeing 777 R300” and “Airbus A380”.

The airline included Madinah on the flight schedule through 9 flights per week, and 3 daily trips to Riyadh via “Boeing 777 R 300”, according to the Emirati newspaper, “Al Bayan”.

The airline maintained a daily flight to each of Tunisia via “Boeing 777 R300”, and to the city of Casablanca in Morocco on board the “Airbus A380”.

The airline will also operate a daily flight to the Iraqi capital, Baghdad, and 5 weekly flights to the city of Basra on board “Boeing 777 R300”.

The airline will return to Bahrain with 3 daily flights on a Boeing 777 R300, and two flights to Beirut via the same model.

The company operates a daily flight to the Sudanese capital Khartoum, at the same time the carrier has scheduled its return to Muscat on the first of August next through two daily flights to increase to 3 flights starting from the first of September.

Emirates Airlines stated that all dates and number of flights are subject to change, according to developments in the situation with the new Corona virus (Covid-19), communications between countries and operating plans and permits.