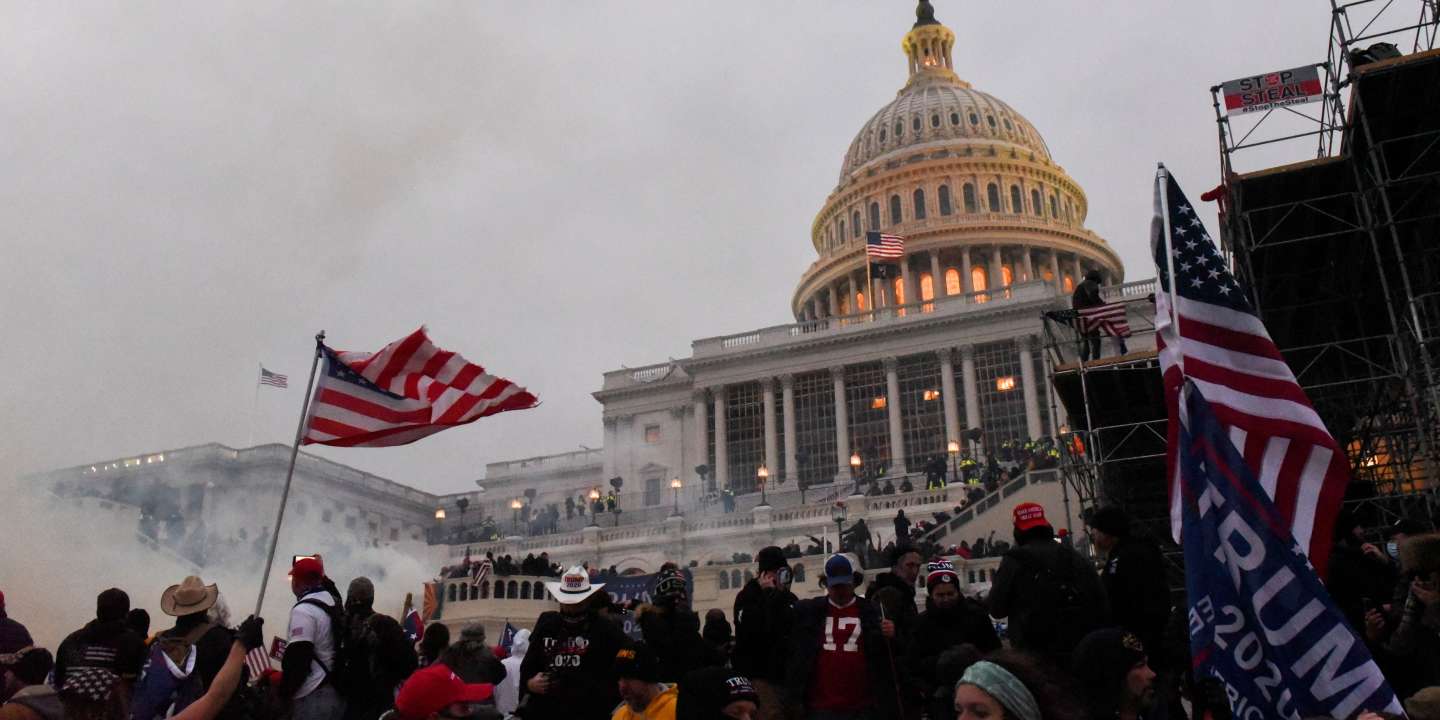 Their voice broke several times. Before the House of Representatives commission of inquiry into the January 6 riot on Capitol Hill, meeting on July 27 in Washington, the four police officers called to testify described in detail the violence with which they were attacked by a horde of extremists seeking to overturn the result of the presidential election of November 2020. The blows of iron bars, the taser, the throwing of chemicals, the racist insults. The threats : “Take his gun and kill him!” “

For the first hearing of the commission, the Democrats had chosen to stage those who found themselves on the front line, overwhelmed by the number (more than a thousand attackers against 450 police officers), crushed while trying to defend the entrances of the Capitol, helpless in the impossibility of using their weapon, given the crowd and the configuration of the place. These police officers who saved elected officials and democracy itself, facing the « cancer » threatening “Our constitutional republic”, as said Liz Cheney, one of the two Republicans who agreed to serve on the commission.

Sergeant Aquilino Gonell, with a handkerchief handy, described the trauma he suffered from suffering such hatred from fellow countrymen. Arrived from the Dominican Republic in 1992, enlisted in the army, he served in Iraq at the age of 25. He was more afraid in Washington on January 6 than in Baghdad. “It was a medieval battle. Body to body, centimeter by centimeter. “ The policeman was defending the west terrace. The pack was shouting that the “Traitors” had to be “Executed”. “I felt I was losing oxygen. I said to myself: this is how I’m going to die. ”

“This nigger voted for Joe Biden”

Salt-and-pepper-bearded Michael Fanone, a member of the Washington Police Department’s narcotics unit, usually in plainclothes, had no reason to be there. But when he heard the code 10-33 emergency call on the radio, a message he had only heard on September 11, 2001, he put on a uniform and rushed to Capitol Hill. He was separated from his colleagues, beaten, electrocuted ” again and again ” with its own taser. His camera gives out the triumphant cry of an assailant: ” I have one ! “ Then the police officer’s distress call: “I have children. “ Unconscious, he was taken to hospital with a heart attack and head trauma. Proven, he banged his fist on the table on Tuesday, evoking the elected Trumpists who continue to minimize the seriousness of the events of January 6. “This indifference to my colleagues is unworthy. “

You have 71.53% of this article to read. The rest is for subscribers only.