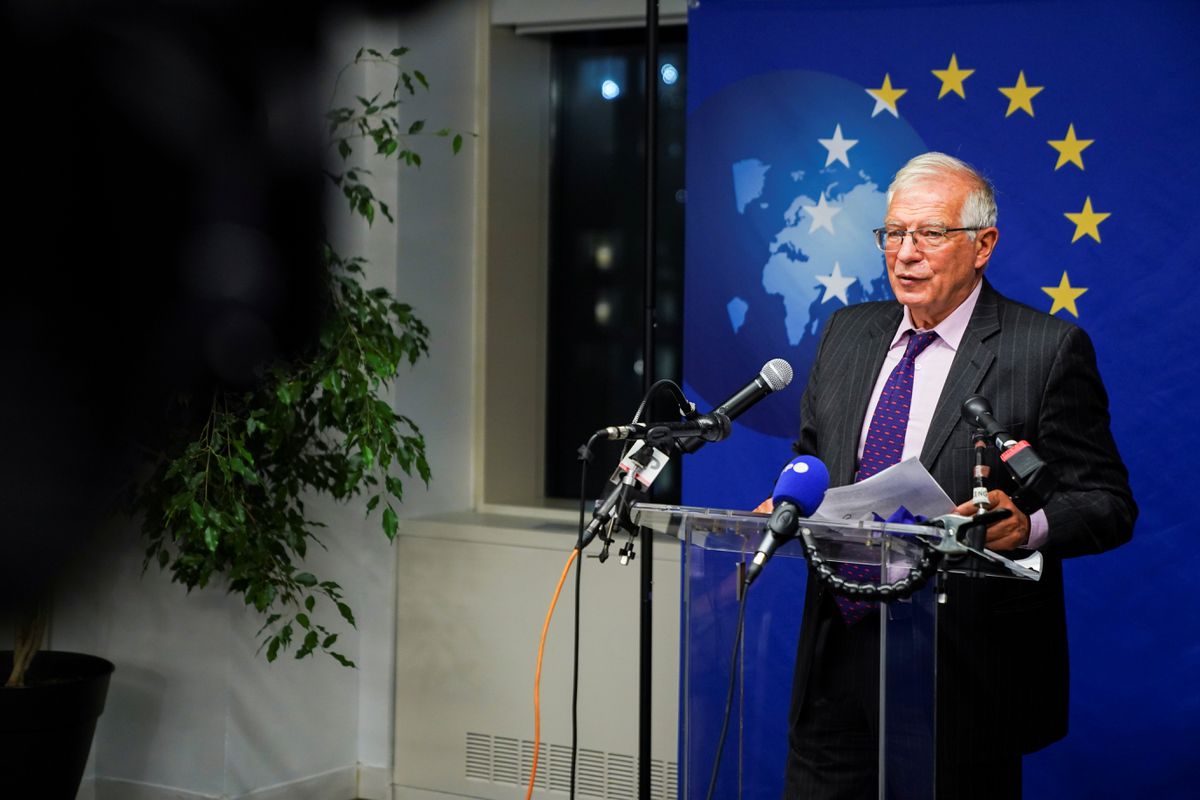 The European Union (EU) has accepted the invitation of the National Electoral Council of Venezuela to participate as observers in the next regional and local elections to be held on November 21. The High Representative for EU Foreign Policy, Josep Borrell, has assured that “an unprecedented electoral process will be carried out, with the concurrence of the majority of political forces for the first time in recent years, to elect more of 3,000 regional and municipal representatives in Venezuela ”. Borrell, in a statement, recalled that the EU has not deployed an Electoral Observation Mission in Venezuela in the last 15 years.

Venezuela’s National Electoral Council (CNE) reported in May that elections for governors and mayors would be held on November 21. The announcement opened the debate between the opposition parties, which had not participated in elections in the country since 2017 to denounce the lack of transparency. On August 31, the opposition confirmed their participation in the elections united in a single list. The formation of the new CNE, the country’s electoral arbitrator, which for the first time incorporates two rectors who are not allies of Chavismo, and the open dialogue table between the Government and the opposition in Mexico they pushed the participation of the opposition and are also key in the response now of the EU.

The European Union deployed Electoral Observation Missions in Venezuela in 2005 and 2006, but declined to participate in subsequent ones. In the 2020 legislative elections, in which Maduro took control of Parliament, Brussels did not acknowledge the results. Borrell has indicated this Wednesday that the EU Mission will make an independent technical evaluation of all aspects of the electoral process and will propose recommendations to improve future elections. “I believe that this work can be an important contribution to support a peaceful solution to the crisis and a path towards credible, inclusive and transparent elections,” he added.

The head of the EU Mission will be the Portuguese Socialist MEP Isabel Santos. “I look forward to working with state authorities, political parties, candidates, civil society organizations and other interested parties, with the aim of defending democratic values ​​and promoting a credible, inclusive and transparent process,” said Santos.

The EU team will be made up of 11 electoral experts who will arrive in Caracas in October, who will be joined throughout the month by up to 62 observers who will be deployed throughout the rest of the country. The Mission will remain in Venezuela until the end of the electoral process and will issue a report on the holding of the process. The agreement signed between the EU and the National Electoral Council guarantees freedom of expression and movement for European observers.

The Government of Nicolás Maduro, drowned by sanctions and exiled from the international community, has months sending faint signs of openness to the outside and inside of the country, like the formation of the new CNE. The absence of the opposition in the elections of recent years ended up benefiting Chavismo, which allowed it to extend its power, but the serious economic crisis that plagues the country has forced the Chavista leader to move. Maduro’s objective is the lifting of international sanctions, but he knows that they will not occur without making progress in the country’s democratization process.

Maduro has always been more sensitive to the opinion of Europe than to that of the United States, and on several occasions he has made efforts to try to convince European officials about the legitimacy of the elections organized by Chavismo. Relations between the two began to progressively deteriorate around 2015, after the opposition won most of the seats in the National Assembly, in a victory that was rendered ineffective by preventing Parliament from legislating.

The total cooling between Venezuela and Europe came in May 2018, when the Bolivarian regime unilaterally organized a presidential election in which it prevented the participation of the main opposition parties and candidates and brought forward the date of its celebration by eight months. The lack of transparency in these elections was also questioned by the Office of the United Nations High Commissioner for Human Rights and the Organization of American States.

After the political storms of 2014, 2017 and 2019, Borrell has been one of the politicians inclined to rebuild a space of progressive consensus with Chavismo that allows for the consolidation of progress towards the democratic stability of the country.

Subscribe here to newsletter from EL PAÍS América and receive all the informative keys of the current situation of the region.