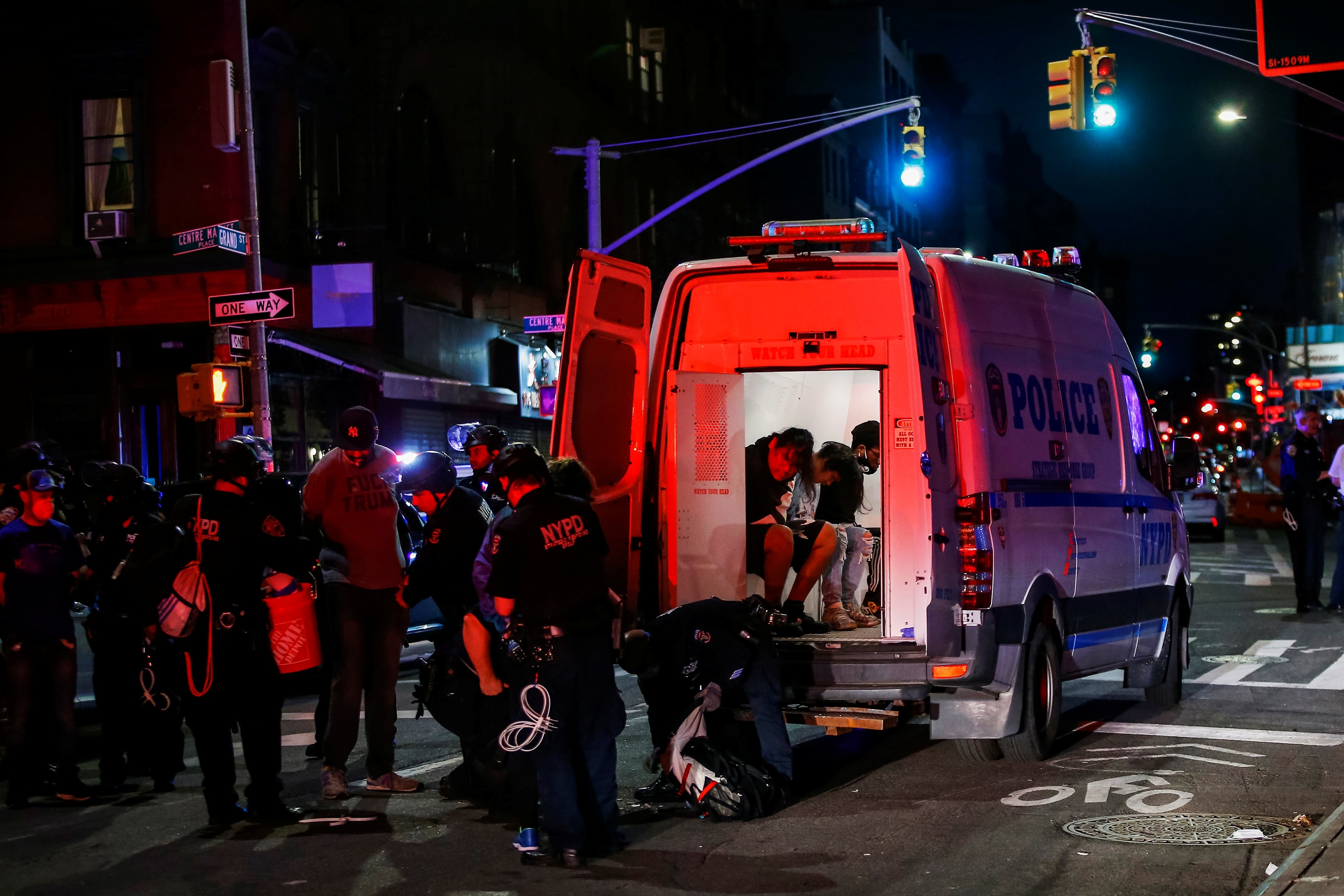 A group of people was detained during the protests in the United States. REUTERS / Lindsey Wasson

The FBI captured Miami and other cities in the United States of various groups of people from Haiti, Venezuela, Cuba and Honduras, who received money to finance violent groups during the protests that took place this weekend, regarding the murder of the African American citizen George Floyd.

The detainees admitted having received money from activists to participate in the protests.

“There are definitely individuals associated with Venezuela who paid trips to people to various cities in the United States to promote chaos,” one of the people working in the undercover investigations told the news portal First Report.

According to the information, the detainees were interrogated by FBI domestic counter-terrorism agents.

Authorities confirmed that they are trying to determine whether the people who made payments to promote the riots have ties to foreign intelligence agencies, both from the Venezuelan regime and the dictatorship of Cuba.

The investigations are in charge of the Miami District Attorney and they continue in progress because at least two of those captured were seized large amounts of cash whose origin and destination were not established, according to the Journal of the Americas.

Several of the detainees are residents of the Miami area known as Little Haiti, who participated in the riots in downtown Miami between Friday and Saturday, the source said.

Police officers detain a protester in the US

Activists marching with the flag of the Sandinista National Liberation Front, the party of Nicaraguan dictator Daniel Ortega, also participated in the demonstrations.

The authorities of United States announced that they are working to determine if there are infiltrated extremist groups in the protests what have caused unrest, destruction of looting after the death of African-American George Floyd, which occurred in Minneapolis after former police officer Derek Chauvin put pressure on his neck with his knee.

According to the investigations, there are indications that people with other motivations participate in the riots. These are anarchist graffiti, arrests of protesters from other states, and images circulating in extremist groups that suggest the involvement of outside groups.

Minnesota Governor Tim Walz said Sunday that state authorities had suffered a cyberattack as security forces prepared to disperse protests in Minneapolis and St. Paul, the epicenter of the unrest.

The president of United States, Donald Trump; Justice Secretary William Barr and others blame anti-left extremist group Antifa. Antifa, short for antifascistas, is a term that includes groups of the ultraleft.

Barr said Sunday that the FBI would use its regional antiterrorist division to “identify criminal organizers,” while Trump reiterated his proposal to brand antifa as a terrorist group.

The Justice Department also deployed members of the U.S. Marshals Service and the federal drug agency (DEA) to reinforce the National Guard before the White House on Sunday, according to a prominent member of the Department. The official was not authorized to comment publicly on the matter and spoke on condition of anonymity.

The addition of federal agents, who will have armored vehicles, came after Barr warned that the prosecution could resort to anti-terrorism legislation against “radical violent agitators” trying to take advantage of the protests to cause destruction.

People demonstrate in front of the police

An antifa activist group on Saturday sent a message via Telegram urging people to view the Minnesota National Guard as “easy targets.” according to two members of the Department of Defense. The message urged activists to steal weapons and protective equipment from soldiers. Officials were not authorized to comment on the matter and spoke on condition of anonymity.

While the Columbus, Ohio police asked for support over the weekend to identify a man who was handing money to protesters to cause destruction of public property. In a video released by authorities, a man is seen handing over money and giving instructions to at least two people. Police later thanked the community for the support in identifying the man, but did not provide further details.

MORE ABOUT THESE THEMES:

The US sanctioned four naval companies for transporting oil to Venezuela

Bolsonaro, after record of deaths in Brazil: “Death is everyone’s destiny”