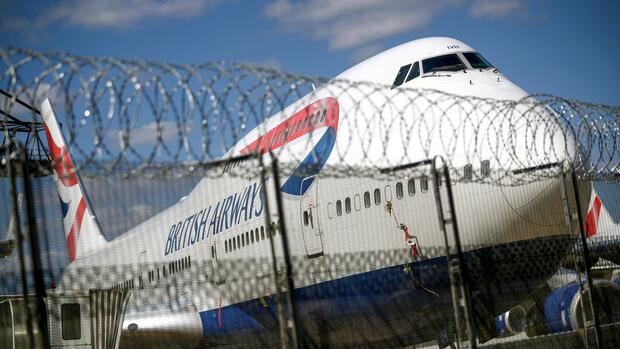 Berlin, Brussels, London, Paris With flight bans and border closings, Europe is arming itself against a highly contagious variant of the corona virus discovered in Great Britain. Germany largely stops flights from Great Britain. Landings from the country are forbidden from midnight, according to an order from the Federal Ministry of Transport on Sunday.

The German government had announced that it intends to restrict travel between Germany and South Africa. Health Minister Jens Spahn (CDU) announced on ARD that a regulation should be issued for both countries on Monday. The Federal Ministry of the Interior had already instructed the federal police on Sunday evening to systematically check travelers from Great Britain and South Africa immediately.

“We are in contact with the member states to increase the exchange of information and to check how they can coordinate,” said a spokesman for the EU Commission in Brussels on Sunday. Several countries such as Belgium and the Netherlands rushed forward and no longer allow entry from the UK.

British Prime Minister Boris Johnson imposed a tough lockdown over London and south-east England over the weekend with a travel ban. He justified this with a mutated version of the corona virus that is up to 70 percent more contagious than older variants. Although this “new” variant has been known in southern England since September, it was only now that the higher risk of infection was noticed, according to Johnson. Therefore there is “no alternative” than to tighten the rules again. Scotland then sealed off the border with England for the Christmas holidays.

According to the British government, the variant is no more harmful to health than the original. The vaccines are just as effective against it. The virologist Christian Drosten said the mutation had “not yet been seen in Germany”. In Great Britain, however, the variant of the corona virus is causing the authorities great concern. “It’s out of control and we need to get it back under control,” Health Secretary Matt Hancock told the BBC on Sunday.

Italy, the Netherlands, Belgium and France have also announced or are planning to ban flights or trains to and from the UK. On Sunday, Chancellor Angela Merkel, French President Emmanuel Macron, who is ill with Covid-19, EU Commission President Ursula von der Leyen and EU Council President Charles Michel called to coordinate the EU’s approach.

The restrictions for France are particularly drastic: “All movements of people from Great Britain, also in connection with goods transport, will be interrupted for 48 hours from midnight onwards,” said Prime Minister Jean Castex’s office on Sunday evening. “Only unaccompanied freight traffic is allowed.” Trips or flights to Great Britain are not affected by the suspension of traffic.

It is the first time since the end of World War II that France has completely cut off the other side of the English Channel from the continent. The country handles most of the direct trade between Great Britain and mainland Europe via the Eurotunnel near Calais and via ferry ports such as Calais, Boulogne and Le Havre.

The exact consequences of the interruption were still partly unclear in the evening. The head of the state-owned railway company SNCF said that there would be no more trains between the British Isles and France, including from France to Great Britain, which is logical because the trains cannot stack there if they are not on the continent allowed to return. The French government said it wanted to gain time with the interruption for coordinated action by the European Union and for preparing the resumption of traffic with new sanitary controls.

In Great Britain there was great outrage over the lockdown that was suddenly imposed by Johnson – the prime minister announced on Wednesday that it would be “inhuman” to ban the celebration of Christmas together in Corona times. Conservative lockdown opponents like MP Mark Harper demanded that Parliament should vote on this decision. A few weeks ago, Johnson had already suffered the largest Tory uprising in his tenure in a corona vote.

The resentment of many Tories could also weigh on the Brexit negotiations with the EU. Because there is a large overlap between the lockdown opponents and the Brexit hardliners in the conservative lower house group. If there is to be a free trade agreement by the end of the year, Johnson would have to make further concessions to the EU. However, given the dwindling support within our own ranks, this has not become any easier.

Because of the rapidly increasing number of infections in several EU countries, hundreds of scientists called on the weekend in the specialist magazine “The Lancet” to switch to a “synchronized containment strategy”: It must be prevented that the virus from countries repeatedly, as in a ping-pong game with high numbers of infections are introduced into those with lower numbers. The signatories from Germany include the virologist Drosten, the economist Clemens Fuest and RKI President Lothar Wieler.

In the week before the European approval of the Biontech / Pfizer vaccine, which is expected for this Monday, the number of newly infected people in Germany has also increased further. On a seven-day average, according to ZDF calculations, 24,770 people were newly infected with the corona virus every day in this country. That is almost 3000 more than in the previous week, when the daily average was still 21,812 newly infected. Out of 100,000 residents, 192 were infected last week. This means that Germany is far from the goal of reducing this seven-day incidence to 50.

At the same time, hopes for vaccinations soon increased over the weekend. In addition to the vaccine doses ordered via the EU, the federal government apparently has additional quantities from the manufacturers Biontech / Pfizer and Modern ordered. As Federal Health Minister Jens Spahn (CDU) announced on Sunday via Twitter and “Bild am Sonntag”, 136.3 million doses of both vaccines would be delivered to Germany by the end of 2021. 68 million of the 83 million people could be vaccinated and herd immunity established.

Spahn thus countered criticism of the European purchasing policy, according to which the EU Commission had ordered too little vaccine from Biontech / Pfizer and Moderna. The Biontech– Vaccine to receive regular approval from the European Medicines Agency (Ema) this Monday; Vaccinations are scheduled to start the day after Christmas in nursing homes. Ema approval for the Moderna vaccine is expected on January 6th.

Both vaccines are considered to be highly effective. In the USA, Great Britain and Canada, vaccinations with the Biontech vaccine have already started on the basis of emergency approvals. The EU decided against emergency approvals: only with regular approval does the manufacturer retain basic product liability. However, the EU member states are ready to financially secure certain corporate risks, announced the EU Commission.

A commission spokesman pointed out that negotiations with the pharmaceutical companies had already started before the clinical trials. “There was no certainty that any of the vaccine candidates would be effective or safe,” said a commission spokesman. In Brussels, the EU MP and physician Peter Liese (CDU) defended the procedure: “Anyone who criticizes now should ask himself whether he knew a few weeks ago what the situation is now.”

The Eastern European EU states in particular had urged fewer doses of Biontech and Moderna and more of Astra-Zeneca to acquire. The vaccine prices in Belgium became known by mistake: a dose of Biontech / Pfizer costs twelve euros, of Moderna 14.68 euros – but from Astra-Zeneca only 1.78 euros. However, it is still open whether the latter is sufficiently effective and whether it will be approved. Vaccine doses from Curevac and Johnson & Johnson, which also have not yet been approved, have also been ordered via the EU.

See Also:  Ayu Ting Ting is outspoken about canceling marriage with Adit, admits that she was the first to cancel