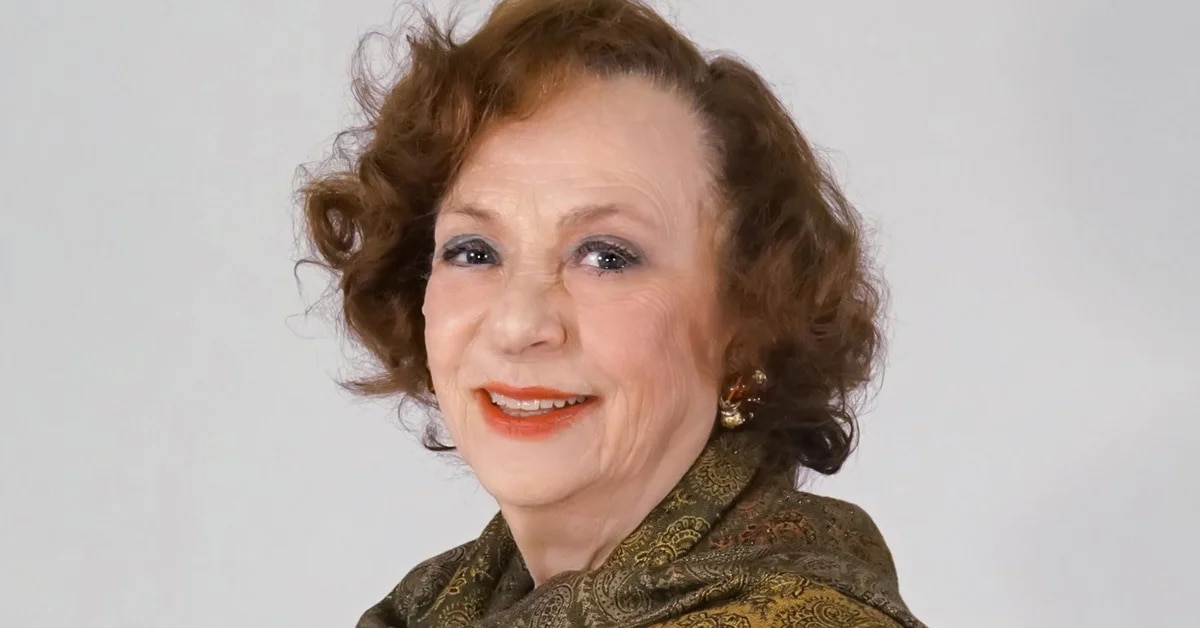 “The National Association of Actors deeply regrets the death of our colleague Rosa María Gordeas “Adriana Roel”, a member of our union. Our condolences to her family and friends. Rest in Peace”, they shared on their official account.

The National Association of Actors deeply regrets the death of our colleague Rosa María Gorbea “Adriana Roel”, a member of our union. Our condolences to her family and friends. Rest in peace. pic.twitter.com/304izikEdv

According to the official semblance that can be found on its official page, Adriana Roel From the age of 9 she began her dance studies and was a soloist in the Ballet of Mexico and in the Modern Ballet of Fine Arts and studied theater at INBAL.

She began her acting career in 1957 in the play the fallen fruits Directed by Master Seki Sano. Later, he moved to France to study at the Conservatory of Dramatic Art, after a few years outside the country. returned to Mexico to join the ranks of Televisa and debuted on television in 1960 in the telenovela shadow mirror.

It didn’t take long for him to show his acting skills and he made his debut the year before in the movie my wife understands me. Since then she has participated in several films, among which stand out I do not want to sleep alone, autumn daysThe wolf, End of party, Resignation for health reasons, Natural death and Chronicle of a breakfast, among many others.

We regret the sensitive death of the first actress, director, adapter and producer Adriana Roel (1934-2022), who forged an important career of more than 60 years.

The actress had in her hands a wide career of more than 50 years and, where her various appearances in some Mexican melodramas such as Viviana, Juana Iris, The strange return of Diana Salazar, If God takes my life, Hurricane and Loving you is my sin, among many others.

In 1979, she won the Ariel Award for Best Actress for her work in the film Anacrusa and also in 2014 for his performance in the film I do not want to sleep alone.

In 2007 she was honored at The Vagina Monologuesa work in which she participated in the 2000s accompanied by great personalities from the world of national acting, also during her more than 50-year career she had the opportunity to share credits with characters such as Arturo de Córdova, Libertad Lamarque, Marga López and Silvia Pinal.

As expected thanks to the immaterial legacy that I provide to the acting scene in Mexico., various personalities from the world of Mexican entertainment lamented the death of Adriana Roel, such were the cases of Gerardo Murguía or Ana María Alvarado.

“We regret the sensitive death of the first actress, director, adapter and producer Adriana Roel (1934-2022), who forged an important career of more than 60 years”, “RIP dear teacher Adriana Roel”, “I just can’t believe it, goodbye Adriana Roel an extraordinary actress, possessor of a voice and presence that lit up the screen. We will always have your cinema”, are some reactions recovered from Twitter.

The House of the Actor could not miss it and sent a message of condolences to the entire family of the first actress: “The House of the Theater deeply regrets the sensitive death of the great actress Adriana Roel. We embrace her family, friends and colleagues with all our love, ”they wrote,

Danna Paola announced her ‘XT4S1S’ tour in Mexico: “I couldn’t be more excited”
Galilea Montijo confessed that she has been stereotyped throughout her career: “They told me a lot ‘it’s that teibol'”
Alejandro Speitzer defended Danna Paola against criticism of her physique: “You have to be very respectful”

Assassin’s Creed Valhalla: what is its brand new free roguelite mode worth?