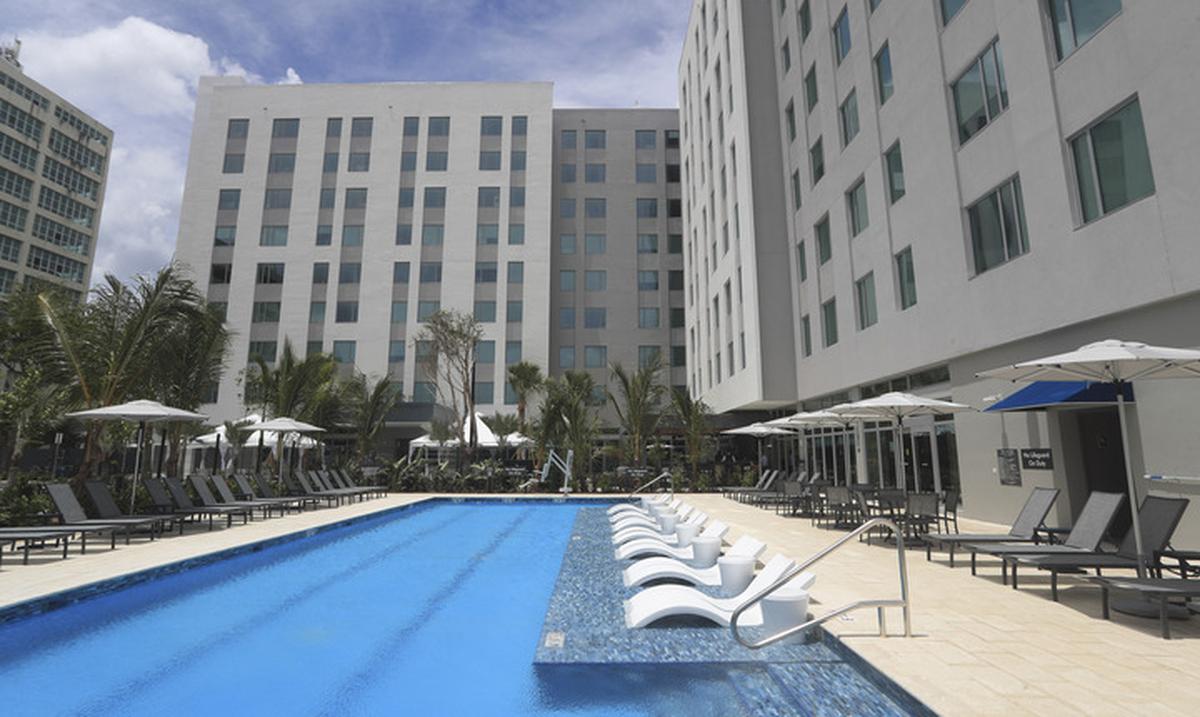 The hotel zone of Isla Verde has a new inn starting this Wednesday, after the Residence Inn by Marriott opened its doors, after an investment of about $60 million by the Puerto Rican company Interlink.

Contrary to the rest of the hotels in the area, one of the main ones for tourism in the country, this property is designed for long stays, so it is committed to receiving, mainly, families and business travelers.

The financing of the project was led by FirstBank and had the participation of the Cooperative Bank of Puerto Rico and the Hotel Development Corporation.

“We (Interlink), who have been investing in hotels for 20 years, have always known that Residence Inn by Marriott is number one by far in the extended stay segment”expressed the president and chief executive officer of Interlink, Federico Sánchez, in an aside with The new day.

“Puerto Rico has potential in the business and family traveler, so the Residence Inn is very strong in pleasing these two groups of travelers who have their particular needs and interests. We understand that there is high demand because there is depth in the market,” she added.

The Residence Inn – which was built on a disused parking lot – has 231 suites with equipped kitchens, a work area and a separate living room.. As in the rest of the property, white and cream colors stand out in the rooms, creating a minimalist and modern atmosphere.

The property has two swimming pools, one of them for children, which was designed with games, fountains and slides. Likewise, it has two bars, a gym, meeting space and free wireless internet. Breakfast is included in the reservation.

As part of its culinary offer, the renowned Puerto Rican bakery Sobao will soon be established in the hotel. The establishment will be located on the first level and, according to Sánchez, it will become one of the main meeting places in the Isla Verde area.

The design of the property was in charge of the firm Álvarez-Díaz & Villalónwhich sought a contemporary façade in harmony with the urban environment and the environment, with the installation of LED lighting and systems to achieve efficiency in the consumption of electrical energy.

From the design of the property, the sculptural work “Chimera de mar” by the artist Luis Torruella stands out, which was made of aluminum and placed on one of the exterior walls of the structure. In addition, the local artisan Aleida Cárdenas will have a permanent exhibition of her macramé pieces in the lobby of the inn.

According to Sánchez, the opening of the hotel generated 100 jobs, while during construction another 350 people were hired.

For Governor Pedro Pierluisi, the opening of this hotel will consolidate the tourist offer of Puerto Rico, which in 2021 showed signs of recoveryafter reaching a record $1,304 million in lodging revenue.

“The growth of the tourism sector in Puerto Rico is testimony to our competitiveness as a destination. Interlink has been a key player in the expansion of our hotel sector and the arrival of the innovative Isla Verde Residence Inn under the Marriott flag is another great step to continue expanding our offer on the island,” the governor said during a press conference.

With the opening of the Residence Inn, Marriott hotels in Puerto Rico increased to 14which for the company’s Director of Development for the Caribbean, Paula Cerrillo, is proof that there is an “appetite” on the island for the development of the tourism industry.

He added that the island represents a key market for the growth of Marriott in the Caribbean region and was confident that there will be new hotel projects in the future. According to the executive, the company’s hotels in Puerto Rico have “phenomenal numbers.”

“The American guest, who is the natural market for Puerto Rico, loves the island. Especially, I think that now is a unique moment, because there are many investors betting on Puerto Rico and because after coming out of the pandemic, Puerto Rico has attracted a lot of attention and the people who have begun to come to a destination to vacation or work are realizing account of the reality of Puerto Rico and he is falling in love”Cerrillo noted.

On Interlink’s side, Sánchez highlighted that his portfolio of hotels with Marriott increased to four. In addition to the Residence Inn, the company developed the Sheraton Puerto Rico hotels, The St. Regis Bahía Beach Resort and the AC Hotel San Juan. The firm is also a partner of Hotel El Convento and Hotel Palacio Provincial.

What are your plans for the future, The businessman revealed to El Nuevo Día that he is currently in talks with Marriott for the construction of a second Residence Inn in Puerto Rico.

“Not only Residence Inn, Marriott has a wide range of flags and in Puerto Rico there is room for many of them,” Sánchez said.

#Video Motorcyclist dies after crashing into a post in Xochimilco