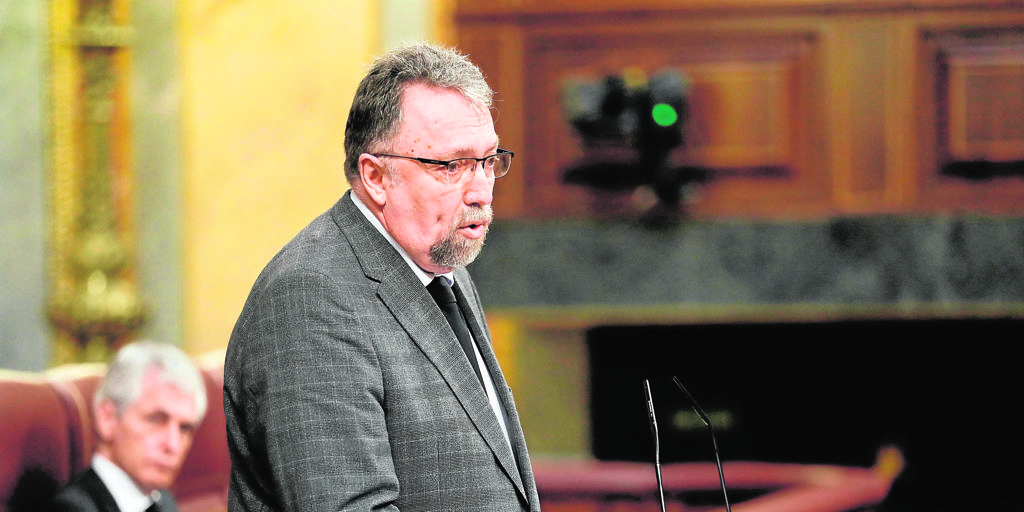 Isidro Martínez Oblanca, former senator of Foro Asturias and current deputy in Congress, has come to the defense of the party’s founder, Francisco Álvarez-Cascos, after ABC revealed that his wife’s company charged the party more than 6,000 euros per month for a office in Madrid that “nobody stepped on”, according to party sources.

Martínez Oblanca assured ABC yesterday that he did use the headquarters while he was a senator and they kept “a lot of documentation” there, although he had to be asked twice, because the first time he replied: “I was the coordinator in Madrid.” He said that for a year they used “a free office on Calle Hilarión Eslava” and then “we were offered to move to the one at La Castellana, already paying.” Both properties were where gallery owner María Porto, then Álvarez-Cascos’ wife, worked. His company Cinqualium S.L. It charged 174,000 euros to Foro Asturias between 2012 and 2014 for the rental of a “double office” and the infrastructure of its own office. Martínez Oblanca acknowledges that “no Forum worker was there.”

Asked then why they spent 85,000 euros a year in an office where only he went, he asserts that he had “meetings with colleagues, people from Madrid from the party”. ABC asked for the names of the people who can corroborate that they were there, but he refused: “No, I can’t, because they were confidential meetings.”

As for the high cost -the Madrid office amounted to almost double that of the Oviedo headquarters, where there are workers-, the deputy maintains that “what it cost, whether it is too much or too little, is what the party accepted It was not done behind anyone’s back, but with the knowledge of the party’s Steering Committee. Asked if it is right for a party to rent offices to a company of the president of that same party and his wife, the deputy maintains that “I limited myself to assuming the mandate of my party in Madrid with the means made available to me , without asking who was paid ». As for whether it was Cascos who proposed renting that property, Martínez Oblanca’s memory fails him: “I don’t remember who it was, if the general secretary of that time or who.”

The current national deputy of Foro reasons that his office in the Senate was not enough because “there he worked for the Senate” and “for the party we set out to form a territorial structure in Madrid of which I was coordinator”. He maintains that the project “failed and that is why in 2014 I proposed the closure of the Madrid headquarters”. Only a few months after the payment of the last monthly payment, that of December 2014, María Porto dissolved the company, which had not presented accounts since 2009. Álvarez-Cascos himself was the sole administrator of Cinqualium S.L. until July 2011, after the elections that would make him President of the Principality. .