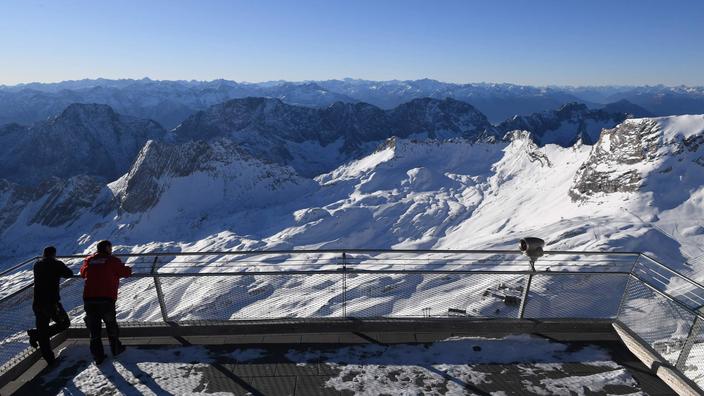 Compensation for ski lifts closed in December is planned, said Secretary of State for Tourism Jean-Baptiste Lemoyne. Related activities will also be supported.

The government will provide “enhanced support to mountain stakeholders,” Secretary of State for Tourism Jean-Baptiste Lemoyne announced on Monday, including compensation for ski lifts closed in December, including those “managed by agencies».

A “ad hoc device to compensate ski lifts“Which will remain closed at Christmas, will thus see the light of day, in order to bring a”reinforced support for mountain stakeholders», Announced the Secretary of State at the end of a meeting in Matignon, around Prime Minister Jean Castex, with professionals of the sector.

A meeting in Matignon on December 11

The latter will be received again at Matignon on December 11, he said during a press conference call. “This device will be aimed at both private and public structures“, Specified Jean-Baptiste Lemoyne, indicating that approximately”75 stations“Entrusted the management of their ski lifts to”control rooms“- or so far”the public entities concerned organized their own support».

The government also wants “related activities that live off tourism“Can”be eligible for the Solidarity Fund on a territorial basis and not on the basis of their activity or their NAF code (French nomenclature of activity)», He indicated. “Work continues with the Ministry of the Economy“So that, in particular,”certain stores which are not necessarily in the resorts, but in the valleys, and whose attendance is indexed to the number of tourists“, Jean-Baptiste Lemoyne indicated by way of example.

Regarding partial activity, this device will be extended to companies in the winter sports sector, the Ministry of Labor announced on the same day in a press release. “In order to allow professionals in the sector to secure the hiring of seasonal workers without delay, the government has decided to grant the benefit of partial activity to the companies concerned until the resumption of activity in the resorts”, did he declare. Seasonal workers can benefit from this scheme if they were already hired last season and “Are the subject of a renewal of the employment contract” or if they have a promise of employment signed before December 1 for the 2020-2021 season.

The use of partial activity “Will thus make it possible to secure the recruitments of seasonal workers with a view to the reopening of the stations and to facilitate the restart when activity can resume”, explained the Minister of Labor Élisabeth Borne, in this press release, recognizing that the decision to open the ski resorts for the end of the year holiday period while banning ski lifts “Is a blow to the economic activity of mountain resorts”.

The closure of the ski lifts has been decided “in a preventive logic, to avoid large mixing of populations, large gatherings and therefore ultimately, a third wave (of the pandemic) which would be very hard to bear“, Justified Jean-Baptiste Lemoyne. But the government is working with the sector to define “the conditions of the reopening, when the time comes“, with notably “a mountain promotion campaign for the rest of the season», In partnership with Atout France. “Christmas is around 20%“The activity of mountain resorts,”we will make the remaining 80% as successful as possible“, He concluded, in particular”with an emphasis on snow classes».