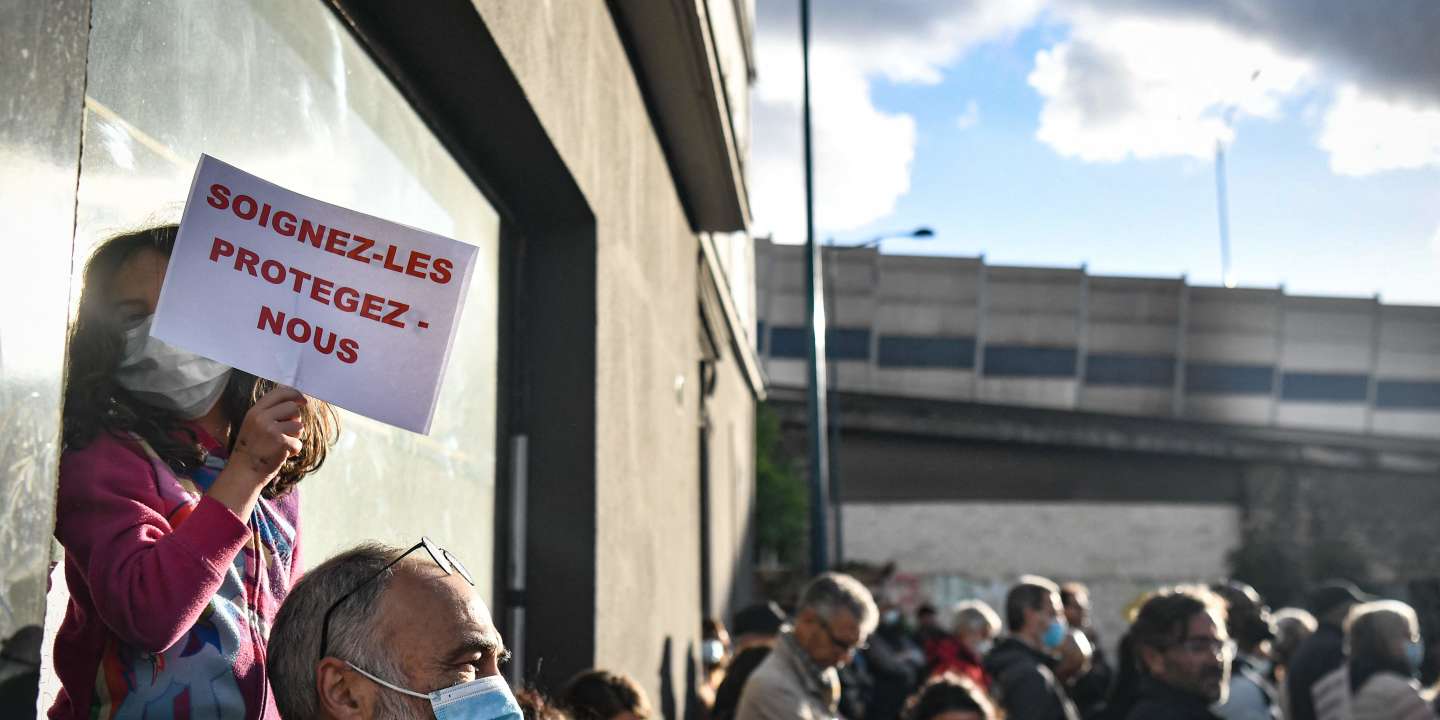 Is it the camp, is it the wall? It’s hard to say what caused the most anger, Wednesday, September 29, in Pantin. The camp is that of about fifty crack users moved Friday by the Prefecture of Police from rue Riquet, in the north-east of Paris, to a square at Porte de la Villette stuck to the ring road; the wall is a set of concrete blocks erected the same day on rue Forceval, which until then formed the junction, under the ring road, between the town of Seine-Saint-Denis and the 19e district of the capital. Through this building, the Paris police prefect and the regional prefect said they wanted to ensure the « protection » residents against drug addicts.

To believe the demonstration of elected officials and several hundred inhabitants in front of the wall in question, Wednesday evening, many do not taste to be “protected” in this way.

“Wall of shame”, tagged someone on the blocks. “Punch in the face”, thunder at the microphone Dominique Gamard, member of the SOS-Quatre-Chemins and 93 Anti-Crack collectives, who castigates a “Symbol of contempt” and calls for “Sew up the suburbs with Paris”. She is offended that the Porte de la Villette was chosen to receive the “crackers” on the grounds that the area would be, in the words of the Prefecture from police, “Without residents in the immediate vicinity”.

“We must treat these people”

Hay « concertation » with local elected officials, the wall was erected ” in the rain “, continues Bertrand Kern, the mayor (Socialist Party) of Pantin, who calls for a ” sustainable solution “ to the problem of crack use “Which has been mining the north and east of Paris for more than ten years”. And to remember that emergency accommodation for adults is a state responsibility. “It is the State which is competent, but it is the Ministry of the Interior which takes care of it, tance M. Kern. The approach is only safe when it is necessary to treat these people who are in complete distress. “

Before the National Assembly, Gerald Darmanin, the Minister of the Interior, announced for Thursday a crisis meeting between the authorities and elected officials. But Bertrand Kern says he did not receive ” no information “, and ironically: “If anyone knows where it is, who is going, let him say it!” “

Read also Crack in Paris: Eric Dupond-Moretti reflects on “lasting solutions” after the construction of a wall

Karine Franclet, the mayor (Union of Democrats and Independents) of Aubervilliers, reports a “Great anxiety of the inhabitants”. In the procession which sets in motion towards the Porte de la Villette, Ali (he does not wish to give his last name), 33, gives his vision of things: since the drug addicts arrived, “It begs, it bangs on car windows”, relates this bus driver, who has been walking the streets of Pantin for eleven years. “With migrants, it’s already complicated”, he adds, calling on politicians to “Deal with the problem, not pass the buck. It’s kind of their job! ”

“From a health issue, we made a question of public tranquility, regrets Bruno Carrère, deputy mayor of Pantin in charge of social and solidarity actions. And the tranquility of some is worth more than that of others. Here, the social situation is already very difficult, we add fragility to fragility. “ For him, the suburbs will never have carried the status so well “That was given to him at the beginning: to be away and to bear everything”.

“Your cinema, we don’t want it”

A little later, at Porte de la Villette, the local elected officials themselves bear the brunt of the disease. Two very angry men manage to cover the sound system, shouting: ” It’s no use ! Your cinema, we don’t want it! “ Bertrand Kern tries to explain to them that force is the responsibility of the police. Two groups pretend to separate: several residents chant “A voice to the inhabitants” while the mayor is applauded by his troops. A fragment of the procession approaches the camp for crack users, blocking the access and exit ramps of the ring road for a few minutes. “We are going to make war on you”, launches a protester waving a finger. The police keep watch, discreet.

Not far from there, Loubna manifests with her 3-year-old boy. ” Because of them “, this 45-year-old liberal nurse now refuses to come and work at Quatre-Chemins: “It’s a big disaster, there are assaults, broken cars. They are not in their normal state, they do anything and everything. The state throws people at us: but put them in the hospital! “ Loubna deplores that it is now necessary to accompany children to school, and fears that drug addicts and people in the neighborhood will end up organizing themselves into “Militias”. “Young people are ready, says Ali Diop, who has lived at Quatre-Chemins for forty years. It will be up to us to lay down the law. “

Gérard Dubus is 75 years old but he is a young Pantinese: he has lived for three years in a “Bobo district” along the Ourcq canal. He is sorry that Seine-Saint-Denis is still seen “A bit like the garbage can in Paris”, while the town of Stains, for example, has a symphony orchestra “Monster talent”. One day, a young cracker assaulted him at Porte de la Chapelle: he didn’t hold it against her, “She was missing”. Faced with the concrete blocks of rue Forceval, he wonders if France is the country of human rights, or only of their “Declaration”. For him, the wall, “It means ‘fuck you'”.