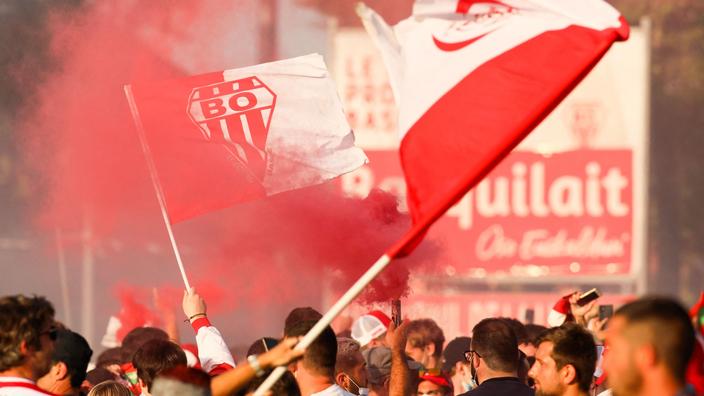 The Bayonne prosecutor put forward the figure of 6,582 tickets sold for the volcanic derby won by Biarritz Olympique.

The images left no room for doubt. On the occasion of the accession / relegation roadblock between Biarritz Olympique and Aviron Bayonnais, the Aguiléra stadium seemed very full, with well over 5,000 people authorized according to the public tonnage in effect at the time. The prefect of Pyrénées-Atlantiques Eric Spitz had launched, at the end of this Homeric derby won by the BO (6-6, 6 shots on goal to 5), an investigation entrusted to the public security of the Bayonne police station.

And the Bayonne prosecutor Jérôme Bourrier acknowledged, to our colleagues of South West and of France Blue Basque Country , that the gauge had been largely exploded, since 6582 people were present in the Biarritz enclosure. According to him, “6,582 tickets sold or distributed, plus accredited people».

In addition, other overflows were noted during this match: poor control of sanitary passes to access the stadium, sale of alcohol at refreshments (which was not allowed), non-compliance with barrier gestures and invasion. of the field after the victory of Biarritz. In a press release, the Biarritz Olympique had defended itself from any infringement, indicating that the “BO will lend itself to any administrative or criminal investigation which will establish its good faith and its absolute respect for the rules.».

The president of the club Jean-Baptiste Aldigé and other executives of the Biarritz club had been heard in recent days. France Blue indicates that the investigation will continue on the side of the Bayonne police station. In addition, the prefecture of Pyrénées-Atlantiques is studying possible administrative sanctions after these overflows in the midst of a health crisis.

Back in Top 14 next season after seven years of absence, Biarritz Olympique is actively preparing its return to the top flight with no less than ten recruits. With in particular a big bang on the transfer market with the arrival of the Wallabies center Tevita Kuridrani (30 years old, 61 selections).