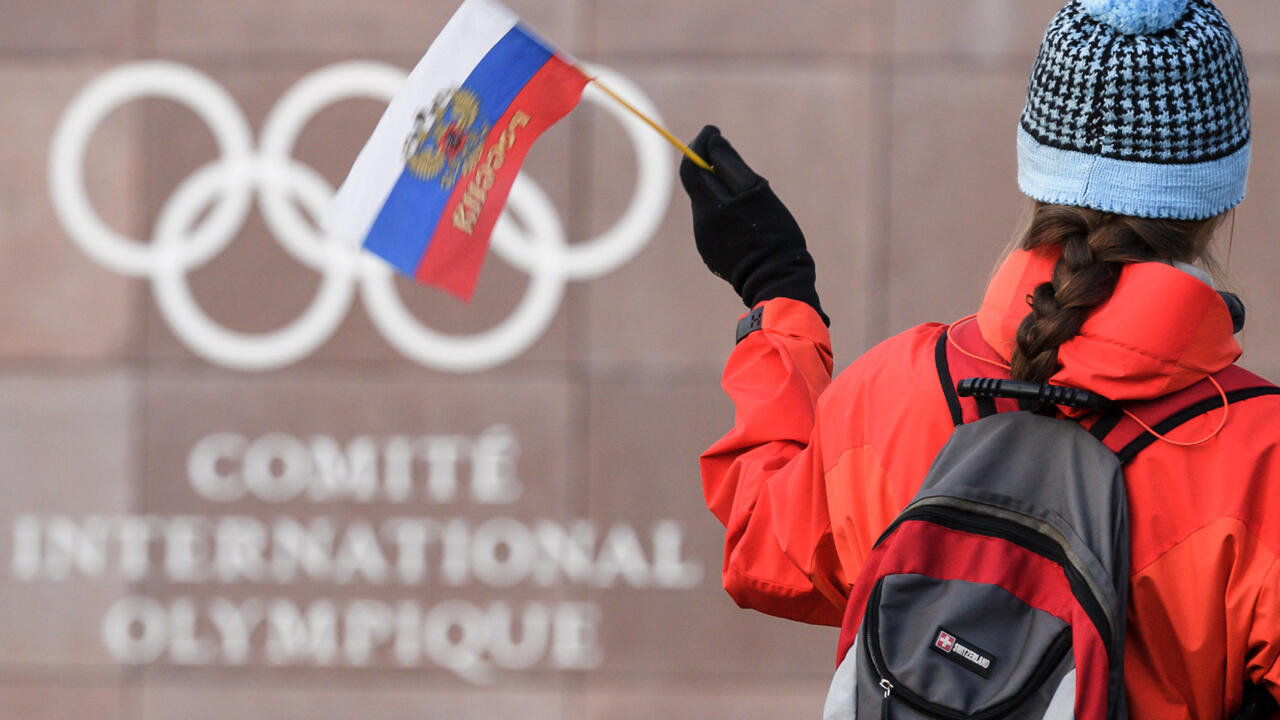 Lausanne (AFP) – Nothing has been decided yet, but the horizon for the 2024 Olympics in Paris is brightening for the Russians and Belarusians: despite the war in Ukraine, the International Olympic Committee (IOC) drew up a roadmap on Wednesday to reintegrate them into world sport.

“No athlete should be banned from competition solely on the basis of their passport,” the Olympic body’s executive said in a statement after consulting with representatives of athletes, international federations and national Olympic committees.

Behind this proclamation of principle, a series of behind-the-scenes maneuvers initiated last fall to bring back into the fold of Olympism the Russians and Belarusians, excluded from most international competitions since the invasion of Ukraine at the end of February 2022 .

The file is politically sensitive: on Tuesday, Ukrainian President Volodymyr Zelensky demanded from his French counterpart Emmanuel Macron that the Russians be already banned from the next Olympic Games, in less than two years.

But the right to participate in the Olympics depends on the 28 international federations governing summer Olympic sports, and not on the IOC, which is trying to find consistency between sport’s “unifying mission” and strong anti-Russian indignation, in particular in Europe.

The Olympic body, in the second curtain, has therefore been playing a crucial role for a year: “with a heavy heart”, it had “recommended” the exclusion of Russians and Belarusians, to “protect” their integrity and that of international competitions, and now beacon their return.

Its executive committee thus urged Wednesday to “study further the way” in which the sportsmen concerned could reintegrate the sporting events “under strict conditions”, offering for the first time a roadmap to the federations.

In detail, Russians and Belarusians would line up “as neutral athletes”, on the condition of not having “actively supported the war in Ukraine” and of complying “fully with the World Anti-Doping Code”, “verifications” at the key.

If an Athlete does not strictly comply with it, “the International Federation and/or the organizers of the sporting event in question should immediately exclude him (…) and report the incident to the IOC so that it considers other measures or sanctions”, continues the organization.

The IOC, like the representatives of the athletes and the Olympic world whom it has consulted, reaffirms on the other hand its attachment to the “sanctions” affecting Russia and Belarus: no international competition will be held on their soil, no flag, anthem, symbol or representative official will only be present at international events.

It is up to the federations to decide

In addition, the Lausanne-based organization, which in March 2022 commissioned ex-pole vaulting legend Sergei Bubka to coordinate humanitarian aid for Ukrainian athletes, insists on “solidarity” with the Ukrainian Olympic community, to that the country has “a strong delegation to the 2024 Olympics in Paris as well as to the 2026 Olympics in Milan”.

But the whole question, now, will be how the international federations will take hold of the new recommendations, they who had been very quick to follow the directives of the IOC at the end of winter 2022.

In mid-December last, the president of the International Athletics Federation Sebastian Coe recalled that the Russians remained banned “for the near future”, especially since their case is more complex in this major Olympic discipline: independently of the Ukrainian file , the Russian Federation has been suspended since 2015 for implementing an institutionalized doping system, and progress on this is due to be reassessed in March.

Depending on the mode of qualification for the Olympic Games chosen in each sport, time is already running out: thus, the qualifications for the marathon event began on November 20, while they will begin next July 1 for most of the 47 other athletic events.

On the organizers’ side, we are waiting for “the rules which will be enacted”, underlined Wednesday evening Tony Estanguet, the president of the Organizing Committee of the Paris Olympic Games. “We hope that the universal role of the Olympics can be preserved in 2024, we do not know exactly what the geopolitical state of international relations will be”.

Silver. Health check, vaccines, screenings… What are the free health checks on retirement?