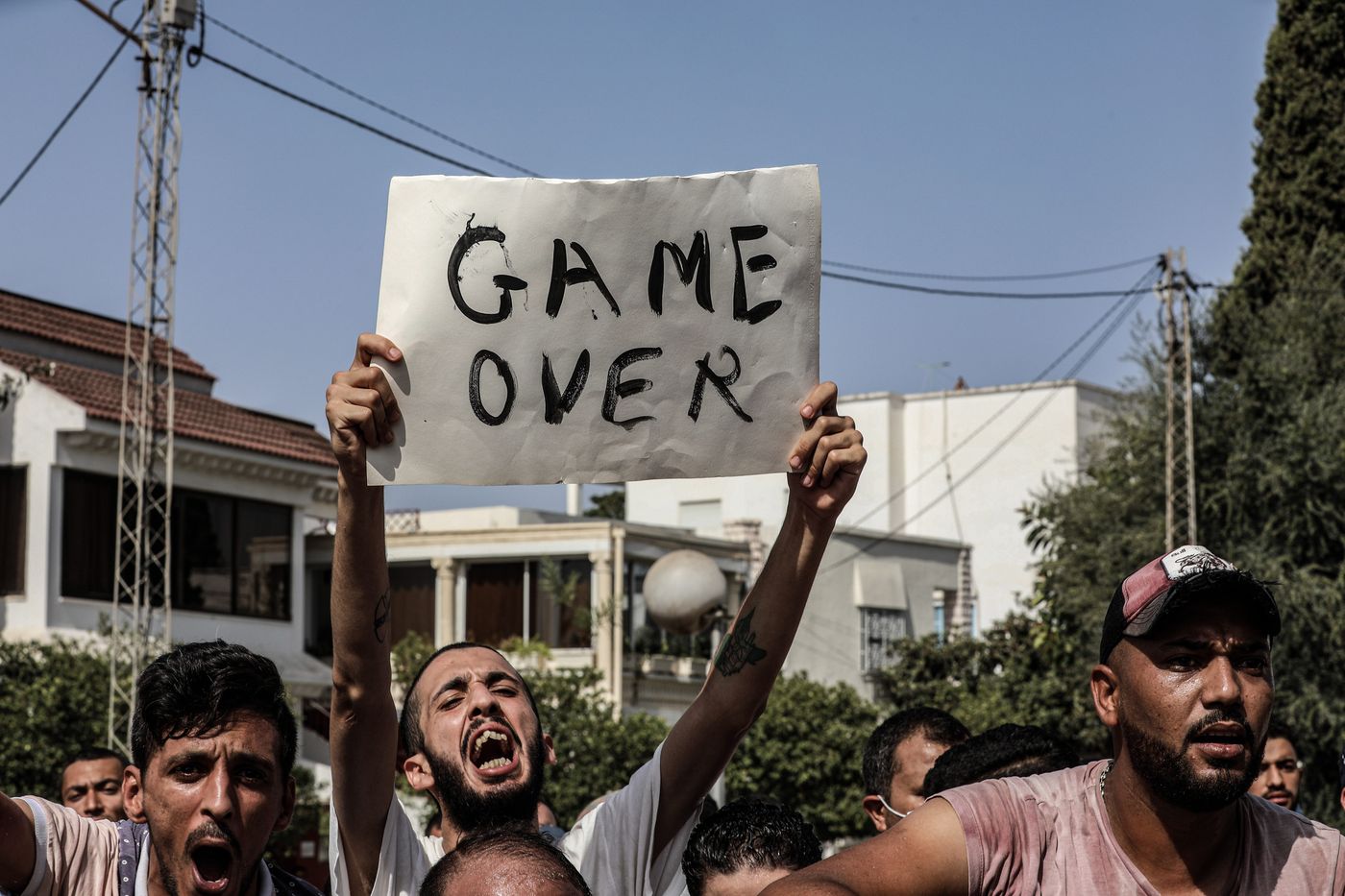 This time the slogans claiming “The fall of the regime” are directed against them. Ten years after rising to power, the Tunisian Islamists of Ennahda find themselves in a bad position after the dismissal of the Prime Minister they supported, the freezing of the activities of the Parliament and the lifting of the immunity of the deputies, announced on Sunday July 25 by President Kaïs Saïed.

→ READ. In Tunisia, the president is on the front line

Ennahda was until then the only party in the political landscape to have remained in parliament and in government without interruption since the 2011 revolution. Worn out by immobility, double talk and accusations of corruption, it now absorbs the essential to popular anger.

“Ennahda is considered responsible for the political and economic bankruptcy of the country over the past ten years, describes Riccardo Fabiani, specialist on Tunisia for the International Crisis Group, the institutional system is completely paralyzed. The catastrophic handling of the Covid-19 pandemic has only heightened resentment. “

A model running out of steam

“This party has always been afraid of going back, to before 2011, when the party was banned and repressed by Ben Ali. This psychosis pushed them to make counter-alliances to secure a place in power., deciphers researcher Nedra Cherif. The Tunisians consider that they have returned their jacket by allying with their opponents of Nidaa Tounes (party of former president Béji Caïd Essebsi, Editor’s note) to form a government in 2014. ” The party is also divided internally around the figure of Rached Ghannouchi, 79, president of the Assembly of People’s Representatives, who has announced his intention to run for a new term in the next legislative elections.

→ ANALYSIS. Rached Ghannouchi, head of Ennahda and master of the game in Tunisia

Formerly seen as a model for the normalization of political Islam, Ennahda no longer has the same capacity for mobilization. Rached Ghannouchi’s appeal to his supporters, the “Defenders of the revolution” in his words, taking the streets of Tunis was little followed. On Monday, the 200 supporters of the Islamist leader gathered in front of Parliament dispersed silently in the evening.

In addition to the closure on Monday of the Al Jazeera channel, owned by Qatar, known to be close to Ennahda’s positions, there is no indication that a crackdown is being launched against supporters of the movement. “There is currently no purge as was the case in Egypt”, confirms Mohamed Chérif Ferjani, professor at the University of Lyon-2.But some party figures could suffer from President Kaïs Saïed’s coup. “Investigations for corruption which were blocked until now may be successful, adds the political scientist. To prevent documents from disappearing, the government blocked access to the administration for two days. “

“Focusing attention on Ennahda allows Kaïs Saïed to calm popular pressure for a few weeks, but soon Tunisians will want change, adds Riccardo Fabiani. The question remains: what will he do with this new power? “ Monday evening, the Tunisian president met representatives of the powerful UGTT union, employers and civil society, actors who had pulled Tunisia from a previous crisis in 2013.