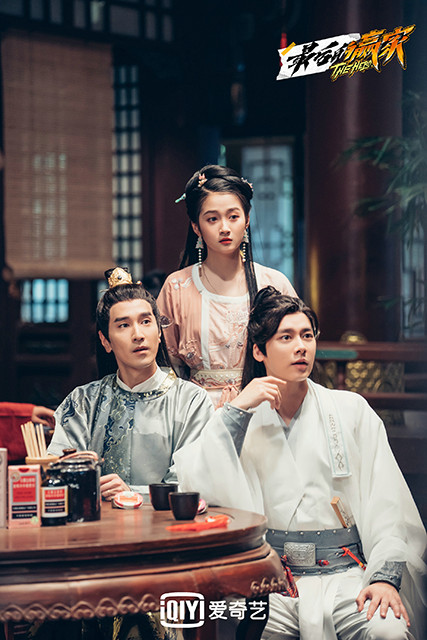 “The Last Winner”, a new mystery season reality show produced by iQiyi, will be broadcast exclusively on iQiyi at 12:00 on September 24, making countless netizens pleased with the fancy broadcast: “Finally waited!”. In the pre-release preview, five guests, Guan Xiaotong, Li Yifeng, Qin Xiaoxian, IXFORM-Tang Jiuzhou, and Zhao Youting (in alphabetical order of the surname above) formed the “Winner’s Day Mission”, dressed in ancient costumes, and will soon open a new mode of reasoning and investigation. It is reported that the first episode of several guest programs will trigger a case in a mysterious inn. In the process of chasing the suspect, they will encounter bizarre crossings. The five people will burn their brains and collect clues step by step without losing entertainment, and will lead the audience into it. In a new immersive case.

In the first preview of the highlights, five guests, Guan Xiaotong, Li Yifeng, Qin Xiaoxian, IXFORM-Tang Jiuzhou, and Zhao Youting (in alphabetical order of the surname above) came to a mysterious inn, but they encountered a case with a very high accidental rate. , By coincidence, there is also the inevitability of premeditated, what happened to them who met for the first time? Cause a group of guests to be easily frightened and screaming throughout the whole process? Aroused heated discussion among the audience. In the face of accidental incidents, all staff quickly went online to give full play to their personal strengths. Guan Xiaotong’s thinking about things has multiple dimensions, showing super-reverse reasoning thinking; Li Yifeng can be called the “King of Evidence Search”, with frequent questions and no clues; Qin Xiaoxian and IXFORM-Tang Jiuzhou used their physical advantages to speed up the pursuit of the suspect. The “detail control player” Zhao Youting showed meticulous observation and was the first to discover the information that may be hidden in the gossip array and poems. At this point, the advance release of a wave of highlights has already given the audience a preliminary understanding of the personality and abilities of the five guests, and further enhanced the audience’s expectations for the start of the program.

It can be seen from the content released so far that accidents frequently occur with suspense, and the rich content of the program and the multi-line parallel clue mining have brought a strong sense of substitution and participation to the audience. Some netizens commented that NPC’s acting skills are even online, “real to feel that I am present at the scene of the case”, and the various levels in the mystery case are also a double test of wisdom and physical strength.

As the plot progresses, the five men desperately pursued the suspect, but they accidentally crossed into the modern world. They awakened from the unknown world and were full of confusion and fear. After waking up, Guan Xiaotong went from being a timid “Guan Xiaocoun” in a gossip puzzle, and turned into a probing and reasoning expert “Xiao Zhiling”. His inverse reasoning logic envied everyone, and his high EQ gradually revealed; Li Yifeng was greatly confused on the rooftop. The scene of shouting “Who am I?” also made the cause of the crossing incident even more confusing; Qin Xiaoxian opened his eyes and found the trapped chicken coop and laughed at a group of netizens. Imagine the scene of coexisting with chickens. The inner collapse is beyond words. The first stage of the famous scene; and IXFORM-Tang Jiuzhou, which came to the modern world, has a huge contrast with the ancient times. The force value is in sharp contrast with the IQ. The audience can’t help but look forward to the details of the case and reasoning he will bring to everyone in the follow-up; After Zhao Youting wakes up, he is not only full of fear of the unknown, but the sentence “What kind of world is this falling into?” It makes the content of the first issue a sudden sense of suspense, and there are many doubts. Why did the five guests travel from ancient times to modern times? What happened to them? What hidden conspiracy does this series of seemingly unexpected dilemmas imply? What information does the “H” of the various signs on the ground reveal? Many mysteries are waiting for everyone to be revealed in the show.

As a variety show that focuses on suspense plot reasoning, “The Last Winner” is full of suspenseful live-action interaction, so that the audience can truly participate in the investigation of the case. The program team has carried out multiple designs in the dimensions of scene construction, screen presentation, and plot deduction. From the mysterious inn at the scene of the crime, to the gossip array in the inverted space, to the different scenes that travel through to the modern era, the design of the scenes is more surprising. In particular, the setting of the gossip array adds an upside-down and rotating design. Each rotation is full of tension and excitement, creating a sense of dizziness following the rotation of the guests, making the audience feel as if they are on the scene when watching. Not only that, the program screen adopts suspenseful dark tones, making the scene more mysterious and unpredictable. In addition, the modern plot design is full of suspense. Among them, Li Yifeng woke up on the rooftop and wondered “Why am I here?”, which further intensified the suspense and wondered what happened to the five guests since ancient times. story?

In addition to suspenseful and exciting case reasoning and game settings, the show adopts a way of real participation without role-playing, leading the audience to invest in reasoning and solving the case, and experience a battle with Mysterious Man X together. Through each guest’s observation, reasoning, and speculation on the story, the puzzles are solved in layers of danger to reach the truth, allowing the audience to enjoy the show while gaining joy and reasoning knowledge, and at the same time trigger invisible thinking behind the case.

Do you want to reason and solve the case with “Winner Tiantuan”? Want to see how the stars of Shuangshang Online search for evidence to find the truth? “The Last Winner” will be broadcast exclusively on iQiyi at 12:00 on September 24. Don’t miss it! 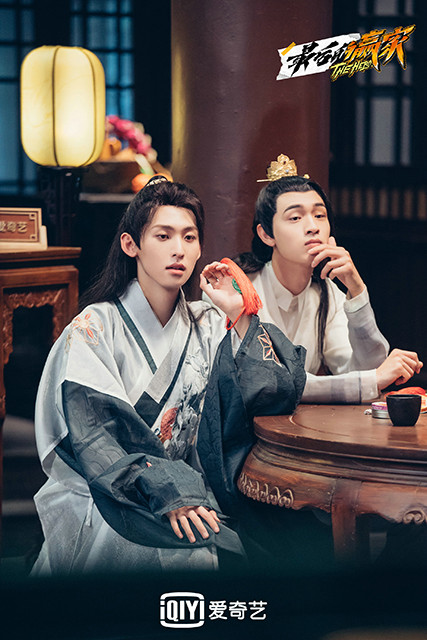 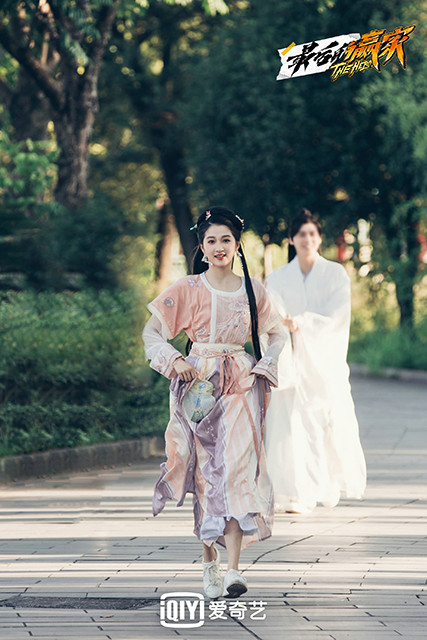 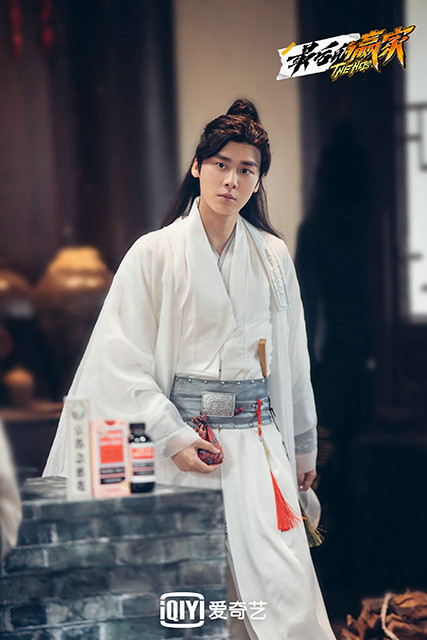 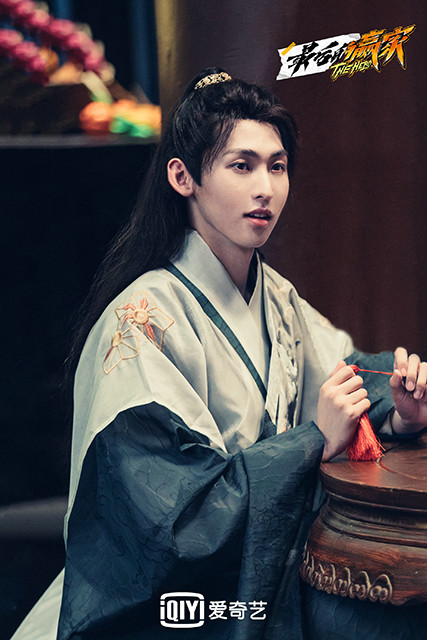 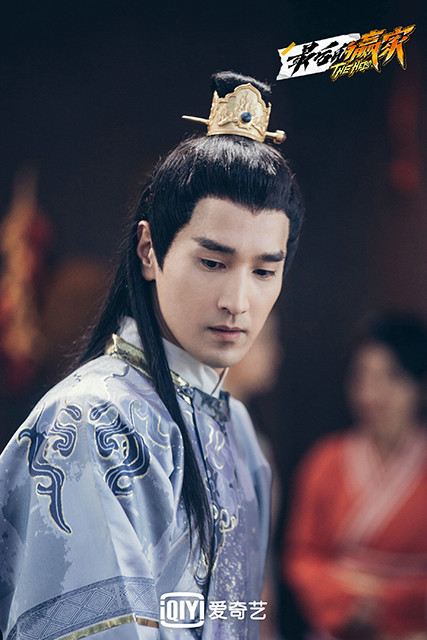