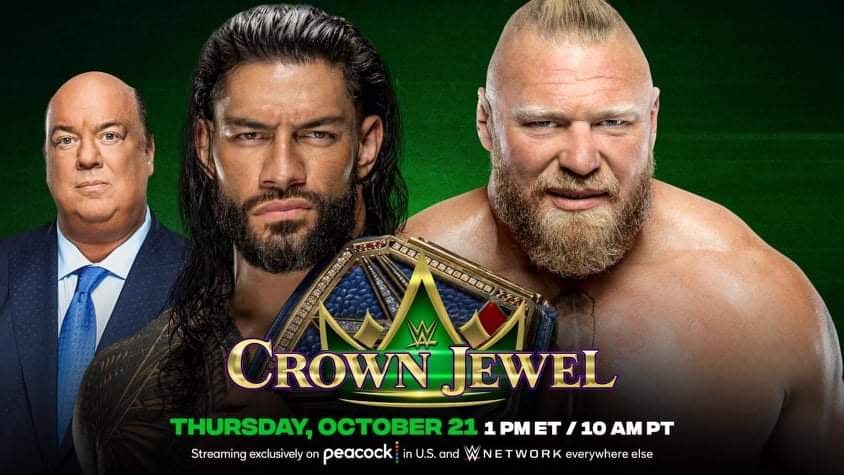 Brock Lesnar returned during Summerslam to confront Roman Reigns to everyone’s surprise. He then once again confronted Roman Reigns and dealt with the Usos on the Smackdown show at Madison Square Garden last week.

Today, WWE announces that Roman Reigns will take on Brock Lesnar at the Crown Jewel Show in Saudi Arabia. The title will be on the line if Roman Reigns manages to keep it in Extreme Rules on September 26, otherwise the match will become a singles match. Crown Jewel will take place on October 21.

The first official match for Brock Lesnar will therefore take place in Saudi Arabia against Roman Reigns. This year Crown Jewel 2021 will begin at 7:00 p.m. KST or 1:00 p.m. Montreal time.