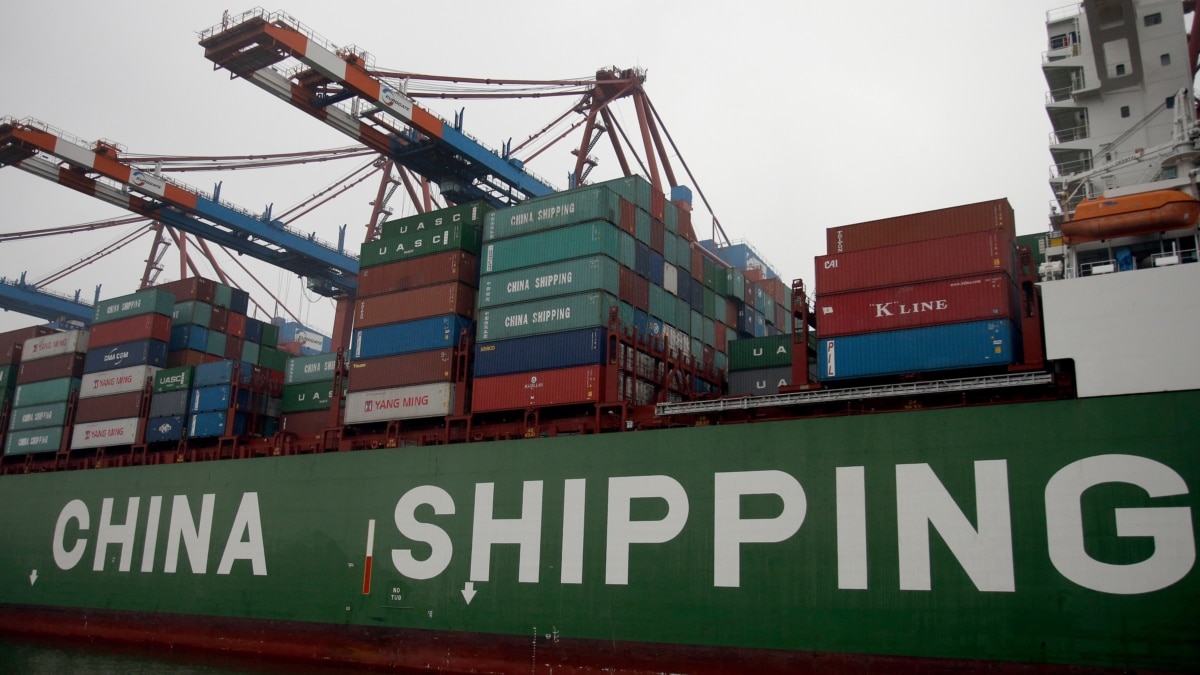 Beijing’s “One Belt, One Road” initiative includes economic expansion into Europe, and Chinese state-owned enterprises have therefore invested in important infrastructure such as European ports, railways and highways.

The Port of Hamburg is Germany’s largest port, handling more than 8.5 million shipping containers each year, and it is also an important transportation artery for Germany, the largest European economy and exporting country. If the current plan is approved, a large part of the shares of the Port of Hamburg will soon be sold to Beijing.

More than 30% of the containers handled by the Port of Hamburg are sent to or from China, and the number is more than four times that of the second largest United States. China’s state-owned transportation company Cosco wants to buy a third of the Tollerort container terminal in Hamburg.

Hamburger Hafen and Logistik AG (Hamburger Hafen and Logistik AG), which currently owns the “Blessed Land” container terminal, said the agreement is a natural step in an evolving relationship. The head of the company, Angela Titzrah, told reporters recently, “We hope to unite with China COSCO Group. The latter has been working with us for 36 years and is closer to us.” The mayor of Hamburg also supports this agreement, saying that he is facing This is the key to development during the competition between Rotterdam, the Netherlands and Antwerp, Belgium.

Critics say Germany should be more cautious about this agreement. Jürgen Hardt is a member of the Christian Democratic Union led by Chancellor Merkel. He told VOA, “The business plan in China is not entirely due to business reasons, but the political decision of the CCP.” “Therefore, we should be very careful with such agreements. I would rather exchange shares in the Port of Hamburg for Shanghai, which may be Shanghai. Hong Kong’s shares.”

Halt said that China does not allow foreign companies to own its infrastructure, so this is unlikely.

The geopolitical dilemma in Germany is the same as in Hamburg. Is China a friend or an enemy?

The EU describes China as a “negotiating partner, economic competitor, and system opponent.” As Beijing has treated the Muslim Uighur population, suppressed Hong Kong’s democratic rights, and carried out military expansion in the South China Sea in recent years, tensions have deepened. Liana Fix, an analyst at the Körber-Stiftung Foundation of International Affairs in Berlin, said this put Germany in a dilemma.

Fix told VOA, “Neither Europe nor the European Union has decided which way to go. On the one hand, they are under pressure from the United States. On the other hand, there are also economic interests, especially member states that are highly dependent on China.”

A recent poll by the Kolber Foundation for International Affairs suggests that German leaders may not agree with the public’s position.

Germany is also caught between the East and the West in its relations with Russia. Although Russia invaded Ukraine in 2014, German Chancellor Merkel still promoted the construction of the “Beixi-2” pipeline, allowing Russian natural gas to bypass Ukraine and enter Germany directly.

Ukrainian President Zelensky clearly warned reporters on August 22 after Merkel’s visit to Kiev last month, “I think (Beixi 2) is a weapon. I don’t think I have noticed that this is not only for Ukraine but for Ukraine. It is wrong to be a dangerous weapon for the whole of Europe.”

The United States also opposed this pipeline and imposed sanctions on relevant Russian companies. Fix said that this has caused some dissatisfaction in Germany. Fix said, “The strong opposition from the United States triggered a response from Germany to a certain extent. The latter thought,’Why does the United States participate in our energy policy?'”

Rüdiger Erben, a member of the Social Democratic Party of the State of Saxony-Anhalt in eastern Germany, believes that Germany will phase out coal and nuclear energy in the next few years, and a reliable supply of natural gas is very important. He told VOA, “Germany’s experience for many years is that Russia is actually a very reliable partner on energy issues.”

The EU is also seeking greater “strategic autonomy” to reduce Europe’s security dependence on the United States. France is very supportive of this step, but Germany has not approved the establishment of an “EU army”.

The United States signed an agreement with Britain and Australia last week to help the Australian government build a fleet of nuclear-powered submarines, and in the process cancelled an agreement with France to build diesel-electric submarines. European Union Foreign and Security Policy High Representative Josep Borrell told reporters on September 16, “This is a good opportunity to remind ourselves to consider the need to make European strategic autonomy issues a priority.”

Gero Neugebauer, an analyst at the Freie University in Berlin, said the path to global affairs for Germany’s next leader will not be smooth.

“Most Germans believe that Germany is currently facing a crisis situation. Globalization is not certain. The war in Afghanistan. The conflict in Europe. What impact will globalization have on employment? There is also the issue of immigration. Climate change.”

Neugebauer also pointed out that the main candidates in the election lacked visibility outside of Germany. “Merkel’s successor either has limited international experience or has no experience at all.”