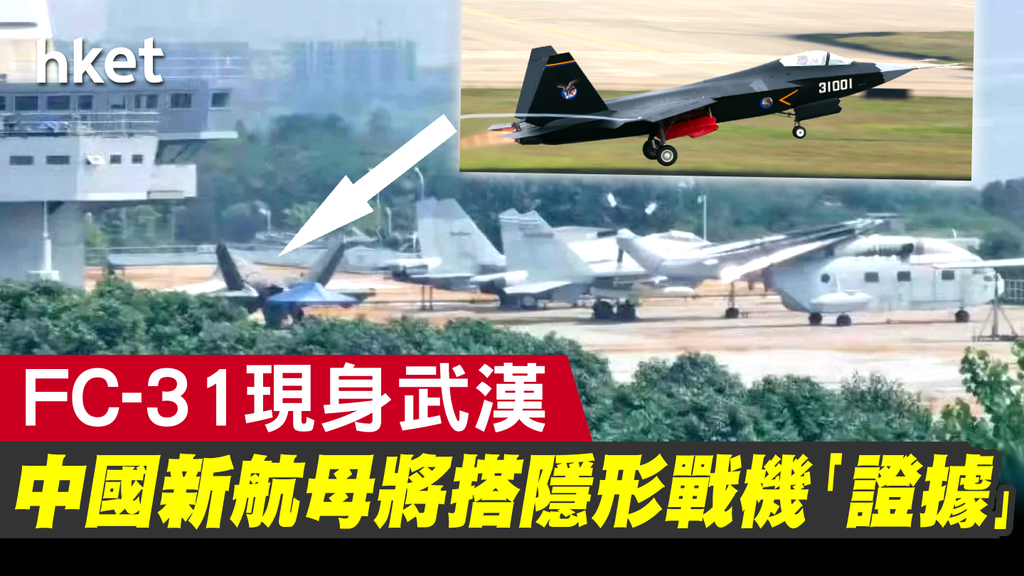 Recent photos show that a new fighter model appeared on the Wuhan Cement Aircraft Carrier. Its size is significantly smaller than the nearby J-15 and Zhi-18 models, and its dual-engine, dual-tilted tail and other features are similar to the FC-31 stealth fighter developed by Shenyang Aircraft Industry Group.

Chinese version of Ford-class aircraft carrier? The design of the recent exposure and exposure of the People’s Liberation Army 003 ship (multiple pictures, with films)

The FC-31 is the second stealth fighter developed by China after the J-20. But unlike the heavy-duty J-20 produced by Chengdu Aircraft Industry Group, Shen Fei’s FC-31 is a medium-sized aircraft with overall performance inferior to the J-20. It has not been adopted by the People’s Liberation Army so far. It is still a technology research and development project. It is not named after “J”.

In addition, the current carrier fighter J-15 of the People’s Liberation Army was also produced by Shen Fei. Shen Fei should have more experience in developing carrier-based aircraft than Cheng Fei. Therefore, whether China should choose the J-20 or the FC-31 as the stealth carrier-based aircraft is a hotly debated issue.

When the U.S. Army first used a drone to refuel the ring: Rebellion against the “Carrier Killer”

The US military news website The War Zone pointed out that the latest photos are strong evidence that China is at least seriously considering the development of the FC-31 into a naval stealth carrier-based aircraft.

According to the article, unconfirmed news shows that FC-31 may use turbofan-19 (WS-19) engine, with a maximum take-off weight of about 30 tons, which is of the same level as the US military’s F/A-18E/F Super Hornet. “The aircraft is basically certain. It is tailor-made for catapult takeoff on a new aircraft carrier. The 003 aircraft carrier is equipped with an electromagnetic catapult system, which is different from the ski jump takeoff of the two Chinese aircraft carriers already in service.”

Chinese military expert Fu Qianshao told the Global Times that the aircraft carrier simulation platform on the FC-31 explained that the development of a new carrier-based aircraft uses the improved FC-31 as an option, and may even be the first choice.

Fu Qianshao believes that the FC-31 on board does not mean that it will replace the J-15; FC-31, a medium-sized fourth-generation aircraft, and the heavy-duty third-generation J-15, will be used together for a long time in the future, which is better. Combination method.

After the South China Sea Yaowu, the only US aircraft carrier in the Asia-Pacific has gone. Why are 11 not enough?

The first exposure of Shandong ship’s domestic aircraft carrier weapons CCTV tells you how strong the “10,000-shot cannon” is