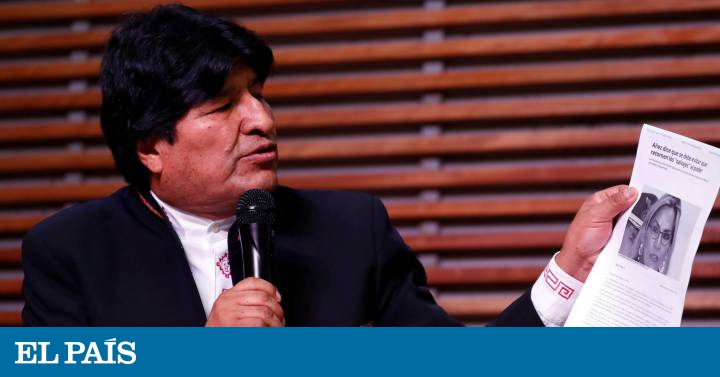 The Organization of American States (OAS) has strongly criticized on Friday the report of MIT researchers that concludes that there is no “statistical evidence of fraud” in the presidential elections last October in Bolivia. The article by electoral integrity specialists Jack Williams and John Curiel “ignores the main findings of the OAS audit report,” reads the agency’s statement. “It is not honest, fact-based, or exhaustive. Above all, it is not scientific, ”he adds. The findings of the regional entity spoke of “intentional manipulation” in the elections that gave Evo Morales the winner, who left office after pressure from the Army.

The OAS blames academics who ignore the findings of their report related to changes in the minutes and forgery of panel juries, and that during the vote count the data flow was redirected to two hidden servers and not controlled by personnel of the Supreme Electoral Tribunal (TSE), “which made possible the manipulation of data and the impersonation of minutes,” notes the letter addressed to the editors of The Monkey Cage, a section of the newspaper The Washington Post, who on Thursday published an analysis of Williams and Curiel about their study.

In the publication of Post, academics mention that the “irregularities” discovered by OAS analysts are based on “accusations of falsified signatures and alteration of the minutes” and the suspension of the Preliminary Results Transmission System (TREP). And that all this led them to conclude that “it affected the results of both that system and the final count.” The specialists in electoral integrity clarify that their study does not assess whether these irregularities “point to deliberate interference” or if they reflect the problems of “A system with insufficient funds and poorly trained electoral officials.” They simply say that the “evidence of statistics” yields a correlation of 0.946 between the margin of Morales and the candidate Carlos Mesa between the results before and after the countdown suspension

The preliminary count stopped with about 84% of the votes counted, when Morales exceeded by a margin of 7.87 percentage points to Mesa. When the system returned, the margin of the indigenous leader was more than 10 points. The OAS report determined that “an irregularity in that scale is a determining factor in the result” in favor of Morales and that according to “the statistical analysis” the victory in the first round of Evo Morales – who obtained an advantage of 10.6 % on Mesa- was “statistically unlikely.” MIT academics found a correlation of 0.946 between the margin that Morales had before and after the suspension of vote counting. “It is very likely that Morales has exceeded the margin of 10 percentage points in the first round,” they conclude.

The OAS audit report states that the “statistical analysis” of the results is only one of the factors that they considered in their findings. The agency document realizes that the preliminary results and the final calculation were “vitiated”; identified a pattern of manipulations and falsifications of the electoral records; a chain of poor custody; and unreliable minutes. “It is a challenge to the reason that someone takes one of these tests, supposedly questions it, ignores all others and declares with pride that ‘there is no reason to suspect fraud,” says the regional entity.

A first version of this information was entitled “The OAS rejects the MIT study on elections in Bolivia.”

The study by Jack Williams and John Curiel, researchers at MIT, was commissioned by the Center for Economic and Political Research (CEPR) and is not a “MIT” study as mentioned in the first version of this publication.