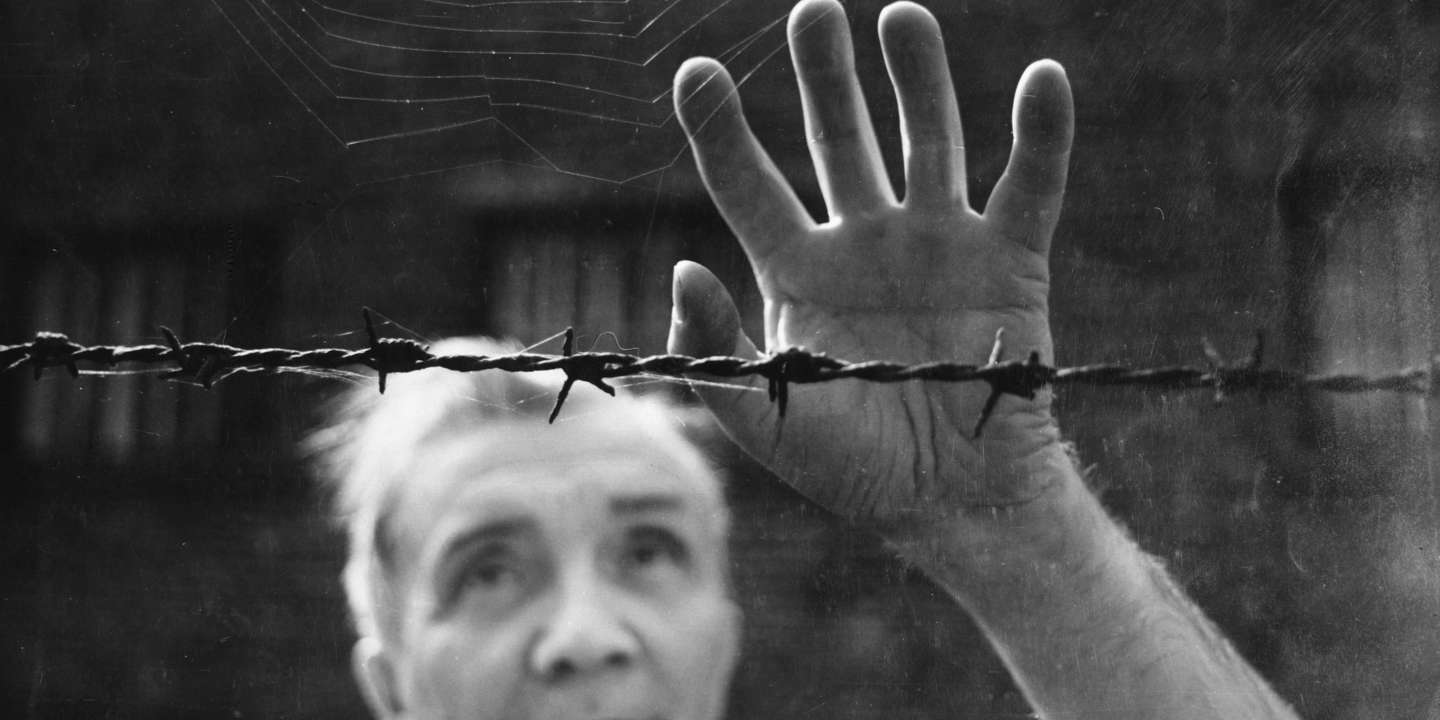 Investigation“The songs of hell” (3/6). During his five years of detention in the German camp of Sachsenhausen, the Polish artist made it his mission to memorize all the songs and poems that his companions, convinced that he would be the only one to survive, wanted to transmit to the world after.

Two sweeping duty prisoners quietly approach each other in the central courtyard of the Sachsenhausen camp. Above all, do not arouse the suspicions of the guards, nor of the soldiers posted on the watchtowers. On this day in 1942, the friends made an appointment for a meeting of the highest importance. Aleksander Kulisiewicz, the underground singer of the camp, renowned for his fabulous memory, leans towards his comrade. ” I’m listening to you “, he said to him. The other prisoner, Aron Liebeskind, is terrifyingly thin, his skin is translucent gray, he struggles to stay upright. As death approaches, the time has come for him to entrust his friend Alex with his most precious treasure: the words of a lullaby.

In a low voice, he begins to sing: “Black door crematorium / Who will lead to hell / We will drag black bodies there / That the flame will burn / We drag my boy there / With fine gold hair / With your hands in your mouth / How will I do, my son ? “

The words are instantly imprinted on the infallible brain of Alex Kulisiewicz. The young Pole knows the misfortune of this former watchmaker who saw his son and his wife die in the Treblinka extermination camp. He alone was able to escape, before being captured again, then sent here, north of Berlin. He has a deep basso deep voice. In the barracks 37, he is part of the clandestine choir of twenty Jewish prisoners who meet in secret to offer their companions a cappella concerts.

“Oh, I’m wrong and you sleep / And so my son you sleep / Do sleep, my little one and I, me, I will rock you / And you sun, why are you silent, You who know the truth / Barely three years old that he had, But they had no mercy / His eyes of silence, Which look at you from here below / Tears of stone, which do not flow. ” In Treblinka, Aron had composed this song the night he found himself watching over the lifeless body of his little boy.

At the last stanza, his voice rises in power: “Oh, I’m wrong and you sleep / And so my son you sleep / Sleep, my little one / And me, me, I will rock you. “” Shut up, be careful! Alex throws him, fearing to be spotted by the guards. And what kind of lullaby is it, if you start screaming? “ Aron replies: ” You are an idiot ! All I wanted was for my son to wake up. “

The former watchmaker disappears in the crowd of thousands of prisoners but his confession remains engraved in the mental repertoire of Alex, able to memorize the slightest song after a single listening. In Sachsenhausen, this gift inherited from childhood remains his strength, and he intends to use it. There was no longer any question for him of contenting himself with distracting others in the secrecy of the barracks. He must also remember their words, welcome their pain, their testimonies, keep them, in order to share them one day outside, if this hell ends.

You have 70.68% of this article to read. The rest is for subscribers only.